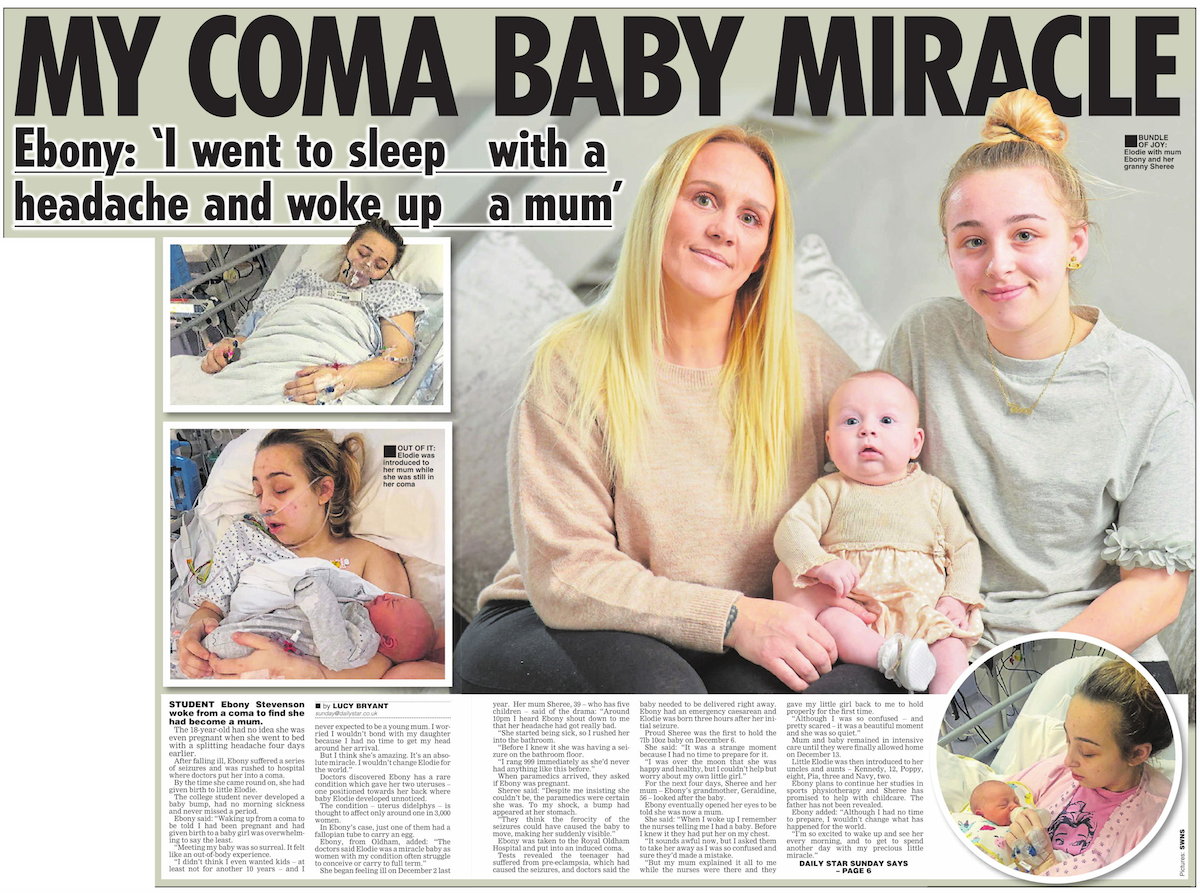 Would you like to find out how to sell a story to a Tabloid Newspaper?

If you would like to Sell a Story to a Tabloid Newspaper, you’re in the right place!

If you would like to sell a story to a tabloid newspaper, simply fill out the story valuation form on this page and we’ll tell you which publications are willing to pay you the most money for your story.

We are part of the largest and most trusted press agency in the UK. We supply up to 20% of all daily national newspaper content and have a Google backed payment tracking system. This means that you stay in control of your story and your payments.

Each month, SellUsYourStory.com helps hundreds of people tell their stories to newspapers all over the world. Recently we helped Ebony share here amazing story.

We arranged an exclusive deal with the Star on Sunday who were willing to pay Ebony the most for her story. After the story was published, we arranged further deals with The Sun Newspaper, The Mirror, Metro, and the BBC. Read more below…

Ebony, 18, told mum Sheree, 39, that she was going to bed early as she had a splitting headache. But Sheree heard her call down an hour later, and before she knew what was happening, Ebony had started to have a seizure.

Calling an ambulance, Sheree wondered what could be wrong, and when paramedics arrived they questioned whether ebony was pregnant.

Sheree assured them she was not, but upon getting her to hospital, doctors confirmed that she was – and the force of the seizures had caused her bump to appear from nowhere.

How the pregnancy stayed hidden

Just four hours after the seizures started, Ebony was rushed for an emergency caesarean, where she gave birth to a perfectly healthy little girl, weighing 7lbs 10oz.

When ebony woke from her coma four days later, they placed her baby on her and delivered the news she was now a mum.

Although at first she couldn’t believe it could be true, Ebony soon took to life as a new mum and named her little girl Elodie.

The size of Elodie caused doctors to assume she had been carried to full-term, despite Ebony having no clue she was expecting, and lead them to discover that she has a double uterus, allowing the pregnancy to stay hidden.

Sell Your Story to a Tabloid Newspaper

Sell your story to a Tabloid Newspaper today by filling in the Story Valuation form on this page.

One of our friendly and experienced writers will give you a call to discuss your story in more detail. We’ll arrange deals with newspapers interested in publishing your story.

Once you’re happy to go ahead, we’ll get your story published, and ensure you get paid for it.