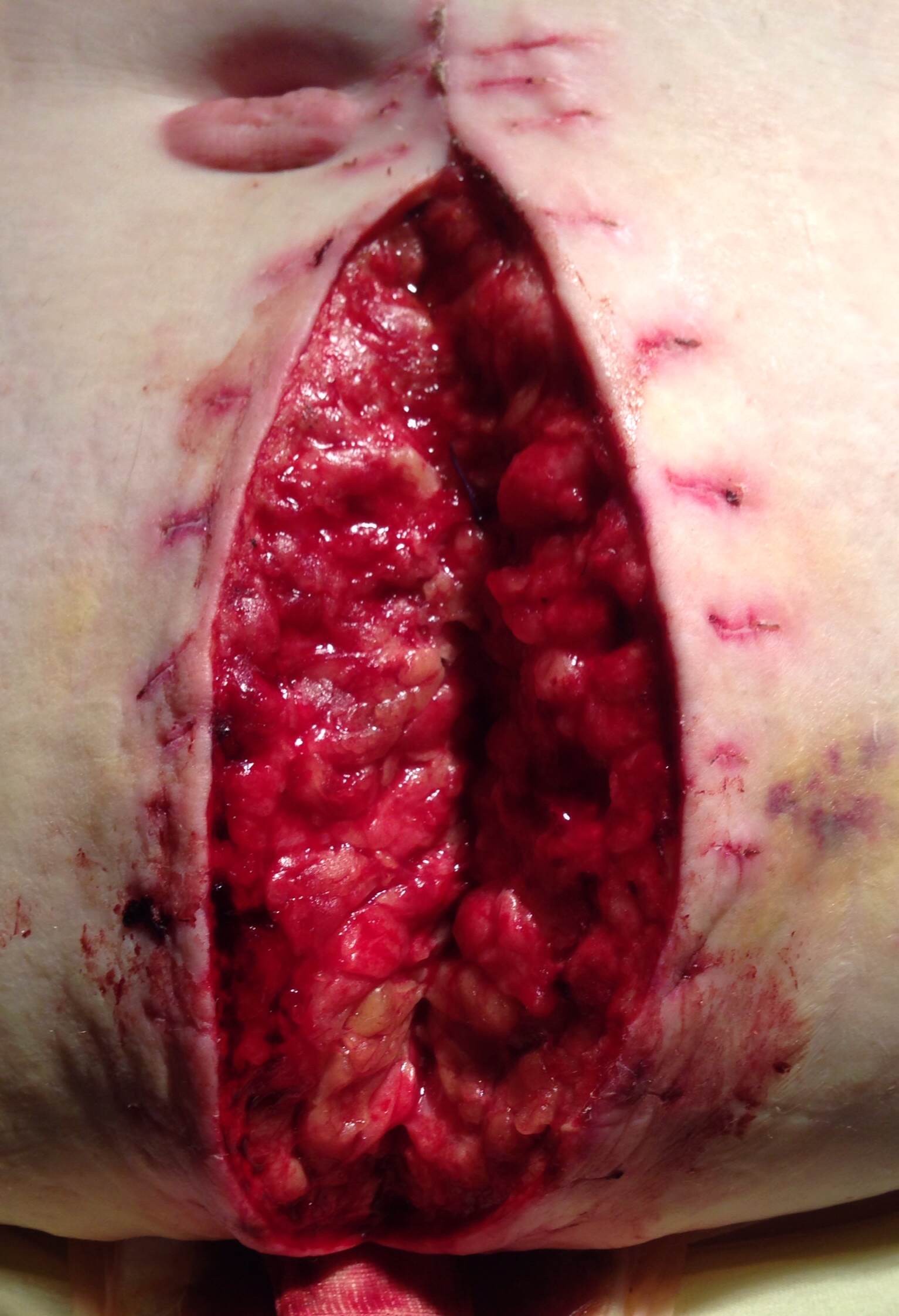 She hadn’t been home for an hour when her daughter, Shannon, 13, asked if she knew her “scar was bleeding” and a closer inspection revealed that instead of healing, the wound had burst open and was oozing and bleeding.  In a panic, Clair called for her husband Jason, who ran up the stairs and battled to tape the wound shut with masking tape, as Clair grappled with either side of her torn tum with her bare hands.

Jason immediately called 999 and was told by the operator to clamp together his wife’s stomach and help was on its way.

Dizzy and sick with pain, Clair had lay down on the sofa at the advice of the phone operator. They asked Jason if he could see his wife’s intestines, but all he could see was the bright res tissue. Over 100 minutes passed before the ambulance showed up, in which time, Clair had almost passed out from the pain, and the tape was slowly coming apart.

When Clair was finally admitted hospital it was a further four hours before they were seen by a doctor. The wound was bandaged with a special plaster and she was given antibiotics through a drip but they were told it could not be sewn up as there was an infection.

Clair has to take 51 pills a day as she suffers from fibromyalgia, a condition which causes pain all over the body, restless leg syndrome and Raynaud’s disease. The latter affects blood circulation to parts of the body, usually the fingers and toes, while restless leg syndrome causes an unpleasant feeling in the feet, calves and thigh.

Her condition means she is constantly in pain and can only walk aided with crutches or with a person helping before she needs to be moved in a wheelchair. To add insult to injury, the family then encountered problems at the hospital because an admin error meant medics would not let Clair self-administer her 51 daily pills, despite them being prescribed by her GP.

‘I wanted to drive Clair to hospital myself, but she and my father-in-law were worried about moving her with the wound split open,’ he said. ‘They basically convinced me otherwise.’ 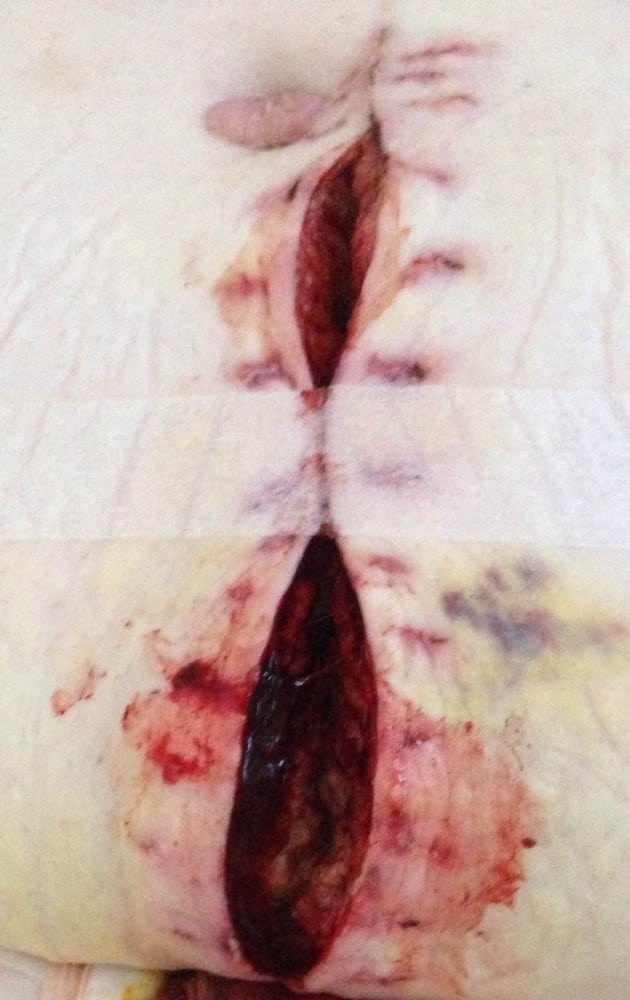 ‘When the ambulance driver turned up, he seemed bemused that I was so angry. He said he only got the call 13 minutes before.’ He added: ‘Looking back, they did have to dig really hard to get the stitches out – and yanked them out – I’m not sure if that contributed.’ 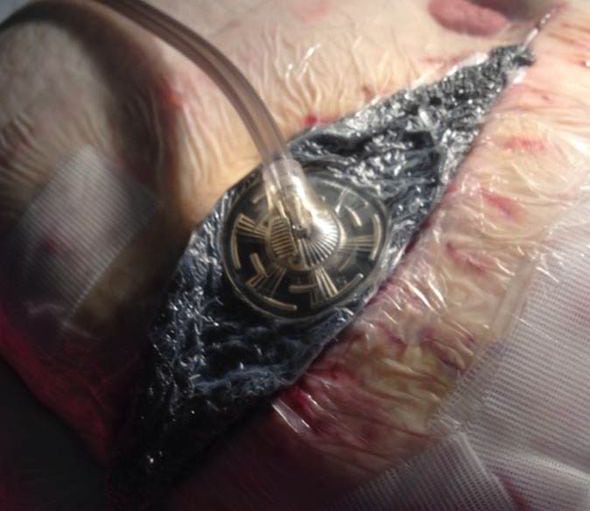 He said that because Clair, who relies on a wheelchair and crutches, is physically disabled, the surgeons agreed to remove all the stitches in one go rather than two stages, as they do normally. ‘We trusted the doctors and thought it would save to-ing and fro-ing,’ he said. He said the stitches that burst, were the external ones, not the internal ones holding her stomach together.

If you have a story you would like to share with the press about a medical disaster, medical mistreatment, or something else, use our story valuation form on the right hand side of this page.  All stories and photos that are sent to us by you are treated completely confidentially.  There is no obligation and we will not print anything unless you are completely happy to go ahead and we’d fully interviewed you on the phone (or in person if you prefer). 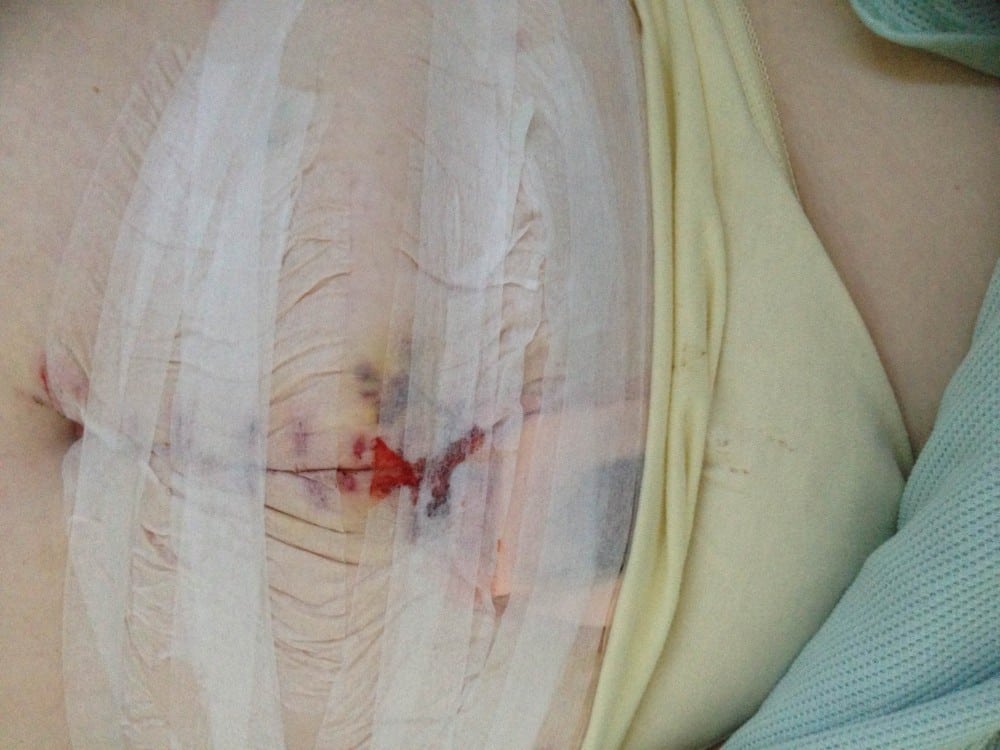