We help client share her horrific domestic violence story after she contacted us saying ‘my partner tried to kill me’.  SellUsYourStory arranged an exclusive deal with top selling women’s weekly Take a Break.

As I sat on the sofa with my feet up watching the telly, my partner Dean, 39, brought me a cup of tea.

Sitting down next to me, he kissed me on the cheek. ‘Be careful,’ he said. ‘it’ll be red hot.’ He was always so caring and after a year together, I started to forget how lucky I was to have him. The second year of our relationship started as good as the first; Dean would buy me chocolates, help me around the house and even take me out on surprise dates.

Once I came home from work, he swept me off my feet and told me to: ‘go and get ready, we’re going out.’ We went for a three course romantic dinner on a school night. It was a lovely surprise. But just over a year in I started noticing a change in his character. He became sullen and insecure. I knew he liked a drink but when he began drinking at home, and drinking heavily, I knew something was wrong. The cups of tea and kisses stopped and we were arguing more than usual. 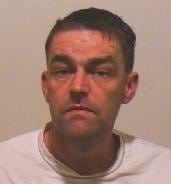 ‘Maybe we’re just passed the honeymoon stage,’ I thought to myself. Dean would check my phone daily and ask if I’d spoken to any men while out shopping, I’d not given him any reason to doubt me at all. He seemed paranoid. Weeks later, when I came home in Newcastle, I dumped my bags on the sofa, I was greeted by an alcohol-fuelled Dean.

‘I know you’ve been seeing other men, Nicola,’ he said aggressively, grabbing me by the throat and pinning me against the wall. Terrified and stricken with fear, I couldn’t breathe as he lifted me off the floor with his bare hands. “I haven’t. I swear,” I said, through desperate gulps of air. Then, just as quickly as it had begun, it was over. He let me go and I fell to the floor.

I was shocked. I couldn’t believe that Dean had just hurt me. I was too scared at that point to call the police. I knew he’d had a drink too, and it wasn’t the ‘real Dean’ who’d attacked me. But how could I forgive him? Later that night, after he’d sobered up a bit, he brought me a cup of tea and apologised. ‘It wasn’t me, babes,’ he said. ‘I don’t know what came over me, but I’m so sorry.’ I decided to forgive him. It was after all the first time he’d done anything like that.

But as the weeks went on, there was no improvement in Dean’s bad behaviour. I would come home most nights to find empty cans of beer on the side, along with the usual, ‘Who have you been sleeping with tonight?’ from a drunk Dean. He would continue to accuse me of seeing other men, and the one time I disagreed and pleaded my case, he lunged for my throat once more. But despite forgiving him, I was becoming scared of his abusive behaviour and ridiculous accusations.

I would cower away every time he raised his voice and I began to feel like a prisoner in my own home. I was so insecure, I wouldn’t go to work. I would dread seeing him and saying something wrong in case he lashed out at me. It was like walking on egg shells. The day it went too far was when Dean punched me in the face, after yet another argument about my supposed cheating. He knocked me to the floor to and knocked one of my teeth out too.

Dean’s rages were uncontrollable, they were all alcohol fueled and bought on by jealously. I never knew why he would get so aggressive towards me, all of his attacks her unprovoked and he was just a violent man. So, after a year of abuse, I ended it with Dean in March 2013. It was so difficult leaving him after all the good times we’d had together but I was strong woman and he had make me weak – I just couldn’t live as a punching bag anymore.

Dean pleaded with me, saying he needed me, but it was no excuse. I had to leave before I became trapped for good in a domestically abusive relationship. Dean was surprisingly civil about the break-up when I first told him, and he agreed it was the best thing for both of us. I was dumb-founded. But it felt like a weight had been lifted from my shoulders and I could take charge of my life again. I packed my bags and moved into a friend’s house.

But, hours later, his actions turned menacing. I checked my phone and was greeted by over 30 text messages, 40 missed calls and 14 voice messages. My heart raced with worry, and with every text I read my heart started to beat faster. ‘I’m going to kill you, I’m going to hunt you down and slit your throat.’ I could barely keep hold of the phone for shaking. I listened to his voicemail: ‘Your mum will have to explain to her grandchildren why their mum is dead.’

By now I was in floods of tears, but the hate kept on coming. ‘The last face you’ll see will be mine, just before I slit your throat.’ I was so frightened for my life and I didn’t doubt for a second he wouldn’t follow through with his vile threats. I decided to go to the police about Dean’s abuse. I was armed with my phone and the evidence of his death threats.

Early the next day, after a sleepless night, I was on my way to the police station when my phone started to vibrate. I was shaking when I pulled it from my pocket and put the phone to my ear. After a few seconds of silence, a familiar voice said: ‘I can see you.’ ‘Who is this?’ I said with a panicked voice, although I already knew. I started to pick up the pace, knowing the police station was only a few doors away.

‘You’re a bit dressed up to be going to a recruitment meeting,’ the voice said. I stopped dead in my tracks, I started to sweat and my heart started to beat like crazy. ‘I told you I was going to hunt you down and slit your throat.’ It was Dean. I looked around me hastily.  It was ten past nine on a busy Friday morning and Dean was nowhere to be seen. ‘I’m holding a large steak knife, with a sharp blade. Do you know what I’m going to do with it?’ the voice in my ear continued.

Although I was only a few yards from the police station I didn’t want to hang up. I wanted them to hear exactly what he was saying. But I was still terrified and couldn’t get there fast enough. ‘I’m going to plunge it into your throat, slit it across and I’m going to kill you,’ said Dean psychotically. Suddenly I was right outside the police station.

I looked up and saw Dean crossing the road towards me. Frozen stiff, with the phone still at my ear, he knocked me to ground with all his force, sat on my chest and started to lunge the knife into my throat. My arms and legs were all over the place, I was screaming: ‘Help me! Help me!’ Strangers stopped dead in their tracks, too scared or shocked to move. ‘This is it,’ I thought. ‘I’m going to die.’

I was doing everything in my power to stop the knife slitting my throat. It all happened so fast. The knife sunk into my hand like butter and grazed my throat. There was blood everywhere and people started to run. ‘I’m only doing this,’ he said, ‘because you told me I wouldn’t,’ he raged, thrusting the knife up and down. It wasn’t until a very brave man pushed Dean off me that it stopped. I’m not sure the man was, but I would like to know and thank him for saving my life.

Dean got up, looked around, put the knife into his jacket pocket and strolled off slowly down the street, as if on a Sunday morning stroll. I couldn’t believe I had survived the attack.  Passers-by helped me to my feet and into the police station. I was shocked that not one police officer came to help me, but by that point I was just glad to still be alive.

Dean was sentenced to three and a half years in prison at Newcastle Crown Court and I have a life-time restraining order against him. Nearly a year later, my sleep pattern is still mixed up, every time I close my eyes I see Dean lunging the knife into my throat. If the attack would have taken place on a quieter street, or even at night, I’m sure I would have been killed.

Dean has made me a stronger person and the only thing that makes me feel safe at night is the permanent restraining order against him. I have moved on with my life, I live in my own house and have even had a promotion in work.

If you would like to sell a similar true story to ‘My partner tried to kill me’ or you would like to share any other story with a magazine or newspaper, we are here to help.  Our free service helps you to share your story and help others in a similar situation, and achieve the highest fee possible.

Simply complete the form on this page to inform us about your story (you only need to provide a little detail about what happened) and one of our team will call you to discuss your options and provide a story valuation.

If you would like more information, you can read more about the story selling process here: Sell My Story