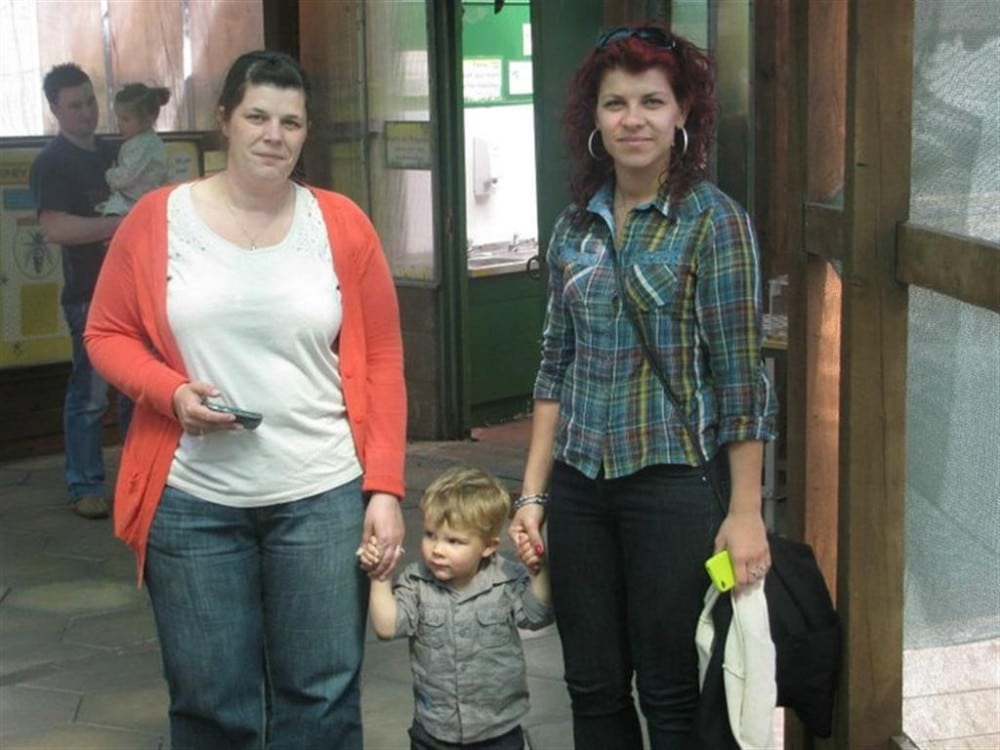 I Watched as a Maniac Murdered my Best Friend: A True Murder Story

If you have a shocking, heartbreaking or terrifying story that you want to sell to the press, and you want it to be handled sensitively and professionally, please contact us.  SellUsYourStory.com is the online division of the UK’s largest and most respected press agency.  We’ll help you get your story told, your way, and ensure that you get the maximum fee for yourself or your chosen charity.

Georgina contacted us after watching her friend get murdered by a maniac.  Read about Georgina’s horrific ordeal below…

I was in fits of laughter as Ola showed me her newest Zumba moves.

She was kicking her legs in the air and jumping up and down trying to bounce the fish out of the fish tank and we were both in hysterics.

It was 2am and we’d just come back from one of our late night shopping trips to Tesco.

The men and children were in bed and it was our time to play.

“You,” he said pointing at me. “Get out of my house this minute. It’s two in the morning and I’ve got to sleep.”

Ola and I looked at each other and burst out laughing, leaving Maciej sulking back to the bedroom.

We were best friends.

The shared experience of carrying a child brought us together and after we gave birth we became even closer.

During the day we would look after the kids as Maciej and my husband, Aaron, 29, went to work.

Over coffee we’d talk for hours and a bottle of wine at night would have us nattering like schoolgirls.

One night she even confessed that she didn’t fancy Maciej.

“I just got pregnant, Gina, and that was it. What was I going to do?” she said.

I had always been a bit unsure of Maciej – he was quiet and calculating and an alcoholic.

He’d hide bottles of coke filled with vodka in the baby’s pram.

He’d hit her in the past too and played constant mind games with her.

Ola deserved much better, but she stuck it out for the kids. They were her whole life. 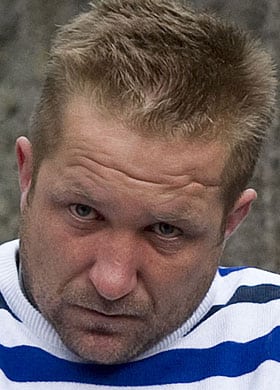 She spent the next week in Poland visiting her family.

Aaron and I helped Maciej with the two kids.

Maciej wasn’t capable of caring for them on his own – not even when he was sober.

When Ola returned she came to me with a look of desperation on her face.

“I’ve made up my mind, Gina. I don’t want to be with him anymore,” she said as though if the words didn’t come out there and then, they may never come out at all.

“Of course I will,” I said hugging her.

I wondered what she would be entitled to if she left.

We went to Women’s Aid together and after speaking to a few people, she was given a flat of her own.

It wouldn’t be available for a week or so, so she had to stick it out with Maciej for a bit longer.

In the meantime, we secretly packed her things and stored them in my flat for the day she could finally leave.

After a week, she got the good news that they had a flat for her and we went to the letting agency together to pick up the keys.

I’d never seen her so tense. She was shaking, and breathing as though she had to keep reminding herself to.

“You’re almost there,” I said, holding her hand as she signed the forms.

I spoke to soon.

Maciej had followed us. 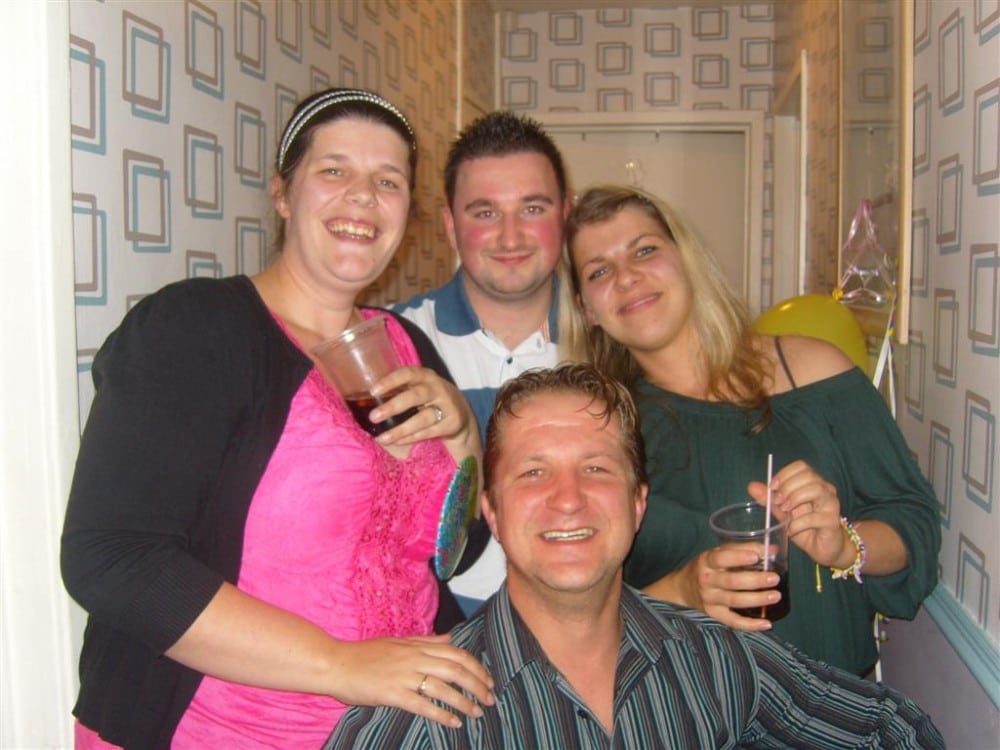 He barged through the door of the letting agency and began screaming at Ola.

“You can’t give her a flat, she’ll stay exactly where she is,” he yelled.

The menace in his voice was terrifying. It was no wonder Ola wanted to get as far away from him as she could.

They argued for what seemed an eternity.

He only left when the letting agent threatened to call the police.

Ola had had enough

She went to Maciej’s flat to talk to him.

I felt so sorry for her. All she wanted was to be happy; to be left alone and live her life.

I looked at my own relationship and felt so lucky to have Aaron.

Yes, we argued, but he was the man of my dreams, the father of my children, and I loved him.

I just wanted Ola to have the same thing.

She was downstairs in Maciej’s flat for less than ten minutes before the fighting began again.

Not long after, she brought the kids upstairs to play.

We stood in the kitchen smoking a fag as the kids played in the living room.

“Whatever I do, wherever I go, he’s there, trying to hurt me.”

You poor thing, I thought. 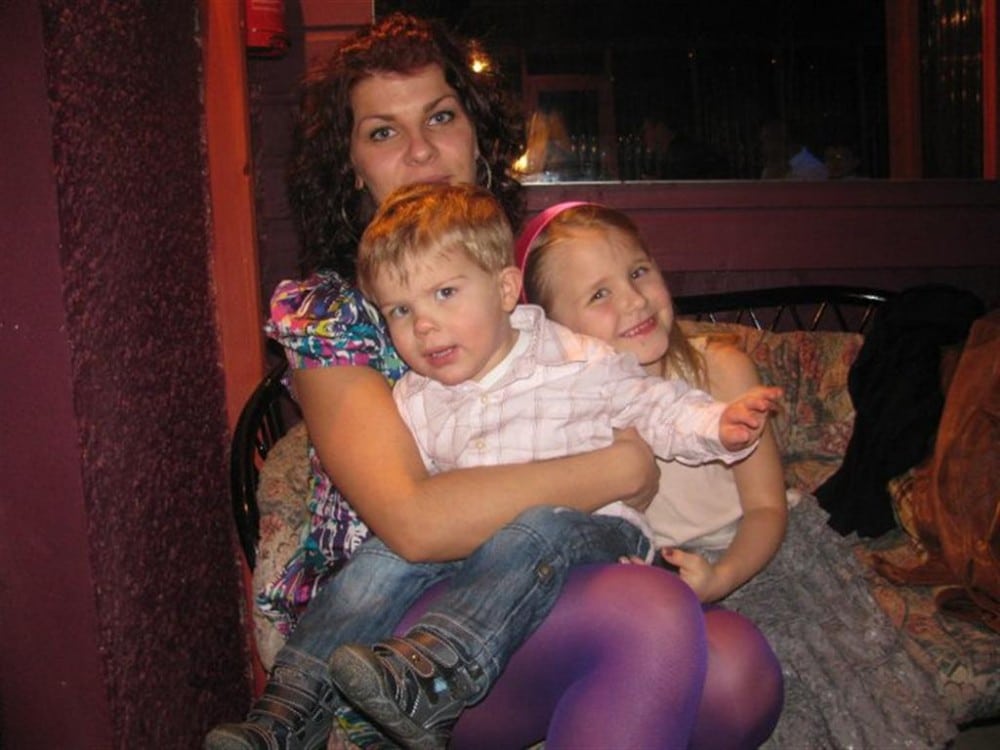 Over the next few weeks, things calmed down.

Life for me and Aaron was perfect. His job was going great, our eldest, Stephen was doing really well in school and we were even looking forward to a rare holiday.

Ola was happy in her new flat too and the kids were doing fine.

Maciej would have them some nights and she’d come around to pick them up in the morning before popping up to mine for a coffee.

She was a lot happier after the move.

“You deserve to be happy.”

When date night came around, we planned what she was going to wear and I did her make-up and wished her luck.

I was so excited that I called her during the meal to see how it was going.

But I was also checking to see if Maciej had called or texted as he was back on the booze and pestering her again.

“Helllooo, I’m just ringing to see if you’re having a nice time and that you’ve not had any calls,” I said.

“But I want to hear all the dirty details,” I said just before I hung up. 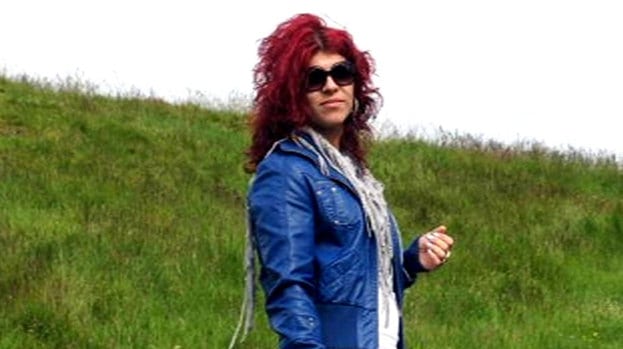 Afterwards she told me what a wonderful time she’d had.

“And they closed the restaurant and brought us another bottle of wine, on the house.”

I laughed seeing how happy and giddy she was.

Mo really treated her and she felt like royalty. He paid her attention she’d never had before.

But Nadia, Ola’s eldest, had let slip to Maciej where she lived.

It turned out that Maciej had gone around one morning when Mo had stayed over.

Ola said he reeked of alcohol and was staggering all over the place.

He confronted Ola on her doorstep before pushing his way into her bedroom and chasing a half-naked Mo out into the street.

He then chased him in his car trying to run him down.

The first I heard about it was when Maciej came round to my flat later that morning and began screaming at me.

I said I didn’t know what he was talking about.

I began to shake as he leaned into me; the alcohol steaming on his breath.

“You know exactly what I’m talking about.”

I closed the door on him and went back to the kitchen and shakily took out a fag and lit up.

I hated him so much!

Ola phoned me later to explain what happened.

But there was something different in her voice. Something at the time I couldn’t put my finger on.

It was only later that I realised what I’d noticed was acceptance.

She was beginning to think that this was her life, that this never-ending drama with this maniac was her lot in life.

Later that night she confessed to me that he had threatened to kill her. 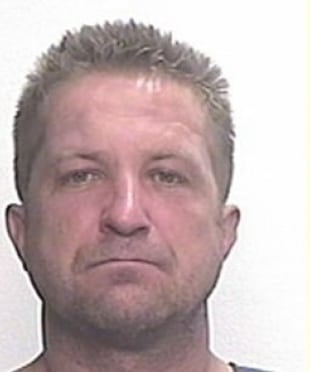 The next day Maciej phoned to tell her he wasn’t going to bother her anymore.

She’d heard it all before. And so had I.

In the morning, she text me to check on Maciej.

His work had phoned her to say he hadn’t turned up and if he didn’t come in he would be fired.

I went down to check on him but he was lying in bed drunk and babbling like a child.

I phoned Ola to tell her and she said OK, just leave him. She’d speak to him later.

That night as I was bringing in the shopping from Tesco, I heard a scream.

I threw the bags into the hall and ran downstairs.

The front door was open.

My heart was pounding.

I opened the door and saw Ola lying slumped on the floor of the children’s bedroom, crying.

Maciej was looming over her, his face bright red and his fists clenched.

Nadia was standing there sobbing yelling, “Help my mummy!”

I grabbed Nadia and in panic, left Alan behind who was standing in the corner of the room.

On my way out I noticed something glimmering in Maciej’s hand; something shiny.

I threw Nadia into our flat and shouted to Aaron to call the police.

Then I went running back downstairs to get Alan.

When I opened the door, I couldn’t quite believe what I was looking at.

Maciej was standing over Ola thrusting a kitchen knife into her chest.

She was covered in blood and had her arms up to protect her but he just kept on stabbing her.

Frozen to the spot, terrified and numb, I mustered the strength to scream.

Maciej stopped dead in his tracks and turned to me.

Ola’s limp body slumped down to the floor.

His eyes bored into me and stayed on me as he carried on attacking her.

It was as though his eyes were saying ‘I told you I’d do something like this. This is what you get for trying to help her leave me.’

I didn’t know what to do.

He was killing her.

In front of me. 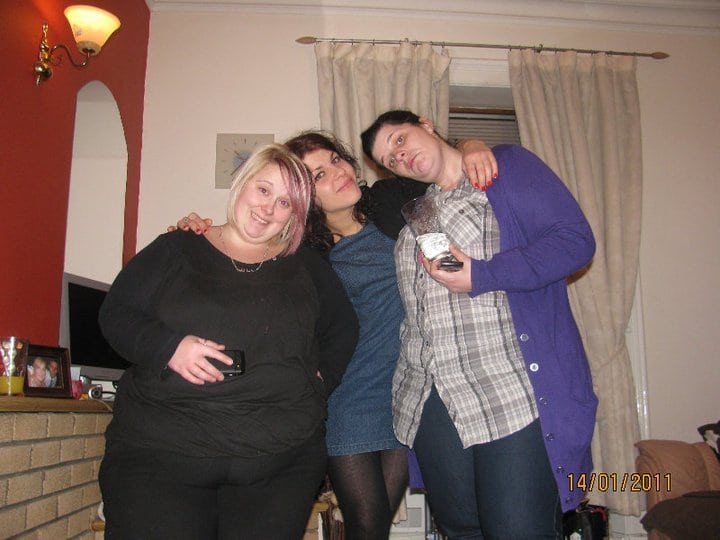 It seemed like it would never end as the blood kept pouring from Ola as he continued stabbing her.

Alan was screaming, crying, holding his knees in his arms.

I wanted to do something.

I wanted to jump on him and scream and bite and tear and rip at his flesh – anything to stop him murdering my best friend.

I don’t know what happened then.

Aaron came and got me.

The police arrived and they took him away.

When the paramedics went in to get Ola, they found her lying in a pool of her own blood with Alan knelt beside her.

When they wheeled her out on the trolley her eyes were still open.

But there was nothing there – no response – and I knew she was gone.

My whole world came crumbling down in an instant.

He had stabbed her in the neck, chest, arms, legs, heart and even her back.

He literally tore her heart apart.

He was arrested at the scene, pleaded guilty at Edinburgh High Court (June 16th 2010) and later sentenced to life imprisonment.

I haven’t slept since, and can’t face going back there.

I think about it everyday, and have nightmares about it.

I would never have not had Ola in my life – she was the best thing that ever happened to me.

My hope now is that her children can grow up without being affected by this; that they can live normal lives.

I just miss her so much.

If you would like to sell a story to the press please use the form on the right hand side of this page to contact us.  Your story will be handled sensitively and professionally by our trained features writers.  We provide the press with thousands of features and articles every month.  To find out more about selling a story, read our Sell My Story page.