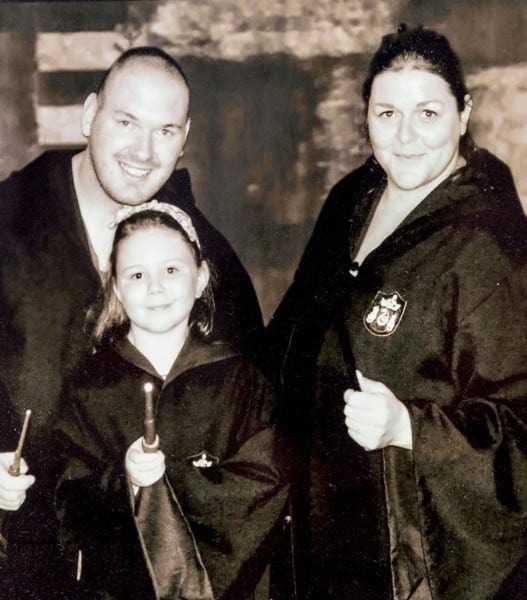 Read our latest Magic Wight Loss Story! If you would like to know more about selling a wight loss story to the press, visit our Sell My Weight Loss Story page.

Piling my plate high with crispy chicken nuggets and slick potato chips straight out of the deep fat fryer I shouted my husband Dave, 33, and our daughter Neve, 7, down for dinner.

I was in the mood to celebrate as in the morning we were taking a trip to the Harry Potter Film Studios in Watford as a treat for my birthday. For a massive Potter fan like myself, a trip to ‘Hogwarts’ was a dream come true and I went to bed that night feeling like a child on Christmas Eve. The next day I was practically quivering with excitement when the three of us walked straight into the Great Hall.

“It looks just like in does in the movies!” I cried.

I was determined to make this a day to remember so I made sure Dave got a snap of me posed in front of all of the famous sets and costumes. But each time I looked back over the pictures and saw the dumpy woman filling up the camera screen I cringed and immediately deleted the evidence.

As we continued through the studios we came accross an opportunity to pose on a broomstick. “Go and hop on one Marie and I’ll take your picture,” Dave urged, gesturing with the camera. Scanning my eyes over the small sticks and then back down at my thunder thighs I decided Quidditch was not the sport for someone of my size and I shrugged as we moved on without getting a photo.

Right at the end of the tour there was one photo opportunity that I couldn’t resist –  a chance to have a professionally shot photograph in wizarding robes. “Oh! We have to get one of these done. It will look great on the wall at home,” I said to Neve and Dave. As we stood in the que watching families pose in their gowns I quipped to Dave:”I hope there’s one of those costumes big enough to fit me!”

It was typical of me to make a joke out of my size. It was usually because I didn’t want anyone else to get in there first. 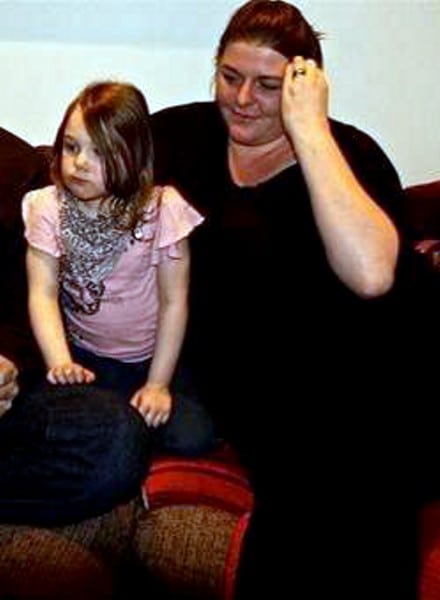 As long as I kept up my bubbly front nobody noticed just how much my size 24 frame was really getting me down. As Dave, Neve and I approached the front of the que the assistant handing out the robes looked me up and down. I could sense him sizing me up in his head. “Of course we’ll have one for you madam,” he assured me as he rifled through the rail of robes trying to find an extra large one.

Dave and Neve slipped on their cloaks before Dave came over to give me a hand with mine. I swung the material round my back before trying to squeeze my arms into the sleeves. I wriggled and tugged but I couldn’t get it on. Whipping the robe off in a flurry before anyone else could see I assumed I’d been handed a child’s robe by mistake – but there was no ignoring the XL label on the collar.

Dave did his best to help the situation by pulling a second cloak off the pile. Putting one gown on each of my arms I stood in full view of the crowd as the assistant pinned the cloaks together at the back – making it look like I had just the one on from the front. I wished the gown could have been an invisibility cloak instead to swallow me up.

Sensing my embarrassment Neve put her arms around my thighs and hugged me. “It’s OK Mummy,” she said. But her face had gone bright red. I stood mortified as the camera flashed capturing my fake smile. Inside I was sobbing. 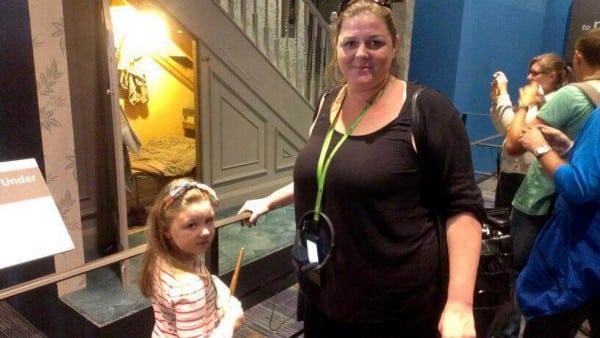 As soon as we got home I shoved the picture in a drawer and slammed it shut, refusing to look at it again. But the devastated looks on my daughter and husband’s faces were not so easily forgotten. I had been overweight since I was a young girl. As a child I used to hide a secret stash of chocolate under my bed.

My weight really spiralled out of control when my son, Luca, was stillborn in 2008. I have always been an emotional eater but when I was depressed I ate even more until I became even more down. It was a vicious cycle. Losing Luca was so hard that I didn’t know how big I was getting.

Despite trying a variety of crash diets once I’d tipped the scales at 20 stone there seemed to be no solution. My humiliation at the studios gave me the push I desperately needed to change my ways for good. I joined my local Slimming World group and attended weekly classes to monitor my progress. I still allowed myself the odd chocolate bar, but the weekly Indian takeaways and microwave meals were replaced with hearty homecooked meals.

As the months passed by the weight began dropping off me and I felt like a new woman with so much more energy. Running upstairs one day, I passed my daughter’s bedroom and seeing the door ajar, I peered in and saw blue-tacked to the wall the picture of the three of us in our robes at the Harry Potter Studios. I hadn’t looked at it since that day. I stared at the woman in the picture and barely recognised her. I’d lost six stone since it was taken.

Over dinner that night I told Dave what I’d found in Neve’s room. He smiled and said: “Do you know what Marie? I think we should go back to the studios. “We’ve only got that one picture and it doesn’t even look like you anymore. “Let’s go back and take a picture of you in front of everything.” So that’s what we did. 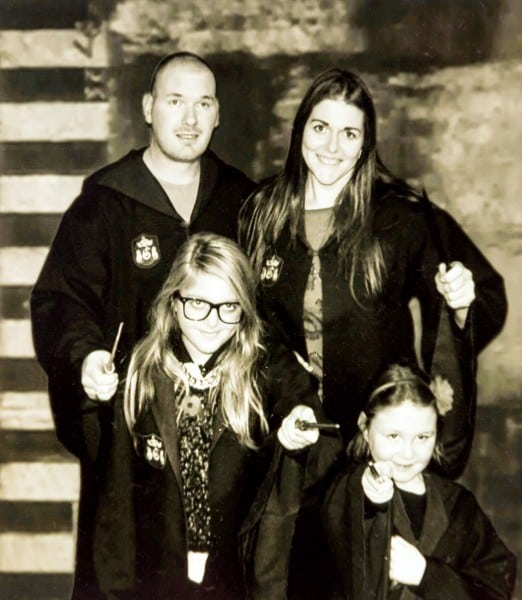 Almost a year to the day we returned to the studios. This time I ditched the baggy hareem trousers I wore last year in favour of some super skinny jeans.

Having my picture taken was no longer a chore and the woman staring back at me from the camera screen wasn’t forcing her smile or desperately trying to cover her belly. At the end of the tour when we approached the costume photo booth Dave and I both looked at each other with a grin. I picked up one of the gowns and wrapped it around me, it fitted perfectly, and this time it was only the one I needed. 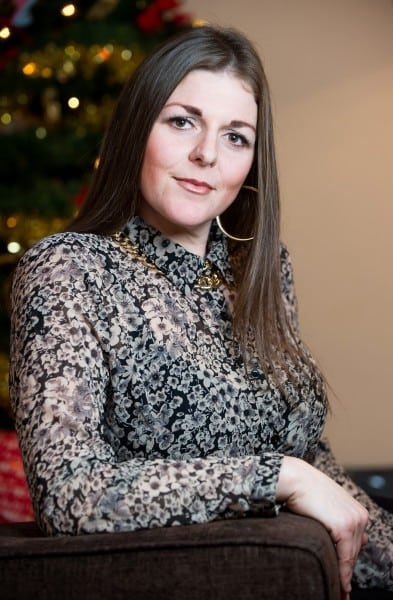 Weight loss stories are an inspiration to millions of people and they’re always a firm favourite with editors of the national newspapers and magazines.  If you’ve lost a significant amount of weight and have great before and after photos, get in touch with us today and make money from appearing in print.  You’ve achieved so much, so you deserve to show it off a bit!
Read more on our Sell My Weight Loss Story page.