Every day SellUsYourStory.com helps hundreds of people with the process of selling their story to the press.  We ensure that your stories are told sensitively and from your perspective. We guarantee that you get full copy read-back before anything is printed, and we guarantee to pay the highest fees in the industry.  Sarah shared her heartwarming story ‘I found my daughter on Facebook’ with us, which we placed in the national magazines and newspapers on Sarah’s behalf.  Read Sarah and Kayleigh’s story below… 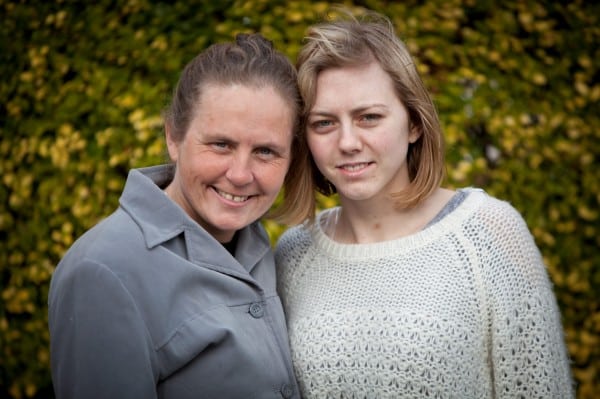 Dashing to the toilet for the fourth time in one morning my suspicions that something wasn’t quite right were beginning to grow. For weeks now I’d been suffering from a violent upset tummy that seemed worse than any sick bug I’d ever experienced before. ‘I couldn’t be could I?’ I thought to myself as I began to do the maths in my head to work out when I’d had my last period. Struggling to remember, I dialled the number for my GP and told the receptionist about the morning sickness.
The next day I sat in the doctor’s office, barely able to meet his gaze I was so nervous, when he broke the news to me, “Sarah, congratulations you’re going to be a Mummy.” Without a moments hesitation I burst into tears. I was just 19 years old and I still felt like child myself. Still I was determined to do things my way and I wasted no time in moving out of my parent’s house and into a council flat while I waited for the baby to arrive. My on-off boyfriend, and the baby’s dad, didn’t want to stick around when I told him the news.
When I went into labour nine months later, my sister was the one left holding my hand. From the moment I laid eyes on my tiny daughter Kayleigh I knew I’d always love her from the bottom of my heart, but I’m ashamed to say now that motherhood didn’t come easily to me. My parents and the midwives tried to offer me guidance but I was determined that I knew best and refused to listen to them. When things got too much I even made an attempt to run away to the next town with Kayleigh, packing a rucksack full of baby food, nappies and clothes. But it wasn’t long before I realised I couldn’t cope on my own and I returned home tired and embarrassed. 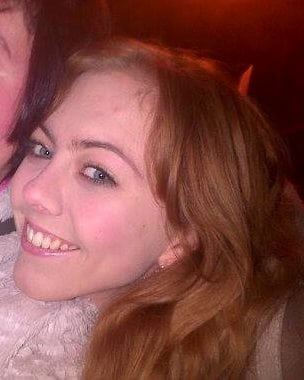 I went through so many ups and downs during Kayleigh’s first year that in the end the social services decided that Kayleigh would be better off if I wasn’t her sole guardian. Letting her go was the hardest day of my life. Afterwards friends would try and comfort me and say, “I can imagine how you must be feeling Sarah.” But nobody can understand the pain of losing a child in that way. Not a day went by after that when I didn’t think of her.

In the years that followed I got married and had my son Daniel, 17, but I’d always wondered what had become of my Kayleigh. Every 5th March I’d always remind my husband Terry, 39, “It’s Kayleigh’s birthday today”. I’d spend the day quietly looking at the baby pictures I kept of her on the mantelpiece along with our other family photos. She was a beautiful baby, as good as gold with lovely thick blonde hair.

I often looked at the smiling child in the pictures and wondered what sort of woman she’d be now. I missed her desperately. In my heart I always thought that one day I’d see her again but finding her when I only knew her first name and age seemed impossible. Once she’d reached 18 I tried my hardest to contact her. I sent letters through the adoption agency and even paid £350 to an internet site that claimed to help find missing people, but nothing ever worked.

Then one evening in November 2013 I sat in bed chatting to a friend on Facebook when I decided to try a new tack. Although I didn’t know her surname, where she lived or what she looked like, I went to the search bar and typed in my daughter’s first and middle name, ‘Kayleigh Marie’. The faces of hundreds of Kayleigh Marie’s appeared, from all around the world. 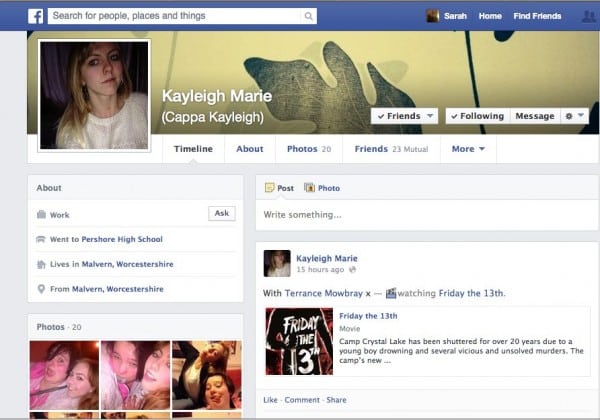 The longer I scrolled through the never ending list the more my heart began to sink. I was ready to lose all hope and switch off the tablet and go to sleep when the profile picture of one girl made me stop in my tracks. The blue eyes, tumbling wavey hair and wide grin – looking at her face was like looking into a mirror of the past.
The woman brought memories flooding back to when I was in my early twenties, the same age that Kayleigh would be now. Eager to find out more I clicked on her profile but it was private and all I could see was that one picture that looked remarkably like I used to. Could it be her? I couldn’t wait to find out so I jumped out of bed and went running to the bathroom where Terry was taking a soak in the tub. “You need to see this,” I said turning the tablet round to show him the photo. Terry stared at it for a second and said, “Wow! That girl is just the double of you when you were in your twenties Sarah.”
“Go and get an old photo album and I’ll show you.”

My heart was beating so fast I could barely speak, so without saying a word I went to the photo drawer in my bedroom and brought back an old collection for Terry. As we stood in silence looking from the girl on screen to the old pictures of me, Terry said “I bet you £100 that girl is your daughter. “It’s got to be her.”
I took a deep breath and hit the ‘send friend request’ button. 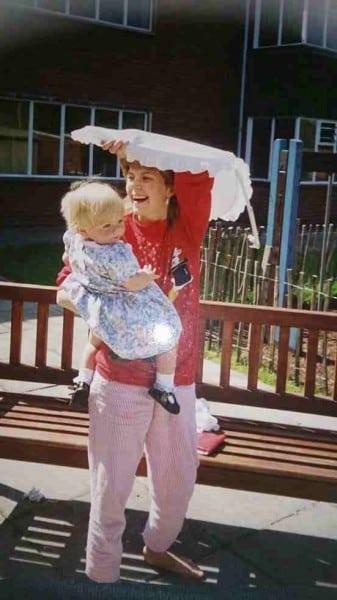 That night I spent a sleepless night thinking about the girl in the picture. I lay tossing and turning on my pillow wondering if I’d been foolish to get so excited. I’d just spent so long trying to find her I was desperate for any sign of her. But the next morning I logged on to my account to find that the girl had accepted my friend requested which sent my heart fluttering all over again.
I typed her a message telling her that back in the nineties I’d had a baby and that I was trying to find her. In the next message she told me she had been adopted. “What is your date of birth?” I asked her. “5th March 1992,” came the reply. I burst into tears. “Mum is this really you?” She wrote next. “Yes, sweetheart it is me.” I messaged back.
Over the next couple of weeks we spoke every couple of days. Kayleigh was in total shock and I could tell she wanted to take things slowly. I was contacted by a family mediator who told me that Kayleigh would like it if I wrote everything down in a letter for her. I sat down with a pen and paper thinking, “How do I begin to explain the past and how much she means to me?” But before I knew it I’d done five pages front and back.

Once I’d finished I sealed the papers up in an envelope and said to Terry, “Even if she doesn’t want a relationship as long I see her again, just once, I will know that she’s safe and well and that would be enough. Six months after we first made contact Kayleigh agreed to meet me in a cafe – on Mother’s Day. Funnily enough I didn’t feel any nerves beforehand. I’d been waiting to see her for two decades. By the time I got to our meeting place my phone battery was almost dying. “What if I can’t find her and she leaves?” I began to panic. But then I received a text from her just in time saying she was wearing a brown jacket with black trousers and to look out for her. I looked up from my phone and spotted a woman in the distance matching that description. As soon as we got close I ran up to her and hugged her so hard. I never wanted to let her go.
We sat down and over cups of tea we talked over everything. She had so many questions for me and I had a lot of explaining to do. Later that day I took her to meet Terry and when he two of us together tears started pouring from his eyes, and he never cries. He knew how much she meant to me and was so pleased to see us together after all these years. After we met up that once I was thrilled that Kayleigh wanted stayed in touch. We’ve been inseparable ever since catching up on the last twenty years. She’s even started to call me Mum and is looking to move to a house nearer to where I live in Malvern. I’m still have to pinch myself when I think that I’ve managed to find her after all these years. I’m over the moon to have her back in my arms. Now I want to be the Mum to her that I always wanted to be.

Do you have an amazing true story to share with a newspaper or magazine?

Go to our free story valuation page, or complete the form on the right hand side of this page.

You can also read more about how to sell a story to the press here.