Got a jaw dropping picture? Sell a photo to a magazine for the highest fee possible with the UK’s largest independent press agency.

Jodie took an incredible photo of the moment she gave birth to her baby in a hospital car park.  If you would like to sell a photo to a magazine, get in touch today.  SellUsYourStory.com helps hundreds of people every month get the most cash for their amazing photos.

Jodie, 29, was in no rush. She’d had two babies before and each labour had lasted more than 12 hours. 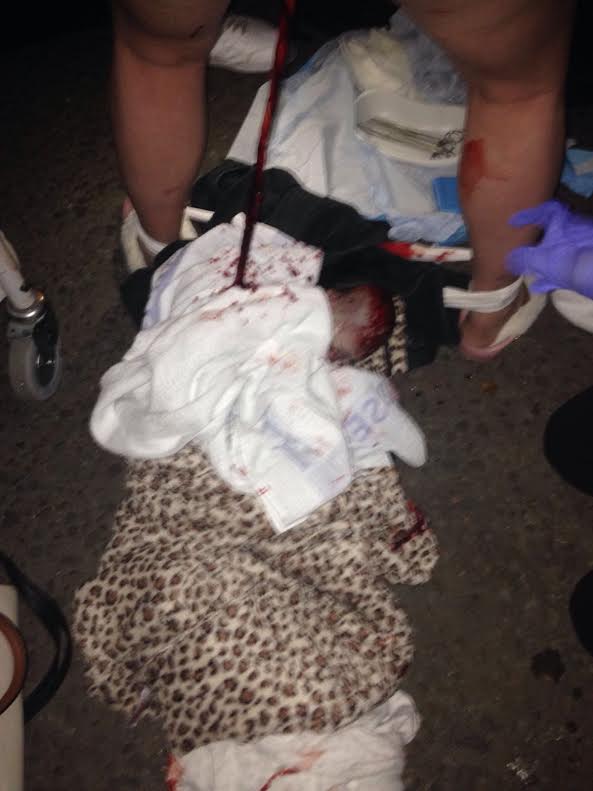 So when she started getting contractions with her third, while taking a bath, she didn’t panic. She casually hopped out and spent some time on her birthing ball, before getting back in the bath for a relaxing soak. She even sent her partner, Anthony, 30, out to pick up a take-away.

After her bath she decided to do a bit of housework – clean some dishes and have a bit of a tidy up. By this point though, the contractions had got a lot closer and the pain more severe. Suddenly, she realised things were moving a lot quicker than she’d expected.

Starting to panic, she called Anthony and told him to get his bum back from McDonald’s sharpish. They jumped in the car along with Jodie’s sister, Bobbie, 28, and Anthony’s sister, Jade, 36, and raced to the hospital. By this point things had escalated pretty quickly and Jodie was throwing up in her hand and lobbing the vomit out of the back window.

As the car screeched to a halt in the hospital car park, Jodie stumbled out, took two steps, and realised she couldn’t go any further. ‘I can feel the baby coming,’ she said. But with the agony of the contractions getting worse, she couldn’t bend over or lie down. She could only stand, legs akimbo, and let gravity do its job.

‘You’re going to have to catch her,’ she said to her sister.

Bobbie, whose face had turned green, rolled up her sleeves, and positioned herself behind Jodie, arms out like a wicket keeper. ‘It’s coming, I can feel the head,’ Jodie said, panting.

‘Somebody get a bloody doctor out here,’ Anthony said, panicking. It was his first baby, and it was nothing like he’d imagined. This never happens on one born every minute, he thought to himself. 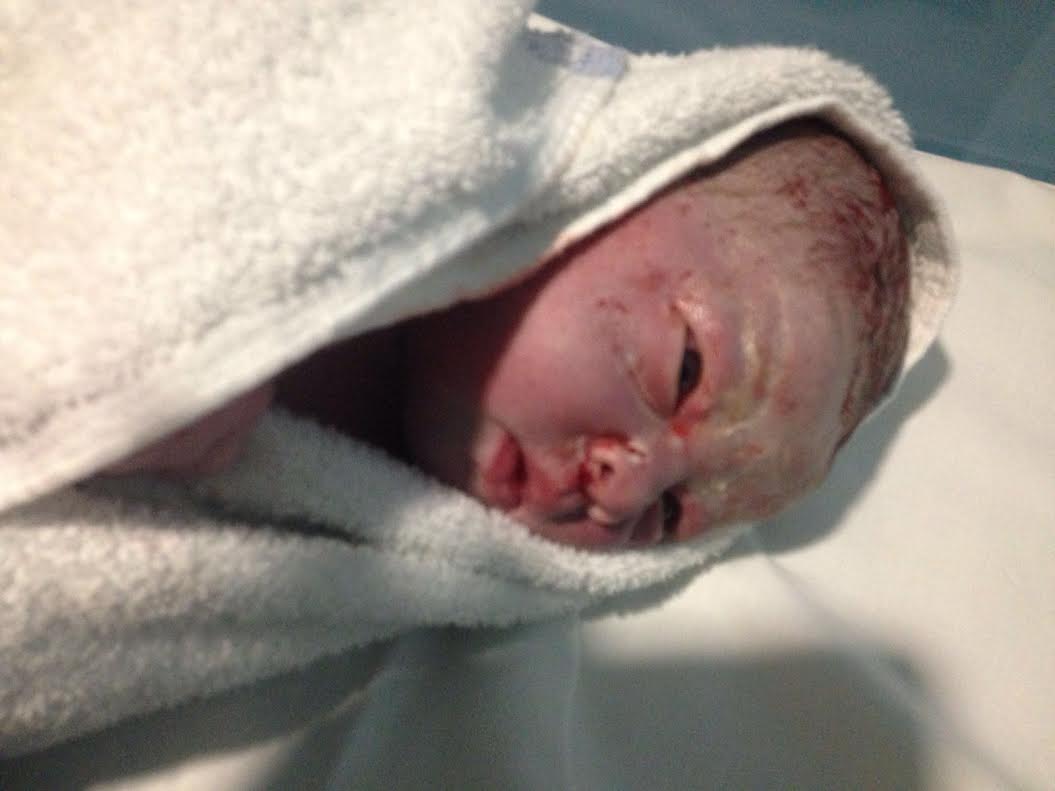 Jodie’s legs went to jelly. It was ten past nine at night. The carpark was dark and empty. Her screams were echoing off the walls. ‘The head,’ she yelled. ‘Catch it.’

Jodie pushed one more time. ‘I’ve got her. I’ve got her. You’ve got a daughter,’ Bobbie said. The baby girl lay on a heap of leopard-print blankets and towels, still attached to her mother by the umbilical cord, between her legs.

Bobbie, who loved programs about animals and zoos, immediately began rubbing the baby vigorously. ‘I saw them do this on TV – you’ve got to rub the warmth back into them,’ she said.

Jodie collapsed on the floor as the baby let out its first cry. A porter raced over with a wheelchair. ‘I’ve just had a baby on the floor of a car park,’ Jodie said. ‘Get me a doctor, now’.

Within a few minutes they were surrounded by doctors and nurses, who gathered up baby Isabelle and whisked her off to the neonatal ward. She weighed a healthy 8lbs 3oz.

Jodie and Anthony, and their sisters, followed quickly after, and the next afternoon Jodie was discharged and allowed home, where Jodie had a long, deep relaxing bath. Again.

If you want to sell a photo to a magazine, contact us using the story valuation form on this page, or call our story hotline.  You don’t even need to send us the image if you’re worried about copyright – just tell us a little bit about the photo and what you’ve captured.

Don’t worry, the copyright is always yours and we would never print your image without speaking to you first and obtaining your permission.

We guarantee the highest fees for selling your photos.  We are able to give every publication access to your photo (and you’ll get paid every time someone uses the image) or we can sell your photo exclusively to the highest bidder.  We collect all the fees for you through our automated system, so you don’t need to worry about collecting payment.

We have a vast team of national magazine and newspaper writers who can turn your photo into a great news or magazine story, making it even more valuable and appealing to the publications (again, nothing will be printed without your say-so).

To find out more about selling your story to the press, see our Sell a Photo page.

You can see just a few of these recent stories here…