An overweight blogger has documented her amazing body transformation into a stunning bikini babe – in just 100 DAYS. 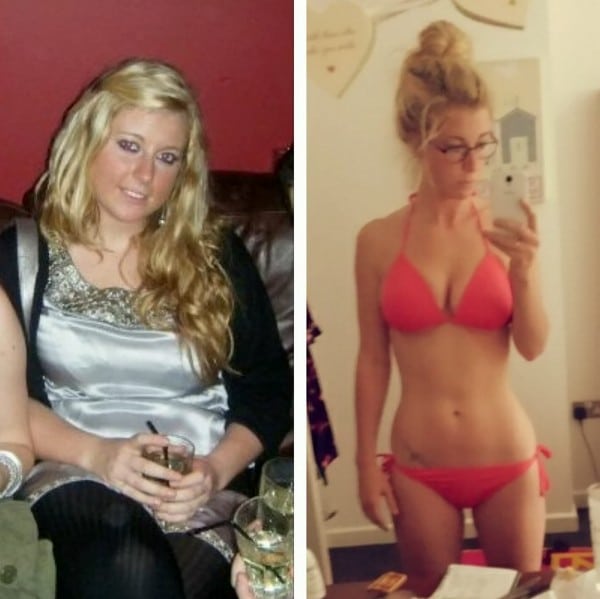 Pretty Sophie, 26, gave up on sport and fitness after suffering a series of illnesses and watched her weight balloon to 14 stone. But the primary school teacher created what could become the next big dieting trend when she devised a simple plan to dramatically to slim down in exactly 100 days. Sophie shunned faddish supplements and diet pills and decided to stick with a healthy balanced meals and a daily bout of exercise. For more than three months she meticulously charted her journey on her blog, posting photos of her meals and activities while attracting a whopping 10,000 followers.

And at the end of her “100 Healthy Days” challenge – her version of the “100 Happy Days” internet craze – she stripped off to reveal her svelte bikini body and amazing four stone weight loss. Sophie was a healthy body shape when she lived in Cheshire in her teens but gave up sports after breaking her ankle when she was 17. She went on graduate from Durham University but suffered a bout of glandular fever and was in and out of hospital battling a painful leg abscess for nine months. At her heaviest she weighted 14 stone but after pulling off her 100-day transformation Sophie now tips the scales at a healthy 10 stone.

Sophie said: “I broke my ankle at 17 and had pins 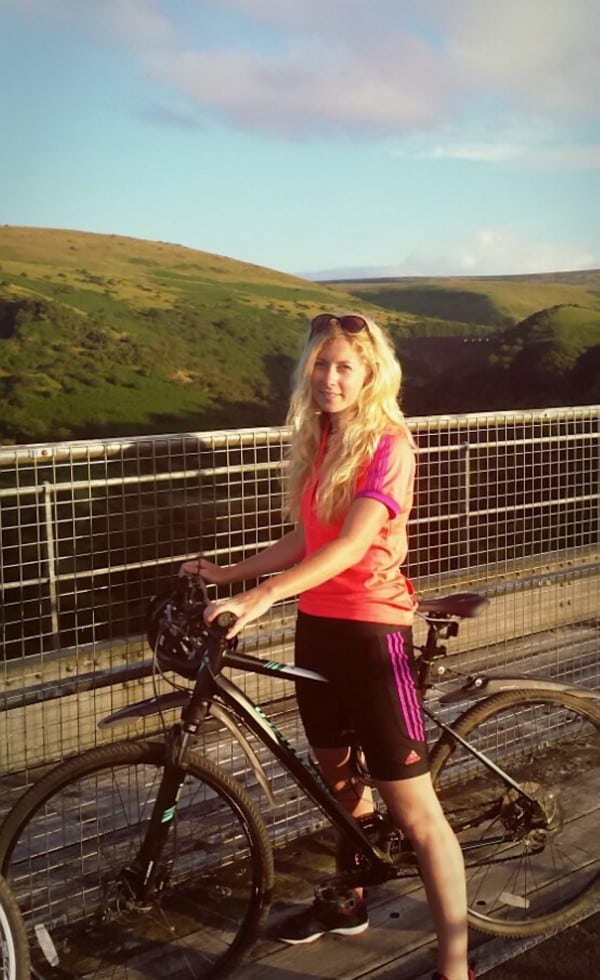 put in it. I used to play sport but after that I couldn’t and that was the start of me putting on weight. “When I got to university I was really unhealthy and ended up with glandular fever. The nine months of hell with the abscess was a bit of a wake up call. “I moved to south because I wanted to be somewhere I can enjoy the outdoors and to be fitter and healthier. “I have been much more conscious of my health and this challenge has been a way to share it with other people.

“Over the past 100 days so much has changed. It might not sounds like a long time but there is so much you can do in 100 days. “I feel fitter, healthier and so much more confident.” Despite finishing her 100 Healthy Days challenge Sophie has decided keep up with her blog because of the requests and messages she gets from her thousands of followers. She’s also begun using her new-found love of fitness to raise funds for the RNLI by taking part in the Big Swim Cornwall and Castle2Castle swim. 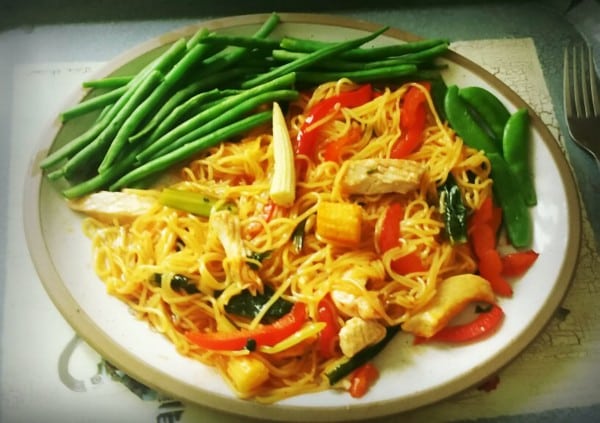 Sophie added: “The blog was all about sharing everything about diet and fitness. So the next step is going to be more along the lines of wellbeing, healthy mind and healthy spirit. “I’ve had so many people say that they don’t want me to stop, so I don’t feel like I should stop. I’ve had so much lovely feedback. “There is the danger with exercise that it can become addictive, so the blog will be about how to balance exercise with a happy life. “When I moved to Cornwall swimming in the sea was a particular fear of mine but setting challenges has helped me overcome that and I now swim in the sea regularly.

“I haven’t run in 10 years and I went on a treadmill to see what would happen and managed to do 10k no problem. “So now I’m attempting a triathlon – a whole new world has opened up in front of me. “It’s all about taking a small step every day. At the end of 100 days it adds up to a whole new you.”

If you have a story to sell to the national magazines and newspapers, we’d love to hear from you.  We are the largest press agency in the UK, supplying an estimated 20% of all news content across the country.  To read more about selling weight loss and slimming stories, see our sell my weight loss story page.