HOW DO I TELL MY SON HIS DADDY IS A RAPIST?

Lauren Ford-Standen, 20, thought Jamie Disley, 23, was ‘the one’. The couple were together for five years and even had a son, Cody, two, together. But they were far from a happy little family.

Jamie used to be charming, funny and thoughtful, but he soon became violent towards Lauren and she’d had enough, ending things between them. But he refused to believe it was over and knocked on her window in the middle of the night, when she was asleep in bed with their little boy.

He climbed through it and the pair argued, before Jamie forced Lauren onto the living room floor, pulling off her pyjama bottoms and raping her. She begged him to stop.

After leaving he text her, ‘say your goodbyes’ and ‘I hope you haven’t left a window open’. I’ve been left with a lasting memory of my rapist – his baby.

Every day I look at our son, Cody, two, and contemplate how I will ever tell him about his daddy, Jamie Disley, 23. Honestly, I don’t think I’ll ever be able to bring myself to do it. But I know, when he’s old enough to ask, I won’t be able to lie.

Most people think of rapists as burly strangers who prowl the streets and prey on vulnerable women in secluded spots. But the monster who attacked me was the father of my child, my boyfriend of five years, and until May last year we were on good terms. I never imagined for a second that the man I loved was capable of the ordeal he put me through.

We had been introduced by mutual friends in our teens and hit it off straight away. Jamie was charming, funny and thoughtful and I was instantly smitten. Then when my dad, Derek, 52, passed away, not long after we had met, Jamie showed that he was a great listener and a shoulder to cry on too. It bought us closer. He was far from perfect, but I was adamant that I had found ‘the one’. 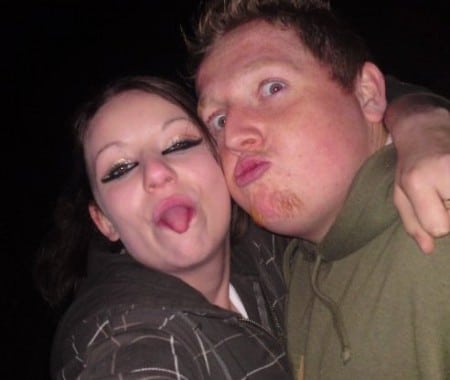 Jamie would often get jealous and over-protective, he had a fiery temper and we would have blazing rows, but we always made up. After two years together, we decided to take the next step and moved into a place of our own in Exeter, Devon, during January, 2010. We started trying for a baby and when our little boy, Cody, was born weighing 7lbs 11oz in October, 2011, we felt like a proper family.

Cody was the spitting image of Jamie – with bleach blonde hair, big blue eyes and a cheeky grin. Jamie adored him. He woke to check on him if he stirred in the night, changed his dirty nappies, bathed him and read him bedtime stories. But he quickly went from doting dad to snappy, argumentative and violent.

I tried to stick it out for Cody’s sake, but by April, 2013, I couldn’t take anymore and we resigned to living apart. ‘It’s over between us,’ I told Jamie. ‘But I still want you to be part of Cody’s life.’ Although he was hurt Jamie understood. He was sure that it wouldn’t be the end of things between us, but I knew there was no going back.

Still we made sure we spent time together for Cory’s benefit. We took him day trips to adventure parks and sometimes had dinner as a family. On 3rd May 2013, Jamie came over for tea. Cody was misbehaving – screaming the house down and refusing to eat anything. ‘Please help me,’ I said to Jamie, struggling with our naughty toddler. But he was too busy scoffing his meal to lift a finger. I was so angry, I tried to push it to the back of my mind and forget about the whole episode but the next day Jamie and I argued about it over text message.

Then two days later, I woke up suddenly in the middle of the night. I heard a tapping on the bedroom window of my ground-floor flat and in a groggy state I went over to open it thinking it must have been the cat. But when I opened it I was shocked to be met by Jamie.

‘Why are you here?’ I whispered, trying not to wake Cody, who was asleep in the bedroom. Jamie insisted he just wanted to talk and barged his way in. Reluctantly, I let him enter to hear what he had to say. But when he opened his mouth I regretted it immediately, as Jamie still couldn’t accept that it was over between us.

‘We’ve been through this before,’ I told him, adamant we would not be rekindling our relationship. ‘Now go home, Cody’s asleep.’ Worried he would wake our son up, I led Jamie to the living room to talk sense into him. But he lost it and demanded to see my phone, thinking I had been seeing other people. I refused to let him have it.

Raging, Jamie shoved me against the wall and hissed: ‘I’m going to rape you’. Fear shot through me. But before I could say or do anything, Jamie grabbed hold of me and dragged me on to the sofa and then pulled me on to the floor. He ripped off my pyjama bottoms and forced himself on me.

I begged him to stop and sobbed the whole time but he continued to rape me while our son slept in the next room. I closed my eyes and prayed for it to be over. After what felt like hours my ordeal ended.

‘It wasn’t so bad, was it?’ Jamie said, strolling into the hallway and smashing my phone. 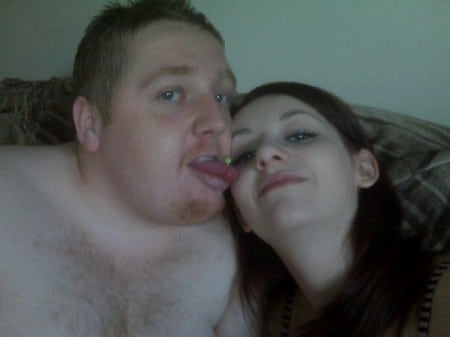 Cody was awake and had tottered into the lounge. Picking him up, I fled into the communal hallway crying out for help. No-one responded but my pleas were enough to make Jamie disappear.

Terrified, I went back inside and locked every door and window shut. I tucked Cody into bed and then collapsed in floods of tears. I wanted to call the police, but I was too afraid. But my nightmare wasn’t over.

The next day Jamie bombarded me with text messages, threatening to come back and repeat the attack. The messages read ‘say your goodbyes’ and ‘I hope you haven’t left a window open’. Another said: ‘Do you think I care if I do jail time? At least they will not be able to hassle me for money and I’ll get three meals a day. It will be a walk in the park for me.’

I was still too scared to report him, but three days later when he sent me a message to say he was on his way I finally plucked up the courage to dial 999. An hour later and Jamie was arrested and remanded in custody. For the first time since it happened I felt safe.

Last November, at Exeter Crown Court Jamie denied rape and sexual assault, but admitted criminal damage to my phone. It meant I had to give evidence from behind a screen. But to my relief the jury found Jamie guilty. He was sentenced to seven years in prison with an additional seven years on licence and I was granted a permanent restraining order.

Now I’m moving on with my life one day at a time and dreading the day when Cody asks about his dad. He has learnt to talk and uttered the word ‘daddy’. When I heard it my heart sank in my chest as I realised one day he will need to know the truth.

Do you have a story to share?  Would you like to help others in a similar situation?

We support the Report Every Rape Campaign and have extensive experience in dealing with your story sensitively and professionally.  Simply complete the form on the right hand side of this page or give us a call.

If you have a domestic abuse story and you’d like to read more about sharing your story with a magazine, you can read more here: https://www.sellusyourstory.com/sell-my-story/share-my-domestic-abuse-story-with-a-magazine/