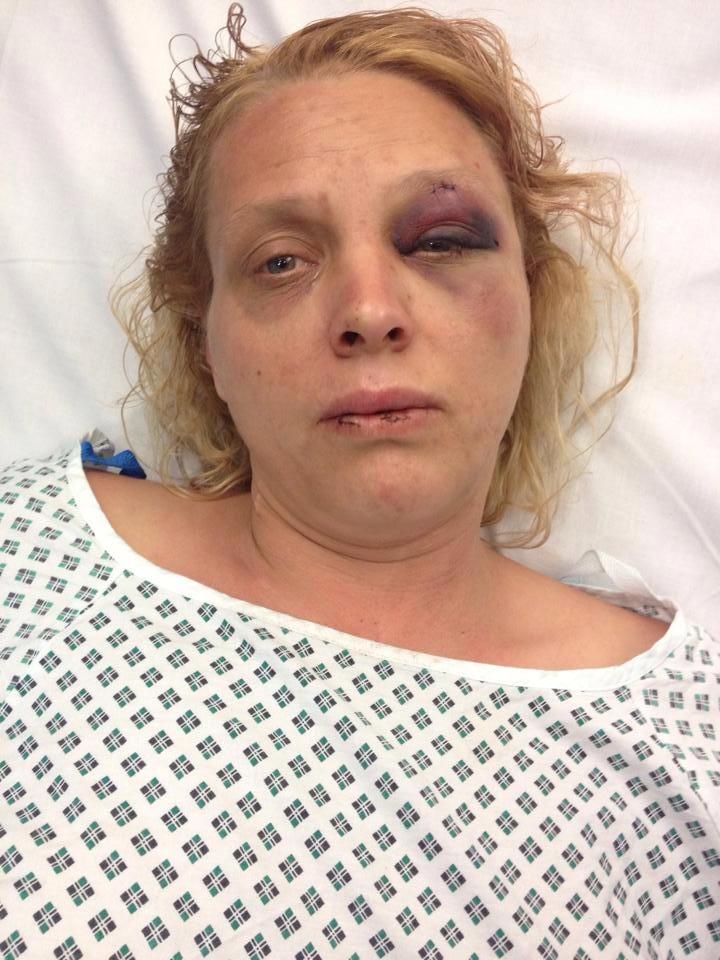 Brave Kat Hillyard tells how it took a horrific night of torture to finally leave her wife beater husband Robert.  Kat hopes that by sharing her story she will encourage other domestic violence victims to come forward before it’s too late.

When Kat met Robert, in the local pub, she was instantly charmed. He was funny, charming and handsome. She thought he was the perfect gentleman. The couple got married and it was only after she’d walked down the aisle that Kat started to see his true character.

Robert had a short temper, he was argumentative, jealous and paranoid. He would accuse her of cheating on him if she so much glanced or spoke to another man. If he had his male friends to the house she wouldn’t be able to be in the same room and to avoid an argument she’d shut herself away. 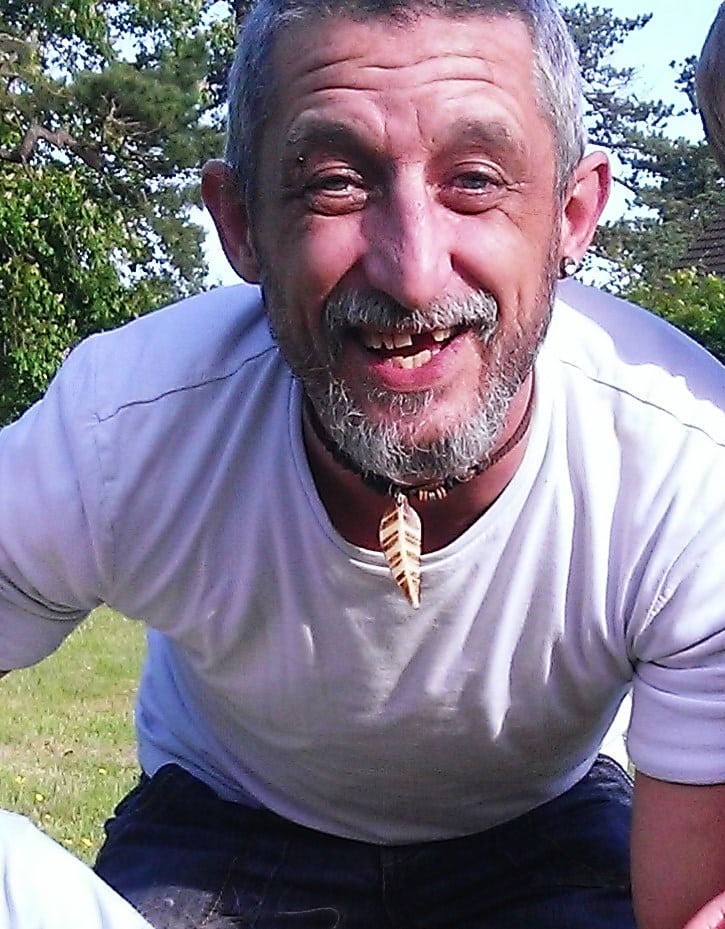 ‘I had to be very cautious of what I said and where I looked if people came to the house – especially if they were his male friends as he’d accuse me of fancying them. ‘Robert became very, very jealous.’

Kat felt like a prisoner in her own home. But after a seven-year relationship – and four years of marriage and with children together – Kat felt trapped. Still their marriage was make or break and the couple decided to go away for a weekend to stay with Robert’s family on the coast to see if they could work through their problems. But when they arrived Robert started drinking and then told Kat he was going out and wouldn’t be back until 3am.

She was too tired to cause a scene and instead went up to bed. When Robert burst through the door drunk in the early hours of the morning it woke Kat up. She went downstairs to get him to come up to bed, rather than crash out on the sofa. But Robert started trying to pick a fight and have a go at Kat. 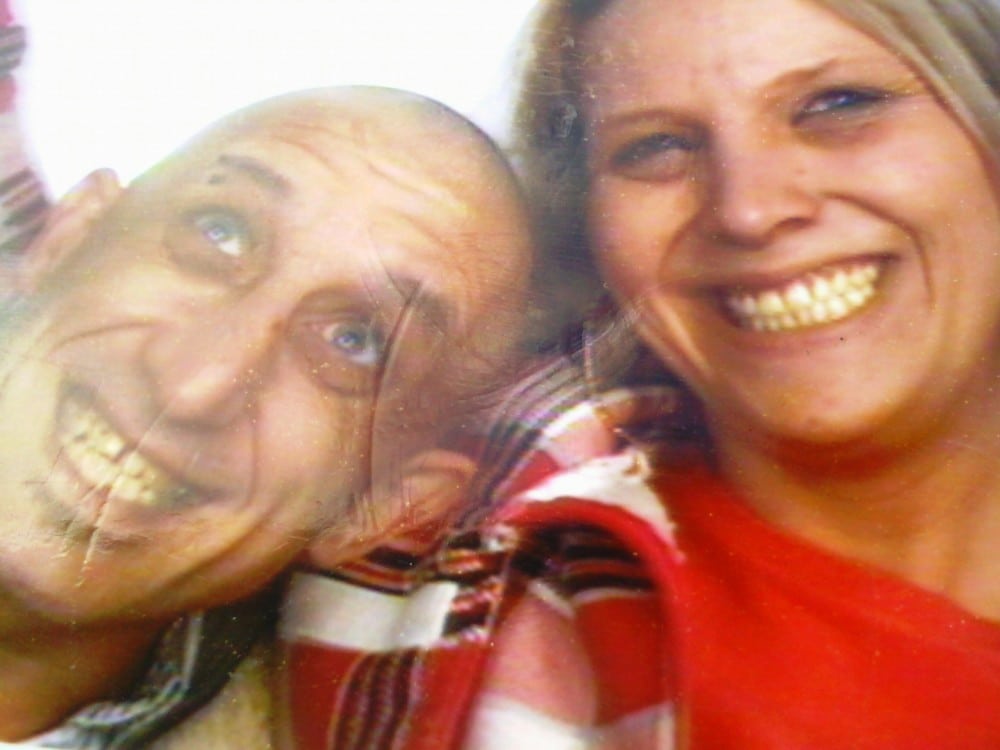 He worked himself up into a rage and then stormed upstairs and locked Kat in the bedroom. He then carried out the three-hour brutal attack on Kat. He hit her with a knife he’d packed in his suitcase and with a piece of wood from a snooker cue.

Robert laid blow after blow into Kat and kicked her relentlessly for hours on end. Kat was too frightened to scream and his family members just thought they were having an argument so didn’t try to intervene. Robert warned Kat: ‘If anyone calls the police I’m going to kill you. Don’t think you’ll leave this house alive.’ She was genuinely terrified and thought she was going to die.

He fractured her left eye socket and left Kat with two stab wounds to her head and bruises all over her body. Robert told Kat that if the police became involved he would break her neck and he snarled: ‘I might as well kill you’. Terrified, Kat believed she was going to die.

At 6.30am his family told them to leave – unaware of what had gone on. Robert snapped at Kat and said: ‘Come on, we’re going. Pack your things.’ 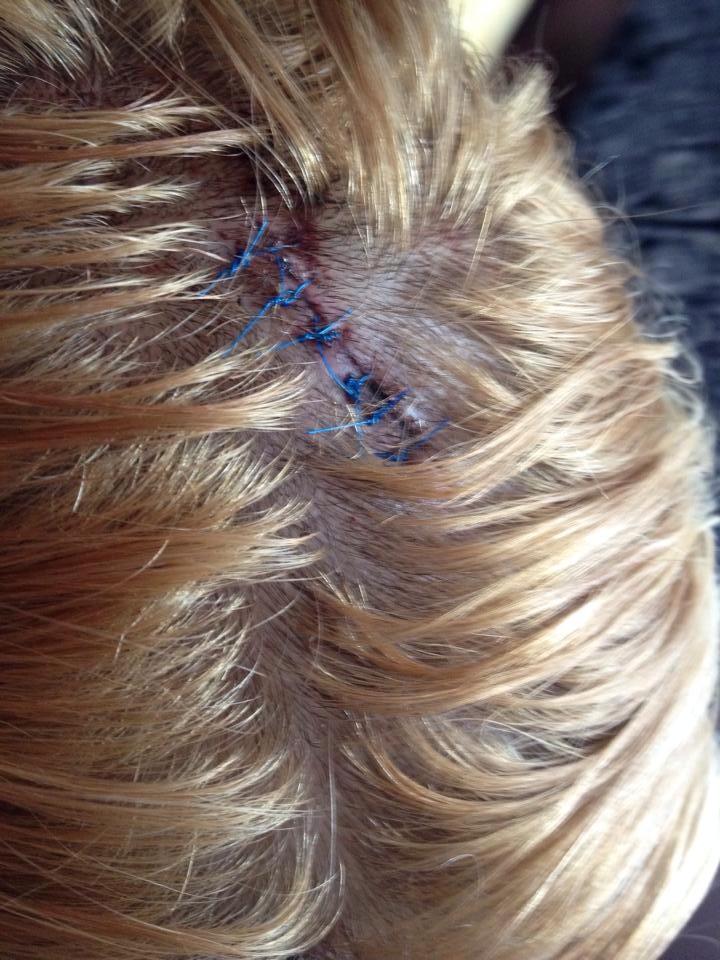 Kat’s hair was red. Blood had been pouring from the wound on her head. Robert instructed her to go and wash her hair. Kat saw Robert’s niece and mouthed that she needed some fresh air. She threw her clothes into a carrier bag and managed to escape on to the street. She didn’t know where she was or anyone other than Robert’s family in the area but she was so scared she tried to run away.

Robert phoned her and she said: ‘I’m not telling you where I am, you’ll just hurt me,’ But he soon found her. After tracking her down Robert wouldn’t stop. He tried to continue beating Kat – headbutting her and punching her until she collapsed on to the concrete. Kat said: ‘Robert punched me in the mouth in the middle of the road and knocked me to the ground. By that point I was exhausted I just lay there.

Strangers who lived on the road heard the commotion and got involved. The police were called and they immediately arrested Robert. Kat was rushed to hospital as she drifted in and out of consciousness.

She needed eight stitches to the inside of her mouth and was battered and bruised from head to toe. Kat woke up with her sobbing children surrounding her bedside. She said: ‘When I woke up in a hospital bed with my children stood there in tears. I knew then that I was lucky not to have them surrounding a casket at my funeral. I could have easily not survived the attack. Every time Robert had been violent to me in the past he’d always wormed his way back in and I’d always forgiven him.

‘We had so much history, it wasn’t easy to let go of it all. I couldn’t let him get away with it this time. I knew he had to go to prison for what he did.’

At court the judge described the assault as brutal and vicious as he jailed Robert for seven years. A pre-sentence report said that Robert would pose a high risk to any wife or partner and described him as ‘cold-blooded’. Kat said: ‘It’s hard for people to understand why you always go back. But he was the first person I’d ever loved. In my heart I thought perhaps he’d change. But he was jealous and paranoid. He wouldn’t let me talk to his men friends and accused me of cheating. He put me through three hours of hell. I thought I was going to die.

‘I’m glad he’s in prison – it’s where men like him belong. I’d urge victims of domestic violence to get out before it’s too late.’

We helped Kate raise awareness about domestic violence in the national press. If you would like to share your story with a magazine or newspaper, get in touch today.  You can let us know a little about your story by using the Story Valuation form on the right hand side of this page.  Anything you send will be treated as confidential until we’ve spoken to you and you’ve given us permission.

You can read more about selling a story about domestic violence and helping those in a similar situation here: https://www.sellusyourstory.com/sell-my-story/share-my-domestic-abuse-story-with-a-magazine/

Or you can read other people’s stories that we’ve placed in the national press here: https://www.sellusyourstory.com/news/category/domestic-violence-abuse/