Victim of shocking domestic abuse shares here story.  We help Leoni tell her story through the press to reach those in similar situations.  This really is a pathetic excuse for a man.

He walked over and my heart thum 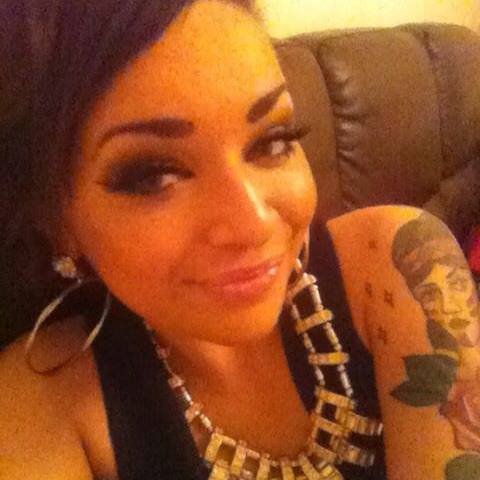 ped in my chest. Daniel Carter 29, and I just clicked, and after a few months of dating, we were official. He was such a lovely man, we were a match made in heaven and I couldn’t fault him for anything.

Finally, the time had come to introduce Daniel to my little girl, 5. She shied away and hid behind my legs. Danielle crouched down onto his knees. “You don’t have to be scared of me, I don’t bite,” he said, lightly pinching her cheek. She put her fingers in her mouth and giggled. Our relationship went from strength and strength and a year later, we were expecting a baby of our own.

“I love you so much,” Daniel said, holding my hand on our way to the 12 weeks scan.  I’m so excited,” I replied, “I love you too.” But during the scan our world fell apart “I’m really sorry, Leoni, but I’m afraid you’ve miscarried,” said the nurse. I burst into tears and Daniel held me tight. “It’ll be okay,” he said to me smiling.

I held his hand as we drove to his mum’s house. That night we tried our best to smile, but the miscarriage had cast such a dark cloud over everything, I wondered if we’d ever get through it. In the car on the way home, Daniel’s attitude towards me went cold. Up until then he had been caring and loving, trying to support me, but suddenly there was an atmosphere.

“You okay, Daniel?” I asked hesitantly. “Ha! Am I okay?” he snapped. “Not really, considering you lost our baby,” he growled at me.  What,” I replied confused. “Are you joking?” He stopped the car and demanded that I got out. It was cold and dark and I didn’t know the area we were in. I looked around as he drove off. We had never argued like this before.

Crying, cold and really confused, I started walking back towards his mum’s house through the empty streets. I heard footsteps approaching behind me. Before I could turn around, someone grabbed my hair and pulled me to the ground. Then they kicked me in the tummy. As I went to stand up to catch my breath, I was punched me to the floor again.

Screaming, all I wanted was for Daniel to come to rescue me. But when I looked up I saw Daniel’s face. He landed another blow into my stomach and I fell to the cold hard ground once more. My body was reeling from the pain and my mind was spinning. I managed to drag myself to his mum’s house, as he drove off in the car. It all happened so fast and I was devastated when everything had finally calmed down.

My face was swollen, my nose was bleeding and my stomach was in agony. Daniel arrived, looking flustered. “I’m so sorry, Leoni, I don’t know what came over me,” he said. “It’s just all the stress over losing the baby. I wasn’t thinking straight and I flipped. You know I’d never hurt you.” I shoved him off me and didn’t speak to him, I was bleeding, scared and horrified that Daniel could treat me like that. 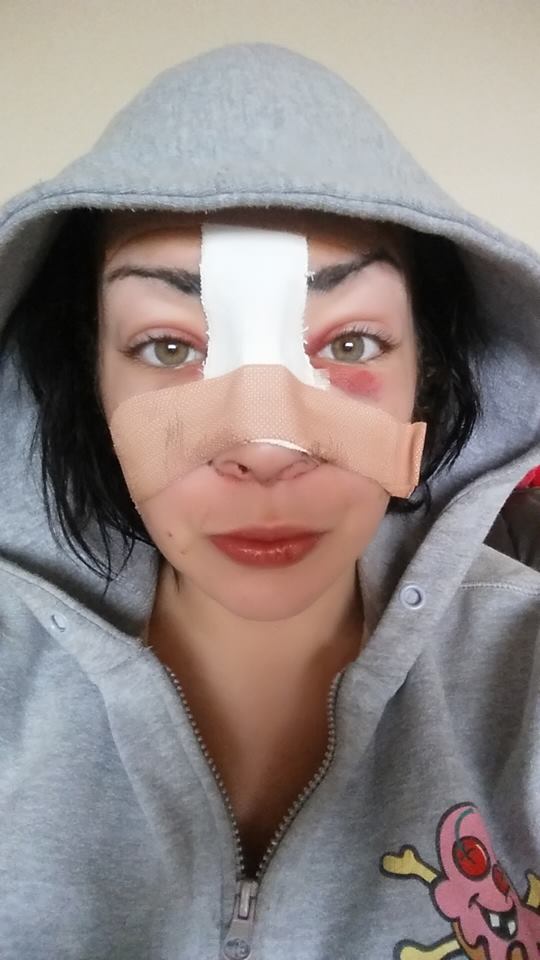 But when I looked over and saw his big, teary eyes, I just melted, I gave him a hug and hated myself that I forgave him so quickly. He was all I had in my life, the only person who made me happy and he made me feel special. I knew he wouldn’t do it again.  Losing a baby is a difficult situation for many parent and I guess that’s how Daniel dealt with it, he took it out on me.

As the weeks went on, I felt as if I was walking on egg shells with Daniel. I was utterly terrified of him. And, Daniel raised his hands to me again, on several other occasions. I was always trying to get the old Daniel back, but this monster was over taking him. I didn’t know what was causing his rages or why he suddenly started becoming so abusive.

But he knew not to hit me when my little girl was in the house, as he knew she would be scared if she heard my screams. But when she was with me she was my life-line as I knew there wouldn’t be any confrontations when she was around. People were becoming suspicious of my regular black eyes and broken nose.  “There’re only so many times a girl can slam herself in the face with the car door,” I thought to myself.

And the only way I could get him to stop hurting me was to seduce him into the bedroom. It was the only sure-fire way I knew of getting him to stop hitting me. Most weeks I would lay on our bed, naked, while holding a towel over my face to stop the blood pouring from my nose, while Daniel took advantage of the opportunity I gave him. Weeks later, trapped in my pathetic relationship, I trotted down the stairs and Daniel was looking for a fight.

I tried to avoid a now, regular beating, but it was inevitable. He grabbed my hair, punched me and kicked me. I could hear my bones breaking and the feeling was even worse. “Daniel you’re hurting me, stop” I spluttered through a mouthful of blood. There was blood coming for everywhere and every time I attempted to stand again he knocked me down the floor. His hands were around my throat and the next thing I knew I passed out.

He helped me up to the chair and my head was spinning. My jaw felt broken and so did my back. My ribs felt at a funny angle, and I was black and blue. ‘You’ll never see your daughter again,” he sneered at me. “Daniel, please stop,” I screamed. “You’re going to kill me!” I tried to calm him down, but the beating continued.

I begged him to ring an ambulance for me, but he went for my throat once more, and I pretended to pass out. He left me for dead lying on the floor.  I tried to call myself an ambulance but he grabbed the phone out of my hands. He loosened his grip, left the room and slammed the front door. There was no house phone and I was battered and bruised beyond belief.

I had no strength. I could only lie in wait and hope for him to return. Six-hours later the front door went. Curled up into a ball thinking I’ll receive another beating, he lifted me onto the sofa, bought me in a glass of water and a warm wet towel and sat down next to me. After an hour of silence, I plucked up enough courage to speak, “Daniel? Can I go to the hospital?” I asked quietly and timidly.

“No.” he said. Another hour passed and I was falling in and out of consciousness. “I’ll only take you, if you say that you’ve fallen down the stairs,” Daniel said emotionless. “Of course,” I replied. I staggered to the door in pain, failing to even hold myself up. I was weak and I could barely walk and my whole body was in agony.

When I arrived at the hospital, doctors assumed I had been in a car crash – they had never seen so many injuries on a human being. I had a fractured skull, broken vertebrae, a broken jaw, a broken nose, bruising, crushed fingers, a red throat from his large strong hands, fractured cheek bone, eye socket and broken ribs.

“You’re very lucky you arrived when you did, Leoni, the doctor said. “Otherwise it wouldn’t have been good news.” He looked at Daniel. “Only because of my quick thinking,” Daniel said rubbing my back. I looked in the doctors eyes and gave a half sad smile. I was in hospital for a total of two-weeks. I had several tests, a few surgeries and supports fitted for all my broken bones.

I looked like an Egyptian mummy. Daniel took my phone off away from me and he didn’t leave my side. “If you tell anyone what I’ve done, I’ll tell social services you’re a drunk and a horrible mother,” Daniel whispered to me. I was petrified of losing my little girl. I was discharged two weeks later with strong painkillers, but Daniel snatched them away from me.

“You’re not having these, you can suffer in silence,” he said. A week later, as my little girl slept, I tried to go to bed but Daniel wouldn’t let me. He grabbed my hair, pulled me to the ground and beat me again. I couldn’t scream as I didn’t want to wake my daughter, so I seduced him into bed once again, and as soon as he was asleep I grabbed my belongings, took my little girl in my arms and fled to the police.

It took me two years to leave Daniel. When he hit me when my little girl was in the house, I knew just how stupid and naive I had been. He made me lose my sense of smell, but that’s a lot better than maybe losing my life. I can’t believe I was in an abusive relationship for so long. It was terrible and I can’t believe I allowed myself to be treated like that. 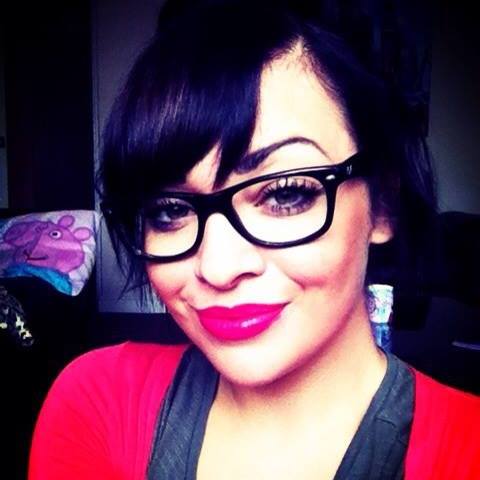 I feel happier than ever and I’m glad that monster is behind bars for seven and half years after pleading guilty to GBH with intent.

If you have a similar story to Leoni’s and would like to share it with a women’s magazine or a newspaper, please get in touch with us today.  We help hundreds of brave women tell their stories and help others in a similar situation.

If you can help just one person pluck up the courage to leave an abusive relationship, it’s worth while.  In addition, we will make sure that you are paid the maximum fee possible for yourself or a charity of your choice.  The extra money usually comes in handy for people rebuilding their lives after events like this.

Simply contact us using the form on this page, describing just the main points of your story (nothing will be printed without your permission), and we’ll get back to you with a story valuation.

You can see some similar domestic violence and abuse stories that we’ve helped share with the press here: https://www.sellusyourstory.com/news/category/domestic-violence-abuse/

You can read more about the story selling process on our sell my story page.