Want to sell a triplets or multiple birth story to the press?

SellUsYourStory.com help hundreds of people share their stories with the national press every month.  We guarantee to pay the highest fees for your stories and we cover everything from gritty news stories to funny pet tales.  This week we helped the family who accidentally doubled their family size from three to six after having triplets.

If you have a multiple birth story that you would like to share with the press, get in touch today.

A mum-of-three who fell pregnant by mistake doubled the size of her family – after giving birth to TRIPLETS. Vimla Patel, 32, thought her family was complete with two sons and a daughter and was planning to start a new job as a care assistant. But after she started to feel sick in the mornings she did a home test which revealed she was pregnant.

Vimla and partner Keith Monroe, 36, were then left stunned after scans revealed they had beaten odds of 200 million-to-one by conceiving identical triplet boys. Kayson, Omari and DiMarco were born happy and healthy on June 22. 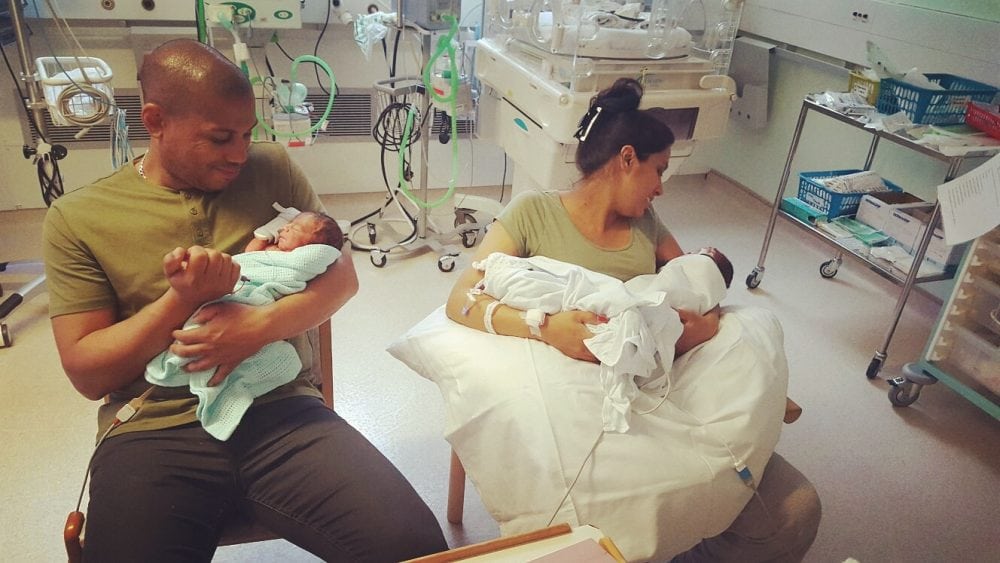 The couple are now getting to grips with their super-sized brood with the help of older sons Jahmali, 13, Cassius, five, and daughter Samara, eight.

Proud mum-of-six Vimla, from Wellingborough, Northants., said: “Last year I thought three was more than enough, but six is a blessing.

“I was looking forward to having some me time before I started my new job but I knew something was odd when I started getting morning sickness just after coming off the pill.

“We’d discussed having more kids and decided against it. So when we found out I was expecting, it was a real shock.

“When the consultant said ‘you have three pregnancies’ I thought she was talking about my three other kids. 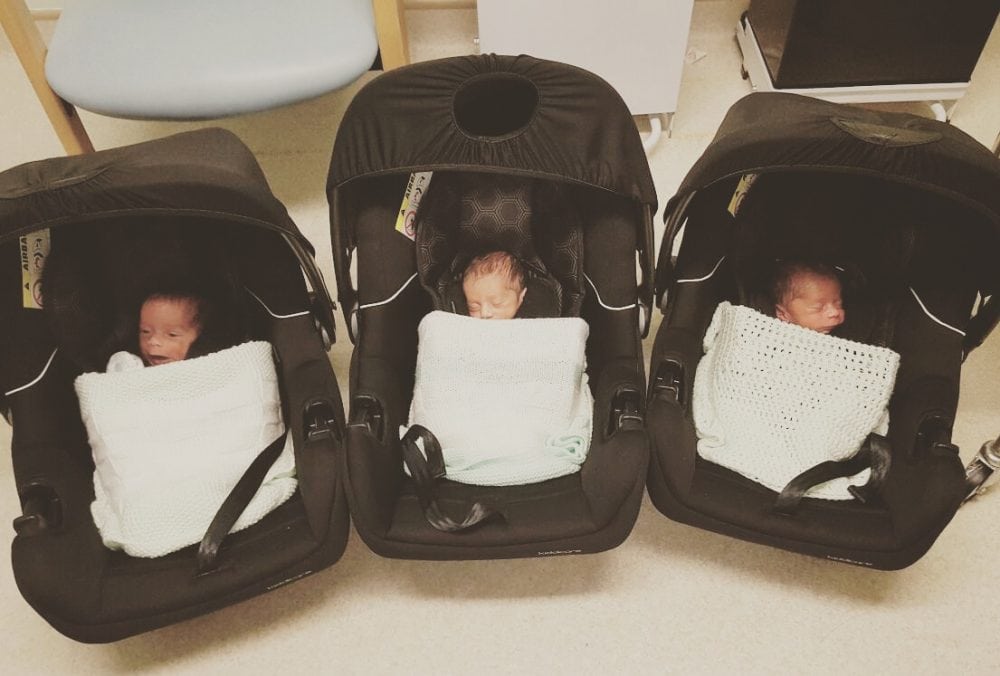 “I said ‘yes, I have three children at home’. Then she pointed at my belly and said, ‘no, you have three babies inside of you too’.

“I burst into tears I was so stunned. And as soon as we got home I called them to double check, thinking they must have got the results mixed up with someone else’s.”

“When they were finally born we were so elated. But that was easy part over with. Now we have to work out how to tell them apart. 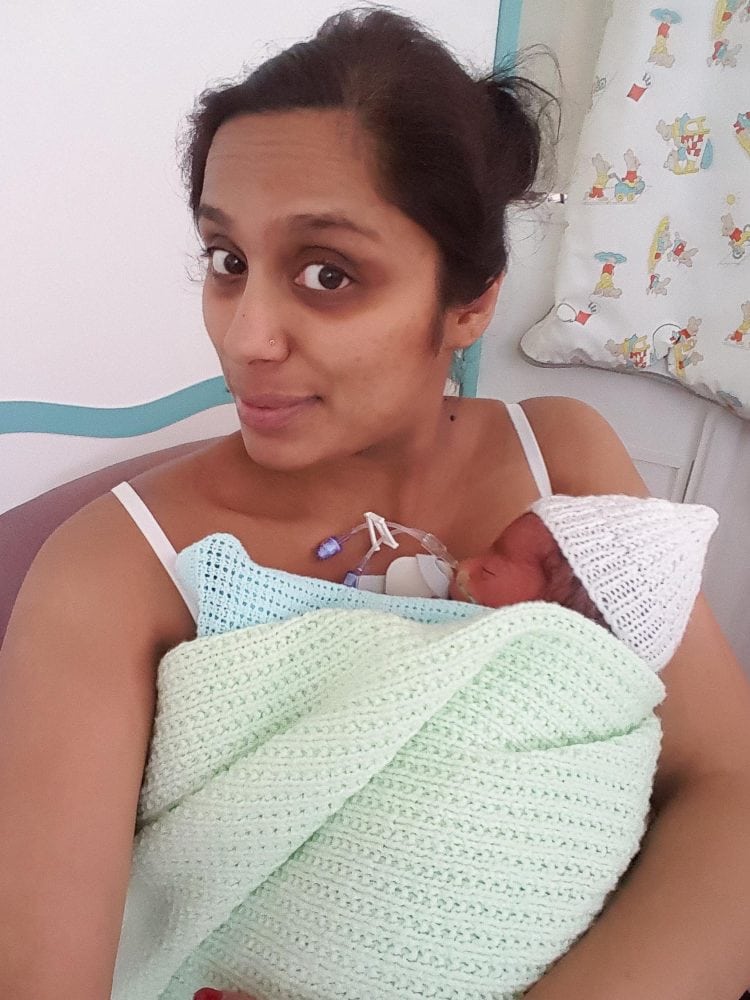 “They’re identical, so the only way we know who’s who is by the little birthmark on DiMarco’s right bum cheek, or by keeping track of them during feeding times and nappy changes.”

Vimla had just ended a 15-year career with Matalan and was planning to start a job as a care assistant when her youngest had started school in September last year. She took a month off the pill to look into other forms of contraception and, while the pair were taking precautions, she unexpectedly fell pregnant. 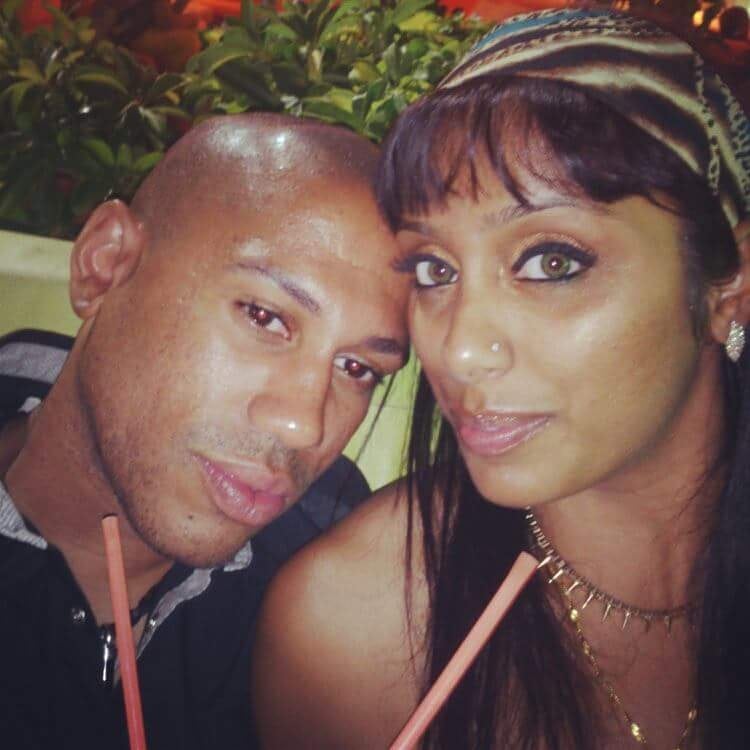 In two minds over whether or not to have the baby, the couple booked in for a scan to explore their options – only to find out Vimla was carrying triplets.

“We didn’t want to rule anything out so we went in for a scan to see what our options were,” she recalled.

“When the nurse doing the scan left the room I felt a wave of relief wash over me at the thought it might all have been a big mistake.

“But then she came back in and said it was triplets. Keith was gobsmacked. He couldn’t talk.

“We knew immediately that we were going through with the pregnancy. We never really thought we could have a termination anyway.

“But knowing I was carrying three babies just confirmed it for us.” 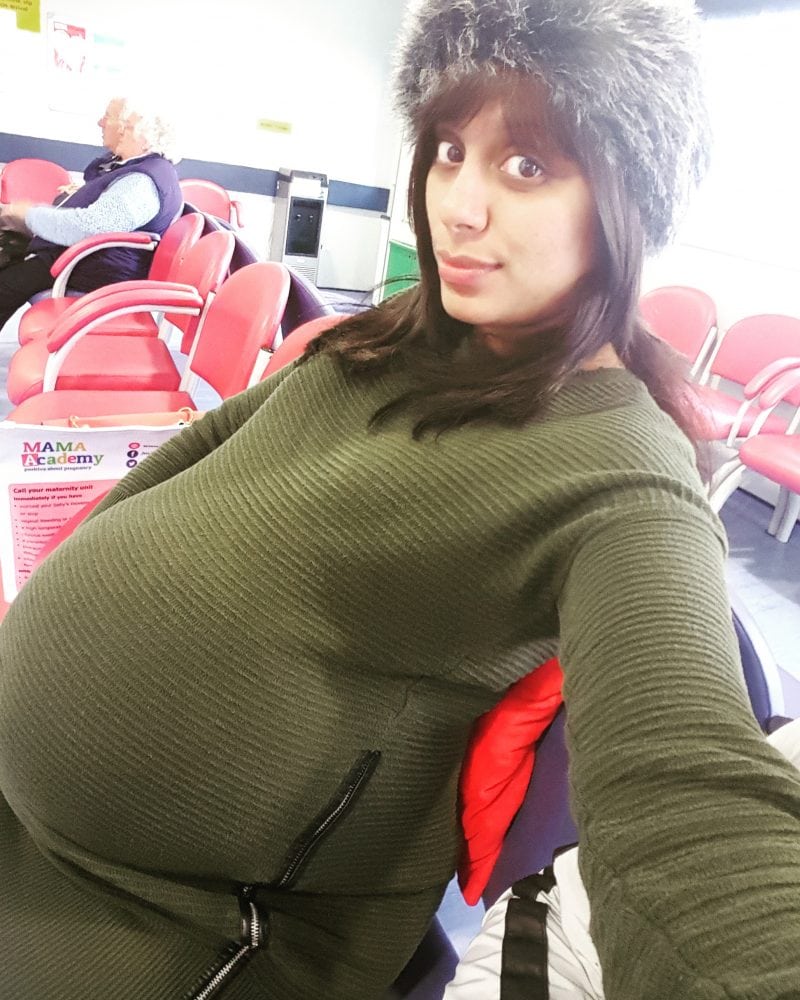 Kayson, Omari and DiMarco were born via emergency c-section at 33 weeks weighing 3lbs 15oz, 4lbs 6oz, and 4lbs 8oz, at Kettering General Hospital. The couple had to buy a specially-made triple pram from Germany costing over £800 to get the boys around.

As well as three separate car seats, they stocked up on three sets of clothes, three-times as many nappies and bottles and bibs and dummies and blankets. They get through nearly 700 nappies a month and spend a staggering 12 HOURS a day feeding their brood on rotation. By the end of the year the trio of tots will have consumed almost 1,000 litres of baby milk between them, or 200 gallons.

Homebase worker Keith said: “We stagger the feeds, so after feeding one we move on to the other and so on. What’s normally a thirty minute feed is an hour and a half for us. 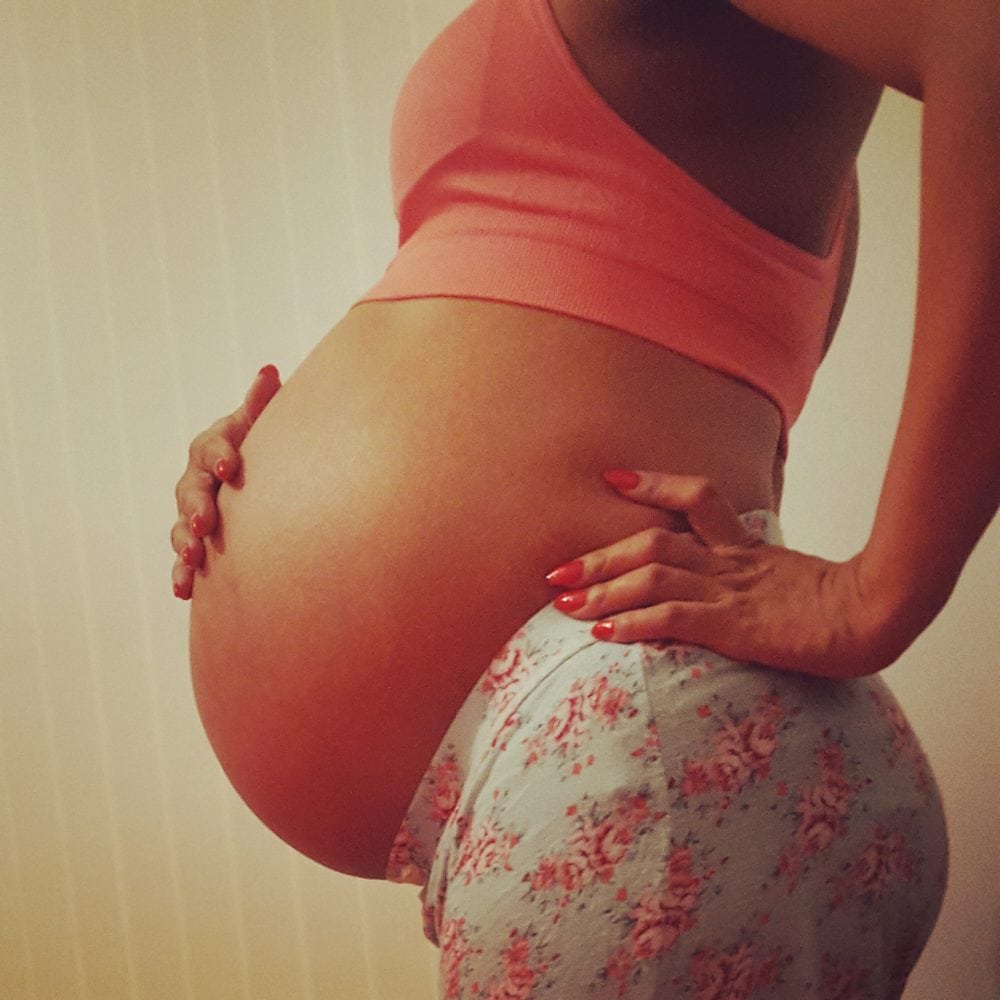 “Then we change their nappies, put them down for a nap, sterilise the bottles, and start the whole process again. The eldest three have been great though. They all muck in during feeding times. They don’t change nappies yet but they help to get things ready for their baths. We’re a family team.”

The family said it is all worth it for the adorable trio, who are happiest snuggled up together in their crib. The couple can be found blogging about the new mega-brood at www.facebook.com/ThreeMonroeAmigos

Selling a multiple birth story to a magazine or newspaper

To find out more about selling your story to the national press, see our Sell My Story page. Our service is free and there is no obligation.  Simply fill out the form on this page or visit our Contact Us page for other ways to reach our team.

We’re always on the hunt for interesting multiple birth stories, from twins and triplets, to quads or more!

If you would like more general information about multiple births, read more here: https://en.wikipedia.org/wiki/Multiple_birth