Would you like to tell your story to a magazine or newspaper?  We are the largest independent press agency in the UK, supplying stories to all of the national magazines and newspapers on a daily basis.

We will consider any story, and we guarantee the highest fees. We always tell your stories sensitively and you stay in control every step of the way. If you would like to tell your story to a magazine or newspaper, contact us using the story valuation form on this page.

This week read our amazing story that made a selection of national newspapers, magazines and websites. Finley Middleton is proof that size really doesn’t matter. He’s seven-years-old, but astonishingly weighs the same as a six-month-old baby. And at just 80cm high, he’s smaller than a one-year-old, barely bigger than a banana, and his four-year-old sister, Lucy, towers over him.

Born at 38 weeks, weighing just 3lbs, Finley was diagnosed with a rare genetic condition that has only ever been recorded once before in medical history.

The condition is known as GINS1. Coupled with an immune-deficiency disorder it means his growth is severely restricted and he’s constantly susceptible to infection. 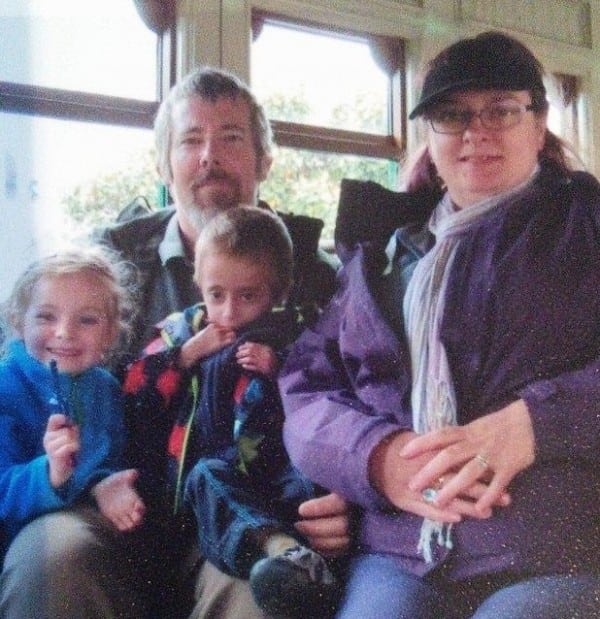 But despite growing at a startlingly slow rate of just 3cm a year, Finley’s strength and personality can’t be measured.

From the day he was born he’s been fighting for life with a gleam in his eye and a grin on his face, and he has a heart that’s just bursting with love.

Mum Michaela, 47, says: “He’s simply amazing. What he lacks in size he certainly makes up for in personality.

Full-time mum Michaela tragically suffered four miscarriages before she got pregnant with Finley in 2008.

She was a mix of emotions as each week passed bringing her closer to her delivery date.

But at her 36-week scan doctors became concerned Finley was too small for his gestation. 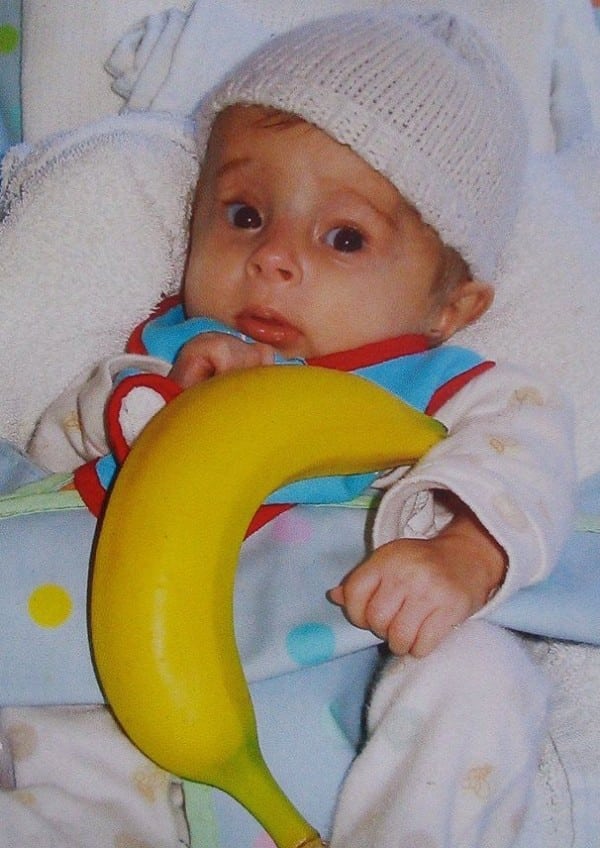 They planned to induce Michaela, but a day before her appointment, Finley decided to make a surprise visit.

“He’s been a determined little man from before he was even born,” says Michaela.

“But the second he was out, it was clear something wasn’t right.”

Midwives whisked the tiny 3lb baby away for tests and within a couple of days it became clear just how serious Finley’s condition really was.

“Something was desperately wrong, but doctors struggled to diagnose him,” says Michaela.

“And after a couple of weeks they were still unsure why he was so small.

“They rushed us to Great Ormond Street where they put him in isolation and flushed his lungs and tested the cells.” 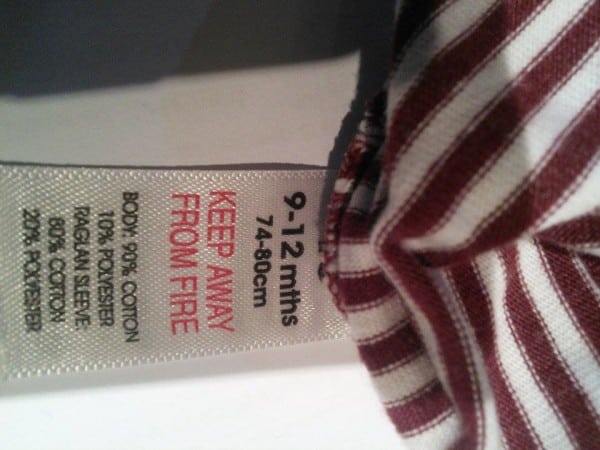 She recalls: “It was so harrowing watching him with wires and tubes all over his body going through test after test.

“I just wanted to cuddle him and feed him, but of course I couldn’t – he was too delicate.

Finley was transferred back to John Radcliffe Hospital after being diagnosed with an immunity disorder.

The family spent the next four months sitting by an incubator, and the next year in a Ronald McDonald hospice waiting for Finley to put on enough weight to be discharged.

But it took four more difficult years before they were finally given a diagnosis, after the hospital were forced to seek advice from specialists in the USA and France.

In 2014 doctors were able to identify a genetic imbalance in Finley’s immune system. Known as GINS1, the disorder is so rare that Finley is one of only two people ever to be diagnosed with the condition.

“It was great to finally have a diagnosis, but now we knew what the real problems were, we had to move ahead with treatment, of which there really is none.

“He has to have weekly blood infusion tablets and we have to feed him a high-calorie mix through a tube directly into his tummy,” mum Michaela says.

“We have to keep him away from large crowds in case he catches something. And there’ll certainly be no chicken-pox parties for him.

“For the first three years he had a constant chest infection and getting a cold takes months to get over.

“And of course he will never grow at the same rate or be as tall as other kids his age.”

But Finley remains the bigger person as he’s never let his condition get the better of him.

At seven-years-old and just 80cm high he’s never going to be the tallest in his class, yet Finley has an entourage as big as a pop star’s.

“Wherever he goes,” mum Michaela says, “he has his hangers-on – a group of boys and girls who cry if they’re not paired with him.

“He’s such a charmer with the girls, and really is the big man on campus. He’s bossy with his teachers and the carers at the respite centre.

“He likes to tell people what to do, and he’s not shy about raising his voice.”

Never knowing any different, Finley is walking tall through life just like any other seven-year-old, testing each boundary with a cheeky smile.

“He’s assertive at school and a little monster at home.” 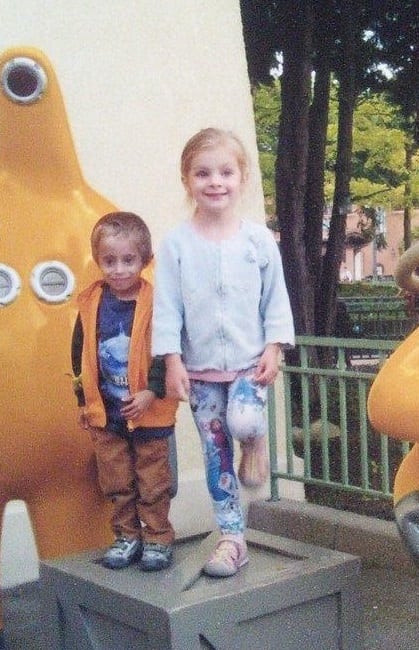 Michaela and her husband Justin, 45, who works in the motorsports industry, had their second child, Lucy, in 2011, and already she towers over her big brother.

“Finley uses it to his advantage though,” Michaela says.

“When he wants a cookie from on the counter and he can’t reach it, he asks Lucy to get it for him.

“But Finley likes to get himself into all kinds of nooks and crannies – under chairs, inside the washing machine and in cupboards.

“Lucy tries to follow him but usually just gets stuck.

“They cancel each other out in many ways. Sometimes she’s his big sister, sometimes he’s her big brother. It depends what he wants.” 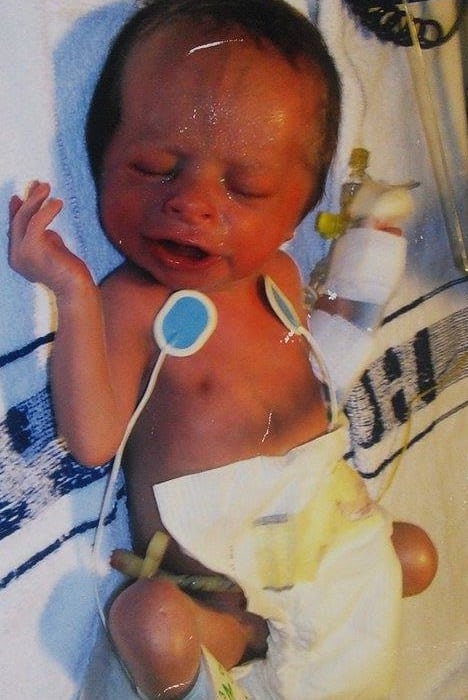 When it comes to shopping for clothes, Michaela has to get everything specially made as Finley is still in 6-12 month sizes.

“We can find clothes that fit, but they’re not appropriate,” Michaela says. “They have baby designs on them, cartoons.

At school, Finley has a booster seat in class and uses a smaller mouse so he can learn how to use a computer.

“Sadly he can’t ride on the school bus with his friends though,” says Michaela.

“And if he ever goes on a trip, I have to take him myself.

“We took him to Disneyland Paris last year and it was heart-breaking as he was so excited.

“But when we got there he could only go on the baby rides. He was too small to go on any of the roller coasters.

“He can’t ride a bike either as his hands are too small to reach the brakes.

“We’ve signed him up for after-school football club, but we have to be careful because he’s got next to no fat on him so he gets cold really quickly.” 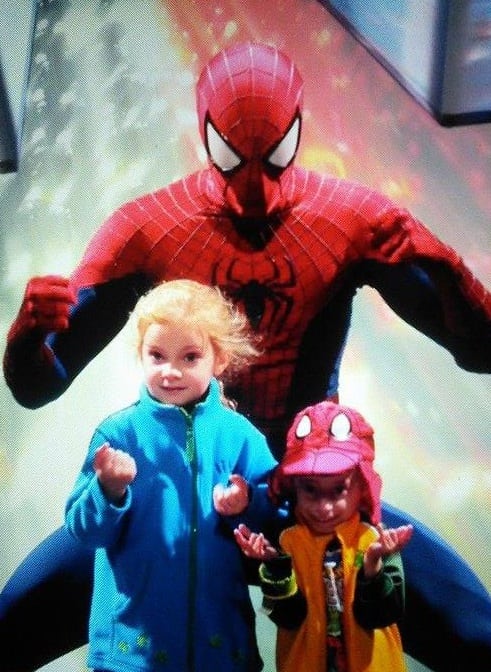 Sadly, Michaela and Justin have no idea just how Finley’s immune system will develop in the long term.

And doctors are unable to say how any illness could affect him.

“It’s as if his body is constantly weakened, as if he were going through chemotherapy,”
Michaela says.

“We just have to be vigilant at all times, while making sure he has a great quality of life and has the same experiences and opportunities as his peers.

“We do get some funny looks when we go out, especially in the early days when Finley and Lucy were sharing a twin buggy.

“People automatically assumed they were twins and wouldn’t believe it when I told them Finley was three years older than Lucy.

“He’s aware that he’s different, but he just tells people he’s special; which he is, in every conceivable way.”

And that’s about the size of it.

Do you have an interesting or heartwarming story you would like to share with the national press?  We’d love to hear about it and help you get the maximum fee for sharing your story.

Our service is completely free, so what are you waiting for?  If you want to tell your story to a magazine and find out what it’s worth, simply tell us a little bit about your story using the story valuation form on this page.  We’ll get back to you to let you know if your story is suitable and how much it’s likely to be worth.

We won’t use anything you send us until you give us the go-ahead, but once you do, we’ll send your story around to the national magazine editors in our daily story auction, where they will bid for the rights to use your story exclusively.  If you are happy with the price they’ve offered, we’ll interview you over the phone, write your story, give you the chance to make and changes, and then get it published.

To read more about the story selling process, see our Sell My Story page, which tells you more about what we do.