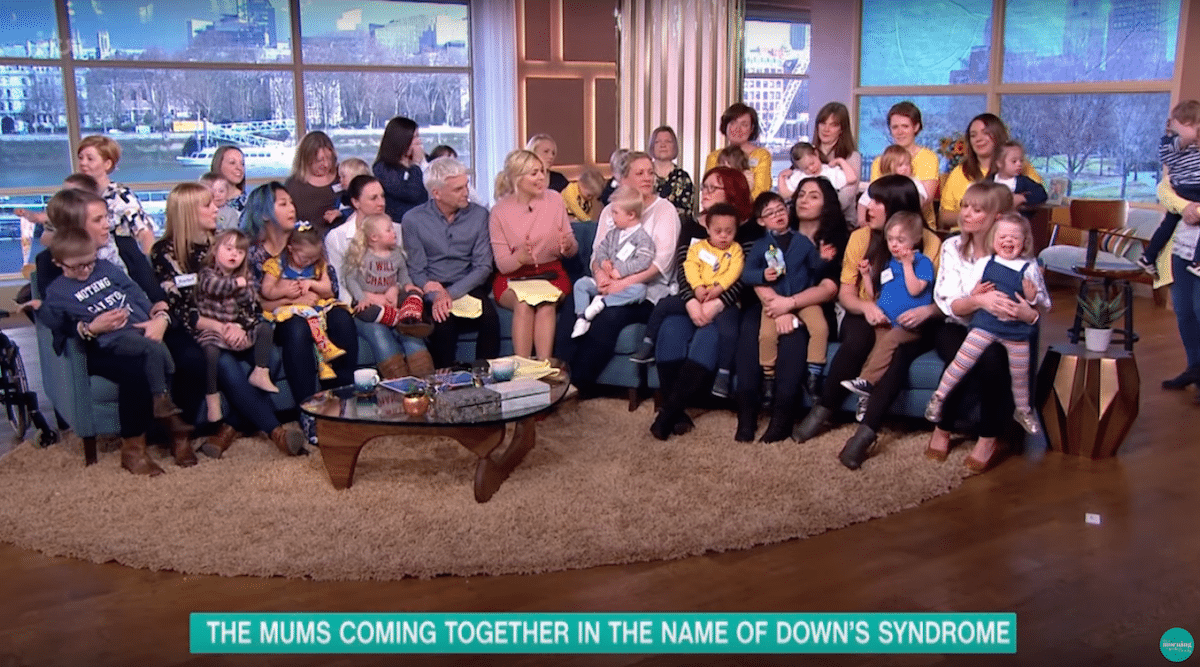 How can I tell my story on This Morning?

We’ll help you tell your story, and get paid the maximum fee possible, help others in a similar situation or raise awareness for a cause or a charity.

Whether you want to raise awareness, tell your side of the story, or simply share an amazing story, we work closely with ITV’s This Morning show. Furthermore, we also work with every major UK publication. Recently we helped Becky Carless to share the incredible carpool karaoke video she put together. Becky got 50 mothers whose children have Down’s syndrome to record a touching carpool karaoke-style video to raise awareness of children with an extra chromosome.

If you have a story, contact us today, or complete the Enquiry form on this page.

How SellUsYourStory.com helped me tell my story on This Morning

Celebrities including James Cordon even tweeted about the touching video.

We arranged for Becky to then appear on This Morning alongside some of the other incredible mums and children who featured in the video.

SellUsYourStory.com is part of SWNS, the UK’s largest independent media agency. We guarantee to get you the coverage you’re looking and the highest fees (yes, we pay YOU to publish your story!).

Fifty mothers whose children have Down’s syndrome have recorded a touching carpool karaoke-style video. Its purpose is to raise awareness of children with an extra chromosome.

The mums are part of the Facebook group Designer Genes. They were inspired after seeing another carpool karaoke video which was signed with Makaton.

Makaton, a simplified form of British Sign Language, is designed to help hearing people with learning or communication difficulties using signs alongside speech.

Mothers from all over the UK, decided to replicate the idea with their children, who also have an extra chromosome. Just in time for World Down’s Syndrome Day on March 21.

The group of proud parents says they have been told across the media in the last year that “children like theirs would be better off ‘screened out'”.

In the video, the 50 mums and their children can be seen doing Makaton to multiplatinum hit, A Thousand Years by Christina Perri.

Becky Carless, 35, from Coventry is the mum who came up with the idea for the video. 50 Mums, 50 Kids, 1 Extra Chromosome – which has been months in the making.

The group thinks it could become a worldwide hit. They hope it will be aired on the likes of the Ellen DeGeneres show in the USA.

Becky and her son Archie four took part in the video.

She said: “We believe this video really does have the potential to be the most viewed across the world on World Down Syndrome Day this year.

Becky, who is also mum to Zachary, eight and Bethany, 21, added: “When I had the vision for the video and put it forward everyone loved it.

“It’s really special because we don’t all know each other because we are from all over the country. But now we feel like we do.

“We have all cried a lot since the video went live. We have such a sense of pride to show people our children are just like everyone else.

Dispelling the myths about Down’s Syndrome

“The video dispels a lot of myths about Down’s syndrome. You can see from the video our children don’t all look the same.

The group reached out to Christina Perri’s husband, Paul Costabile, on Twitter to ask if they could use the song.

Within an hour, the LA-based couple declared their heartfelt support for the idea. They committed their multi-million social media following and waiving any copyright claim to the music in support of the campaign.

Paul Costabile even went on to declare that he is a life-long advocate of children with special needs. In particular, Down’s syndrome.

He told the group about his production of the film, More Alike Than Different, for World Down Syndrome Day in 2015.

The tear-jerker film is said to visualise “every conceivable message about disability, diversity and inclusion without having to say a word”.

Next steps to tell my story on This Morning

If you are thinking ‘I’d like to tell my story on This Morning’ then get in touch today. We work closely with This Morning to arrange clients sharing their real-life stories on ITV’s hit show.

Simply fill out the form on this page to contact us.

You can find out more about selling a story to a magazine or a newspaper on our Sell My Story page.  Or, see our Be on This Morning or Appear on This Morning pages to find our more.