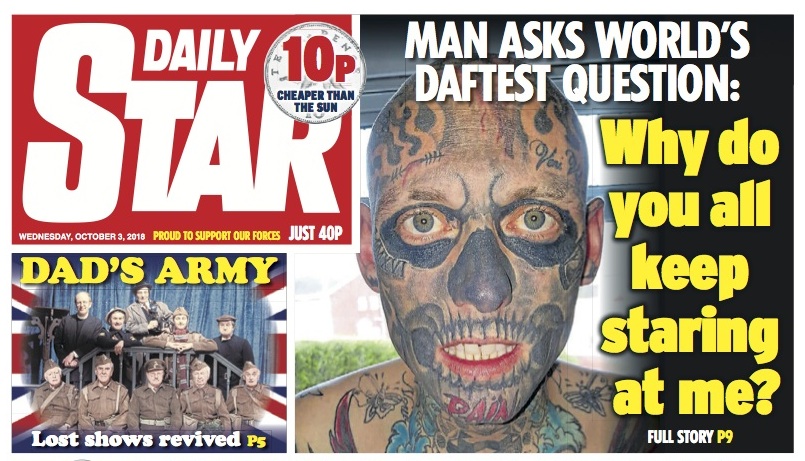 Have you ever thought ‘I want to tell my side of the story’?

If you want to tell your side of the story to the press, then you have come to the right place.

We can help you tell your story to the newspapers in your own words. Whats more, we’ll pay you the highest fee possible for sharing your story.

How to tell my side of the story

How to Sell My Story:   Simply fill out the form on this page to sell a story. Tell us the main points of your story and we’ll get back to you if it’s something we can place in a national magazine or newspaper for you. We’ll pay you (or a charity of your choice) for sharing your story. We pay the highest rates for newsworthy stories, videos or photos.

Send over your story idea

We’ll consider any story, as long as it would make an interesting magazine or newspaper article.

Chris, 33, got in touch with us because he was sick of being judged for his tattoos.

The chef got his first tattoo when he was 16 and has racked up a staggering 600 tattoos since.

He says when he finds a bare patch of skin in the shower, he gets it covered as soon as possible.

But he admits that his face tattoos have left him open to ridicule and he often hears people say “look at the state of his face”.

However Chris doesn’t regret any of his artwork – in fact he’s booked in for another six hour session next week.

He wanted to tell people that he might have tattoos on his face – but he’s still a loving dad and partner.

Chris emailed us and our trained reporter Joe had a chat with him on the phone about his story.  They worked together to make sure Chris was happy with the story.

When Chris was ready, we arranged for his story to appear as an exclusive in the Daily Star.  The story even got a mention on their front page.

After that it was featured in a number of other newspapers and websites, and we are in the process of securing TV coverage for Chris.

He will be paid a fee by all the newspapers who used his story.

Send us your story today