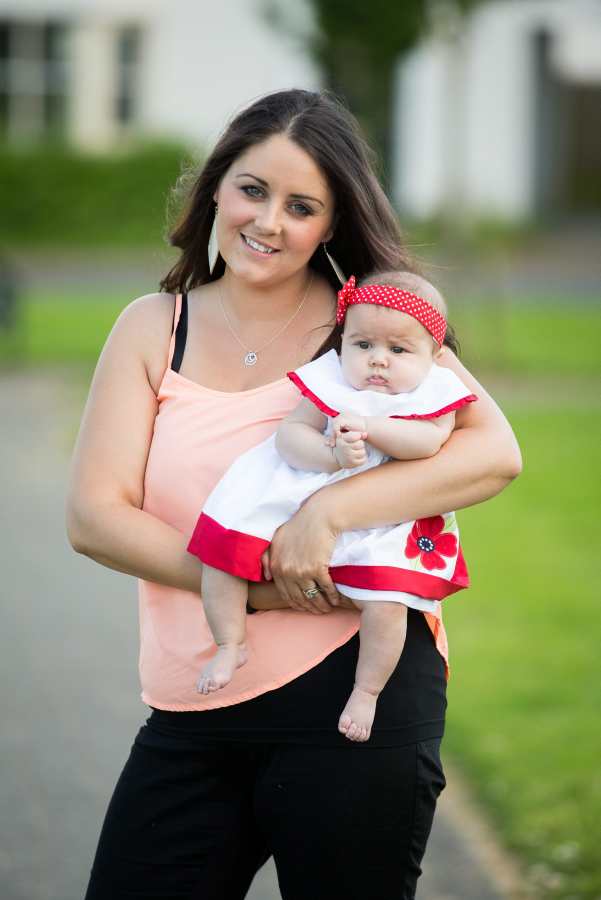 Michelle Hui talks about her miracle baby who survived abortion and a miscarriage.  Baby Megan is so amazing that medical journals are writing about her.

I was standing at the train station in County Kildare, Ireland, waiting for my train to go to work when I felt a gush down below. I looked down and saw, to my horror, that my white linen trousers were covered in blood. I was just six weeks into my pregnancy.

I immediately started walking home and called my hubby, Ross, 33. “I’m at the station, and I think I’m losing the baby,” I cried. “Oh, God,” he gasped.

We already had two children together: Mya, 3, and Noah, 24 months. I suffered with polycystic ovary syndrome and I’d needed fertility drugs to help me conceive. But because Ross and I loved nothing more than being parents, we decided to try for another baby. Only this time, we wanted to do it naturally. Though things moved a lot faster than either of us had dared imagine.

“I can’t believe it,” I said, as I held the little stick between my thumb and finger. “It’s positive.” It was only a couple of months after we’d started trying and the two little blue lines was something I never thought I’d see again. Ross was delighted, and although we wanted to tell everyone in our family, we kept it to ourselves. 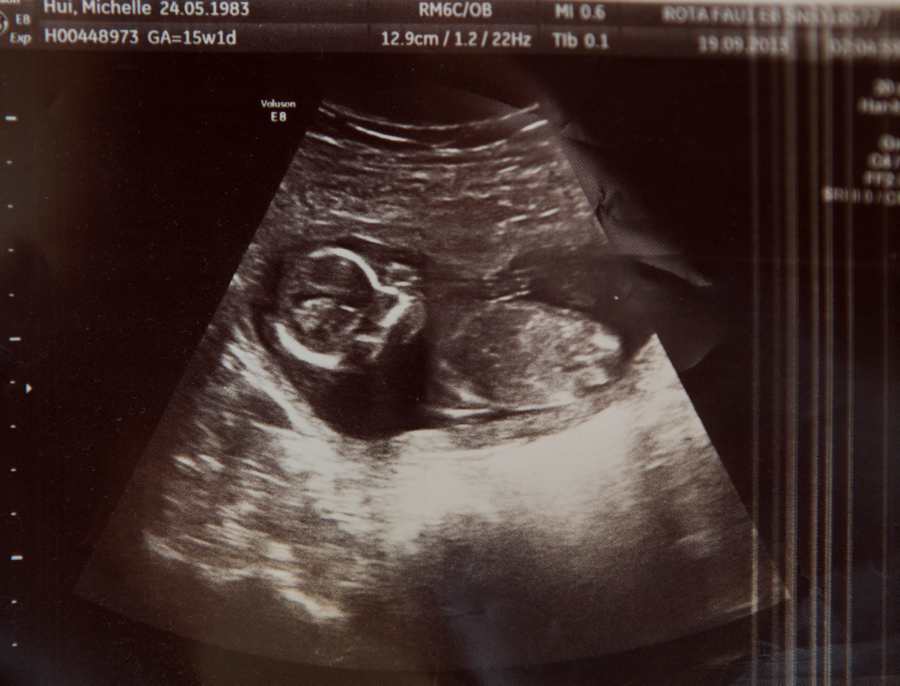 That was six weeks ago, and two days ago, and as I walked home as fast as I could, I couldn’t help feeling devastated that I was having a miscarriage.

Ross grabbed me as soon as I walked through the door and hugged me. “Let’s get you to the hospital straight away,” he said. We drove the kids to my mums and then raced to Rotunda Hospital in Dublin.

Still holding Ross’s hand, I broke down. I was in such shock and still bleeding quite heavily. The doctor suggested I stay in hospital overnight and he gave me an abortion pill to help clear my uterus. That night on the ward I tossed and turned grieving over the baby I had just lost. It was the longest night of my life.

Having a miscarriage was bad enough, but on top of that to have an abortion was horrific. In the morning the doctor advised me to take a pregnancy test in 10 days. 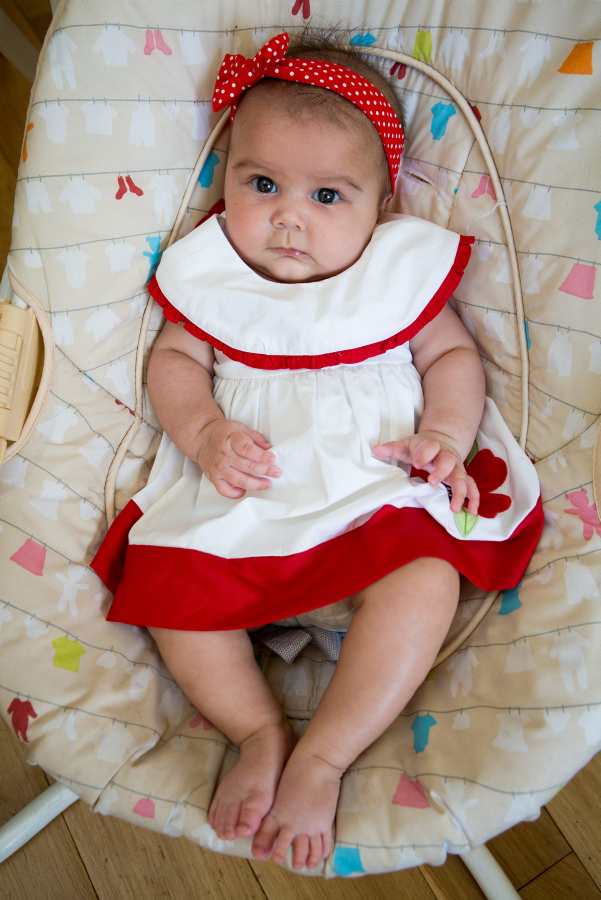 “A positive result means you still have pregnancy hormones, so the drugs haven’t cleared everything from your womb,” he said. I would have to return to the hospital for a surgical procedure called a dilatation and curettage (D&C) to remove any remaining tissue.

The next ten days were just a blur. We told friends and family about losing the baby, and they were just as surprised to hear we were having another baby. Everyone came together and gave us so much support. Mya and Noah were lovely, and of course we hadn’t told them about the baby. They just thought mummy was ill. 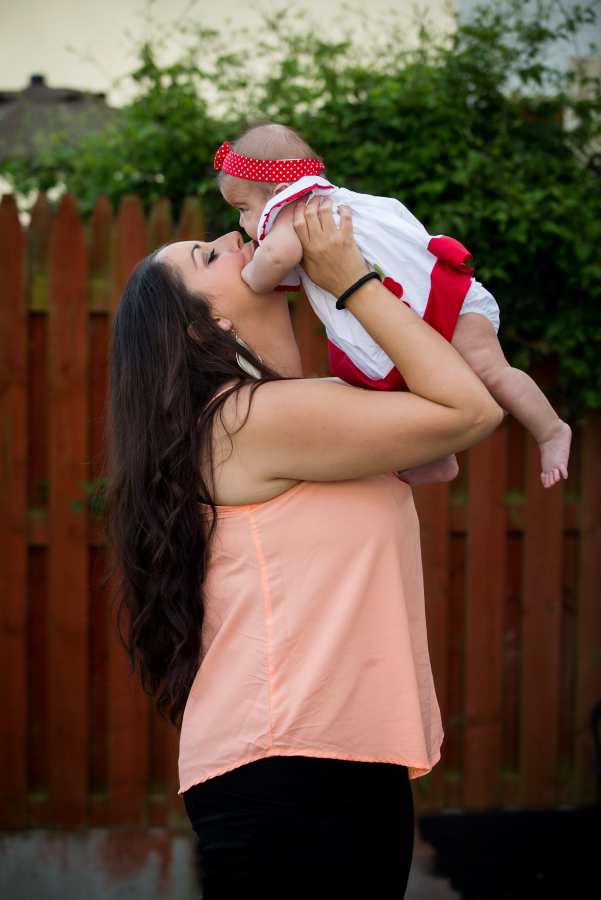 I went out with friends to drown my sorrows and even drank half a bottle of wine. I drank myself silly, and I very rarely drink. But then a few days later, after a pregnancy test came back positive, my hopes were dashed once again. “I’m not sure I can handle this, “I said to Ross. At the hospital, they wheeled me in for a preparatory scan for the D&C and hooked me up to the monitor. But when then I was certain I saw a flickering of a heartbeat on the screen.

My own heart skipped a beat. Was that what I thought it was? Surely not. I brushed it off. I’d been through a huge amount the last week, and the last thing I could trust was my own senses. But then the doctor said she needed to go and get a colleague to look at something.

When she returned she had a senior doctor in tow, and when he’d taken a careful look at the monitor, he turned to me and said: “You’re not going to believe this, but we’ve got a healthy baby in there.” 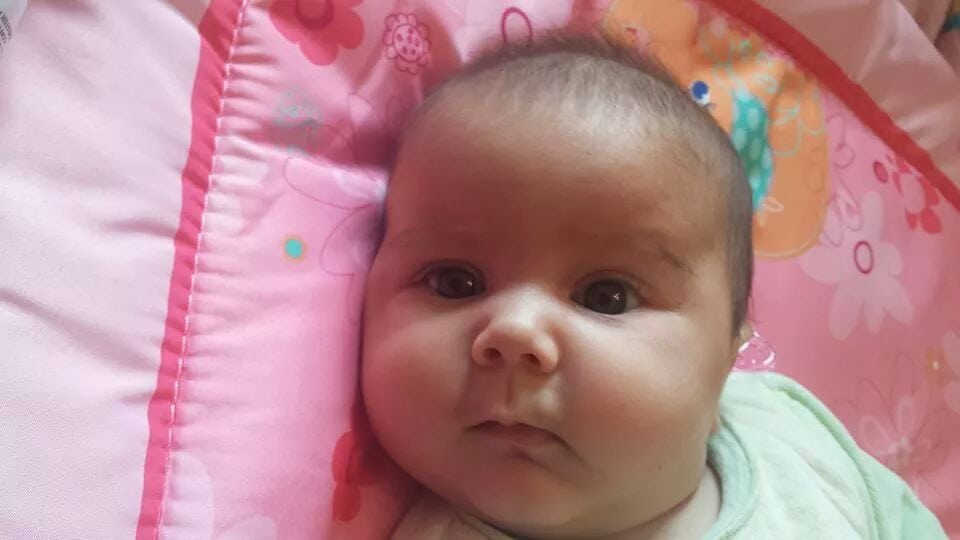 I couldn’t speak so I just stared at him, and then at Ross, and then back to the doctor. ”It appears you may have been expecting twins and lost one. But the other baby survived.”

Impossible, I thought. I’d had five scans and only this one had shown that I could have been expecting more than one baby. As I tried to take in what he was saying, he turned to Ross and tried to explain what had happened. “The cervix must have closed back up. Blood clots in Michelle’s womb during the miscarriage had obscured the other baby on the previous scans. “But now, there it is…”

After all we had been through I didn’t want to even get my hopes up. Suddenly I realised what he was telling me. I had still lost one baby, though there was one still alive. It was hard to comprehend. On the one hand, I was grief-stricken, and on the other, I was delighted I was still going to have a baby. There was no explanation the doctors could give me for how the baby had survived an abortion pill.

“How will the medicine Michelle’s already taken affect the baby still in there?” Ross asked. The doctor nodded and said: “There’s no way to be 100 per cent sure, but we’ll keep a close eye on you, Michelle. “I’ve been doing this for 25 years and I’ve never heard of anything like this happening before – it’s a blessing for sure. Someone must have been watching over you.”

We left the hospital full of mixed emotions. And when we told our friends and family they couldn’t believe it. We hadn’t told Mya or Noah about the miscarriage, so they were delighted to learn there was a baby in mummy’s tummy. “I hope it’s a girl,” said Mya. 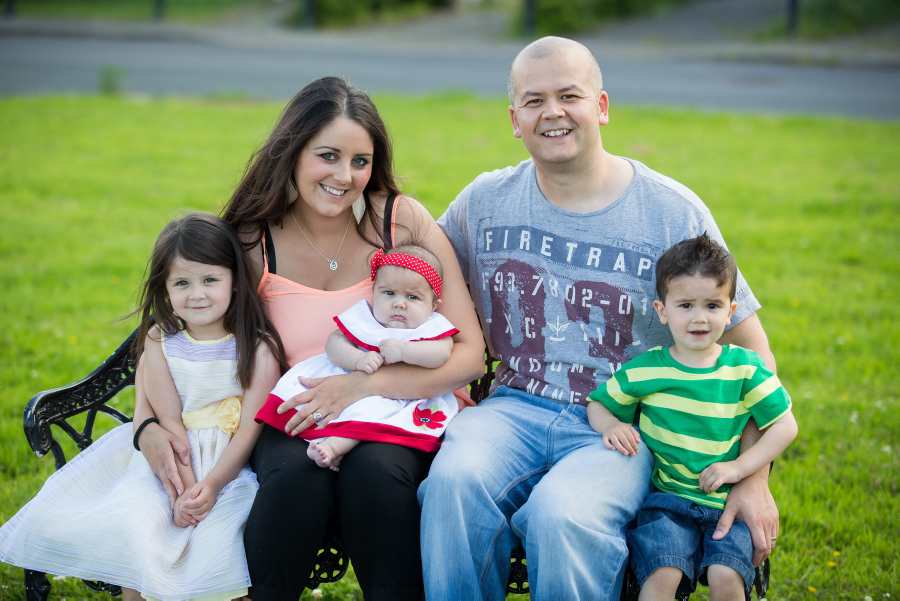 I didn’t care whether it was a boy or a girl – more than anything I just wanted to have a healthy baby. The next few months were terrifying. I would wake up in the middle of the night scared out of my wits that I was losing the baby. I went for scans and check-ups almost every week. But each time the doctors and nurses told me everything was fine.

They were right. At 37 weeks, with Ross by my side, I gave birth to a healthy girl. Megan was 6lbs and couldn’t have been more beautiful. She was a fighter who had survived a miscarriage, and an abortion and that’s why we called her Megan: it means strong fighter.

I held her in my arms and looked down at her. “Thank God you’re here,” I told her. “We love you very much.”  Two days later we were allowed to come home and when we did, Noah and Mya were delighted with their new baby sister. Who could blame them – she is a big healthy pudding of a baby!

Despite everything we had been through though, I still couldn’t help be grieve for the baby I lost. If I hadn’t had the miscarriage, Megan would have a twin brother or sister to play with, and to grow up with. But we realise just how lucky we are to have her.  She is a real miracle, and she’s been written about in medical journals. We were always a strong family, but to be honest it has just made us stronger.

If you have a miracle baby story that you would like to share with the press, please contact us today. We are the UK’s biggest and best press agency – we supply national magazines and newspapers with around 20% of all news content.  We’d love to help you share your story and secure you the most money possible.  Our service is completely free, so what are you waiting for?!

You can tell us a little about your story by filling in the form on the right hand side of this page.  One of our team will get back to you with a story valuation, and if you’d like to go ahead, we can get more details from you over the phone.

Read more about how to sell a story to the press here: https://www.sellusyourstory.com/sell-my-story/