Charlie, 23, and husband Guy were charmed when they found a replacement car for sale on Facebook for just £200. But when they got home and opened the boot, they adder bit more excitement when they found a 3-ft long sleeping boa-constrictor in the back. Rattled, the couple rang the police who told them they now owned the car and all its contents. 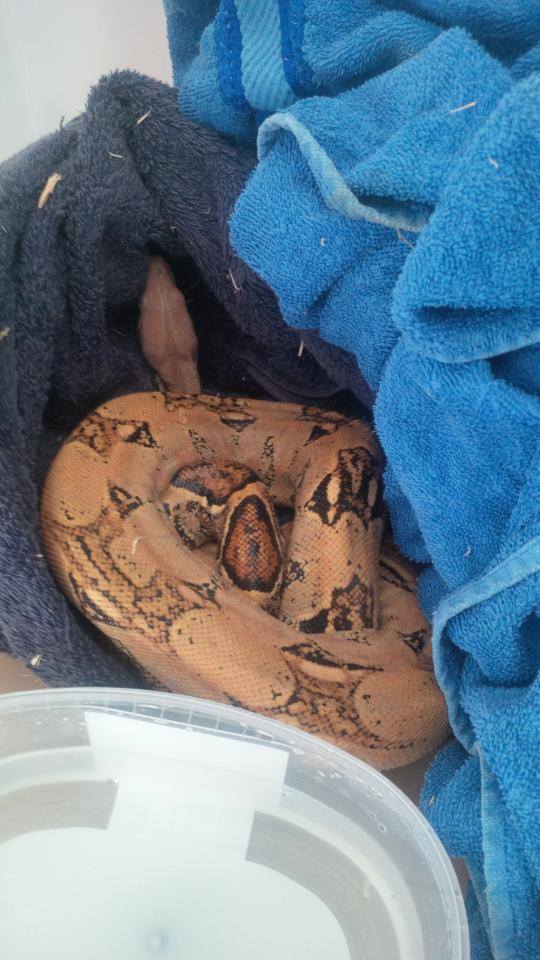 After Charlie’s car broke down for good, she found a VW Golf on Facebook going for a steal at only £200. However, when she contacted the seller, he told her it had been abandoned and that was why it was so cheap. Charlie thought it was worth it for the price and arranged to meet up. But when she arrived, the owner’s sister turned up instead, and after briefly showing them the car, opened the boot to remove some old junk before handing over the keys.

When Charlie and husband Guy got the car back to their garage, they opened the boot to see how clean it was, only to find what looked like a toy rubber snake coiled up in the back. But when Guy reached in to take it out, pretending to throw it at Charlie, the snake opened its eyes and hissed out its tongue. Terrified, Charlie slammed the boot shut, and both ran out of the garage screaming. The couple rang the police who told her that as she’d bought the car and all its contents, the snake now belonged to them. Terrified, the couple crept back onto the garage and gently opened the boot. The snake which was ‘huge and scary’ was still there, in the back of Charlie’s new car. 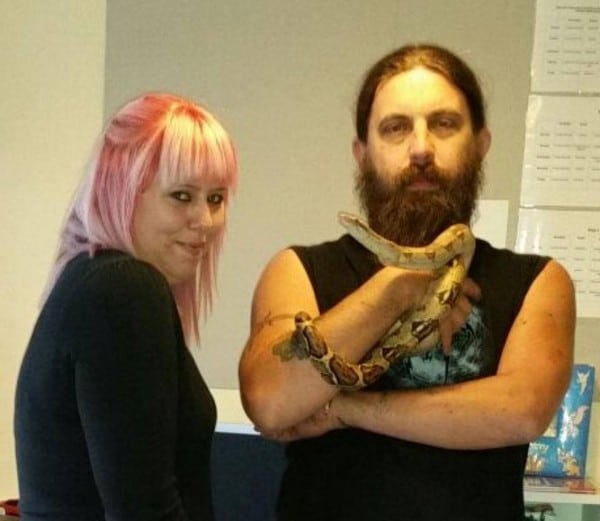 ‘It was utterly petrifying,’ says Charlie. ‘Snakes terrify me to the bone.’ So after the RSPCA told them they couldn’t make it until the next day, Charlie contacted a local reptile man named Graham who owns Berkshire Reptile Rescue, and he came out immediately. Charlie says: ‘The snake was in a very poor condition. It was highly dehydrated, and blind in one of its eyes. Graham is now taking care of all of its treatment. ‘I think he is a credit – he is the only bloke in our area who does this sort of thing and he really helped us out. Without him I would have to keep a snake in my house all night. He deserves all the credit for this rescue.’ She rang the car’s previous owner – Christopher Morrison, of Bracknell, Berkshire – who told her he had lost his three-year-old snake two months ago. Charlie named the one-and-a-half-year-old snake Marvin as it was obviously a very hungry beast when they found him.

If you have a pet or animal story that you would like to sell to a magazine, just fill out our story valuation form and we’ll tell you how much it is worth.  There is no obligation and nothing will be printed without your permission, but we do guarantee the highest fees.

You can see more of our pets and animal stories here: https://www.sellusyourstory.com/news/category/animal-stories/

Of course we are always on the hunt for any story that is media worthy (not just funny pet stories).  If you are considering selling a story to the press, read more on our Sell My Story page.