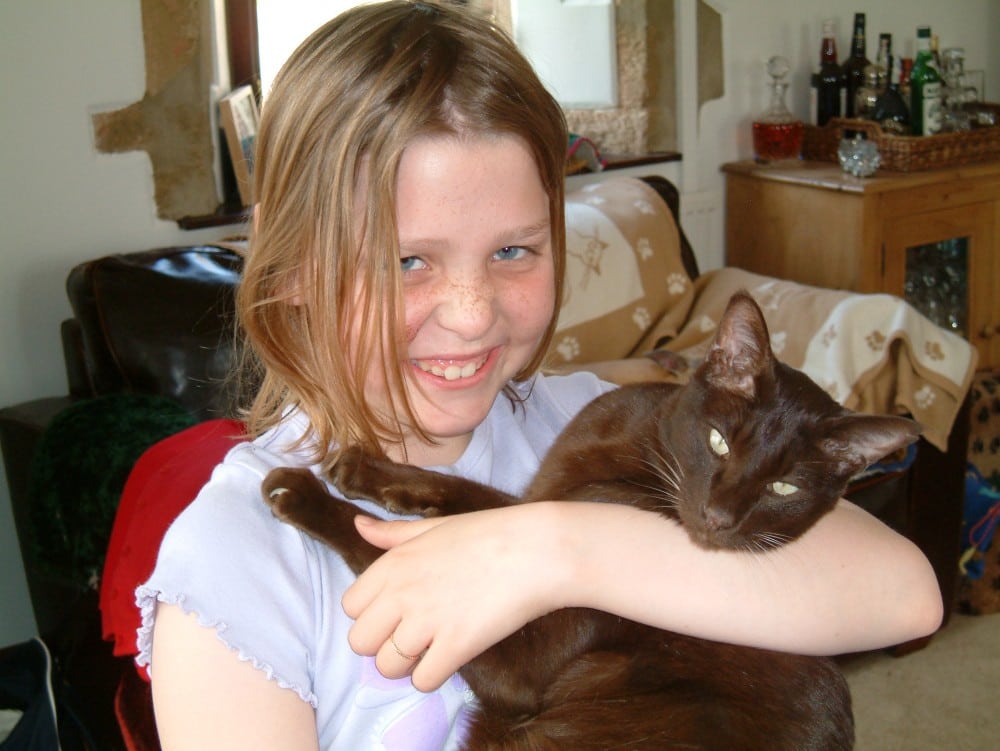 Have you been the victim of sexual abuse at the hands of a parent or trusted guardian?

If you wish to tell your story in order to help others in a similar situation, we can help you.

Our friendly, trained journalists help hundreds of people each year share their tragic and amazing stories of survival.

Use the form on this page to get in touch, or contact us here.

Most people imagine rapists to be evil strangers who prey on vulnerable women and attack them whilst they are alone. But that’s not always the case.

I was sexually abused and raped repeatedly from the age of eleven by someone I thought I could put all of my trust in – my adoptive dad, Bernard Chapman, 64.

He was supposed to be there to look after me, to love me unconditionally and protect me from harm. But he was the person I needed to be protected from.

That’s why when I heard about this campaign I knew I had to be a part of it.

Confiding in my family and reporting my dad to the police was the hardest thing I’ve ever done, but it was the best decision I could have made. I finally feel free.

Growing up I didn’t have a care in the world and on the outside my childhood looked idyllic.

On the outside my childhood looked idyllic

My younger sister, Kirsty, was four and I was nine when we were adopted by Bernard and his wife, Valda, 55, after they were unable to have children of their own.

We moved into a big house in the countryside near Caldicot, Monmouthshire and for the first time we each had our own bedrooms.

We had a big garden to play in, pet dogs to take for walks and enjoyed meals out and holidays abroad – just like any other family.

My adoptive parents ran their own business and dad worked away during the week, but when he got back he would give me his undivided attention.

It wasn’t long before I was a complete daddy’s girl.

After a year with him our relationship changed

I enjoyed the love and attention he showed me, but after a year with him our relationship changed.

Kirsty and I had been outside messing around in the chicken pen. We found an egg and ran indoors to proudly present it to mum.

Kirsty was leaning on the door frame, struggling to pull off her wellies and without thinking I slammed the door, trapping her thumb.

She screamed in pain and burst into tears. I felt terrible, but mum reassured me it was just an accident and bundled Kirsty into the car to take her to A&E.

She was kept in hospital overnight, as she needed surgery on her hand, so mum stayed with her, while dad looked after me.

At home he plonked himself down on the sofa in front of the TV, while I danced around the living room.

Smiling, he tapped his lap and said: ‘Come and give me a cuddle.’

He pulled me up onto his knee, only he then started touching my privates over my pink Eeyore nighty.

I froze with fear, before panicking, leaping off him and running upstairs – scared and confused.

The next morning dad didn’t say a word about the night before, it was as if it never happened.

But a fortnight later, dad put up the fold-out bed for me to sleep in the lounge with him.

He flicked on a pornographic channel. Shocked, I had never seen anything like it before.

He told me to lie down on the bed before forcing himself on top of me and having full penetrative sex.

I wanted to cry out, but I was too frightened to say or do anything

It was painful and I tried to get him to stop, but he put a pillow in my mouth and I bit down on it hard.

I wanted to cry out, but I was too frightened to say or do anything, apart from what he told me.

When it was over he told me to go and shower. I rushed to the bathroom and threw up in the loo.

Afterwards I climbed into bed and cried myself to sleep.

For Kirsty’s sake I didn’t breathe a word. She was happy in our new home and I didn’t want to drag her through foster care again.

I didn’t know any different

From then on dad started to rape me whenever he got the chance.

Young and innocent, I began to think it was normal. I didn’t know any different.

Every weekend when he was home he used to say goodnight to mum and Kirsty, shutting their bedroom doors behind them, but instead of tucking me in he would leave my door open so I could sneak out.

I would creep across the landing and down the stairs. He gave me privileges like playing games on his mobile phone if I kept quiet.

Dad started to give me a drug called amyl nitrate, also known as poppers, on a few occasions before abusing me too.

To keep me sweet, he bought me gifts. When I was 13 he gave me make-up.

Mum spotted me in bright eye-shadow and red lipstick and confronted dad when I told her he had bought it for me.

She asked him what he was playing at, telling him I wasn’t old enough for make-up.

He said he would bin it, but instead he hid the make-up and made me wear it when he abused me.

Mum said I couldn’t have a bikini either and she hit the roof when she found out dad bought me one.

I began to realise that what dad was doing was wrong

As I got older, I began to realise that what dad was doing was wrong.

I began trying to make excuses or pretend I was asleep. But if I didn’t do what dad wanted then he would make life a living hell for all three of us.

When I turned 16 and got my first boyfriend, dad wouldn’t let him near the house.

I got a job at a fish and chip shop and started earning my own money and gaining independence. Dad didn’t like it and claimed I was ‘running wild’.

It was only when I was 19 – almost a decade after the abuse started – that I finally blurted it out.

Mum and I had got into an argument about a couple of friends I knew.

‘They aren’t having sex,’ I insisted.

‘Of course they will be,’ she said. “Look at your sister. She’s the same age as that young girl. Her body isn’t properly developed. What would you do if an older man was having sex with her?’ mum asked. 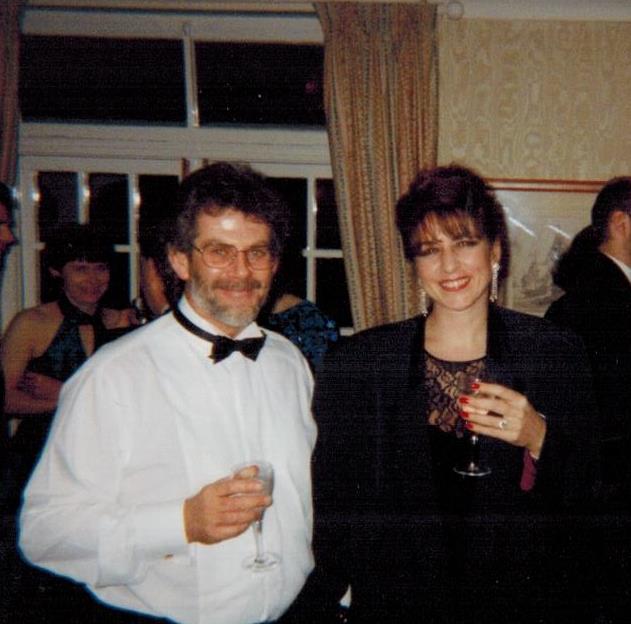 I blurted it out before I even had the chance to think about what I was saying.

‘Think about what you’re saying Jo,’ mum warned me, tearing up. ‘Because if that’s true, it’s going to blow this whole family apart.’

‘I’m not lying,’ I croaked, desperate for mum to believe me.

She ran for the bathroom and I could hear her retching as she was sick, while Kirsty stood there in utter shock.

Mum came back and sat with me.

‘Tell me everything,’ she whispered.

She couldn’t help but blame herself

I told her when it began and recounted the times he had abused me, and as mum listened it all started to make sense to her.

‘Why did you never tell me? I could have protected you,’ mum sobbed. She couldn’t help but blame herself.

In a split second I had turned our whole world upside down and changed it forever.

Mum and dad had been married for 23 years. They were best friends and business partners.

Now I had to tell her he wasn’t the man she thought she knew and loved.

For ten years he had been acting as the protective father and doting husband, but all the time he was living a lie.

Dad was in the office when mum confronted him.

‘She’s told me everything,’ she screamed at him.

He turned and said to me: ‘You spiteful bitch.’

Mum called the police and dad was arrested.

Mum called the police and dad was arrested

Dad denied it and even took a lie detector test to prove his innocence. But it came back he was lying on all counts.

I broke down as I gave evidence from behind a screen.

The court heard how his crimes were made worse by the use of ‘coercion and threats’ against me.

At the end of the trial, I sat holding my fiancé Wayne’s hand as the jury delivered the verdict.

My dad was found guilty on all 14 charges and he was jailed for a total of 18 years. I wept with relief.

Mum, Kirsty and I never want anything to do with dad anymore and we won’t let his actions tear us apart.

We helped Jodie tell her story to Take a Break magazine and Reveal magazine.  If you would like to raise awareness about abuse, share your story, help those in a similar situation, and warn others, we can help you.  Every week we help people tell their story, their way.  We handle all stories sensitively and professionally, and ensure that you achieve the highest fee possible for you or a charity of your choice.

If you are thinking about selling your story to the press, fill out the form on the right hand side of this page.  All correspondence is confidential and preliminary at this stage (until you advise us otherwise). One of our friendly team will let you know if it’s something we can help you with, and the fee that your story is likely to achieve.

SWNS is the UK’s largest press agency supplying up to 20% of content to the daily newspapers and magazines each day. If you would like to read other stories that we’ve printed recently, take a look at our Latest Clients page.