SWNS, the National Press Agency behind SellUsYourStory.com wins four out of six prizes at this year’s news agency press awards.

Press agency journalists who supply the majority of stories to the national newspapers and magazines had their moment to in the spotlight, but it was Press Agency SWNS (SellUsYourStory.com) that was the big winner on the night, taking home four of the six press awards up for grabs.

Features reporter Harriet Rose-Gale claimed both the Feature of the Year Award for her story about Bobbi Woodley who was sexually and mentally abused by her father for three decades, and The Keith Patrick Award for her work on mistaken acid attack victim Andreas Christopheros.

Other SWNS winners included photographer Peter Summers for Picture of the Year, after the talented snapper captured an Osprey as it snatched a Trout from a river.

Laura Elvin from the SWNS News Team picked up the Spec News Award for her story about poppy seller Olive Cooke who killed herself after being hounded by 99 charities for donations.

SWNS director Andrew Young (affectionately known as OG within the media industry said he was ‘immensely proud’ especially after collecting the Picture of the Year award on behalf of Peter Summers.

Jon Harris, Napa chairman, said: ‘The quality of entries in this year’s awards was quite outstanding and is typical of the agenda setting content which our member agencies source, compile and distribute to all media on a daily basis.’’ 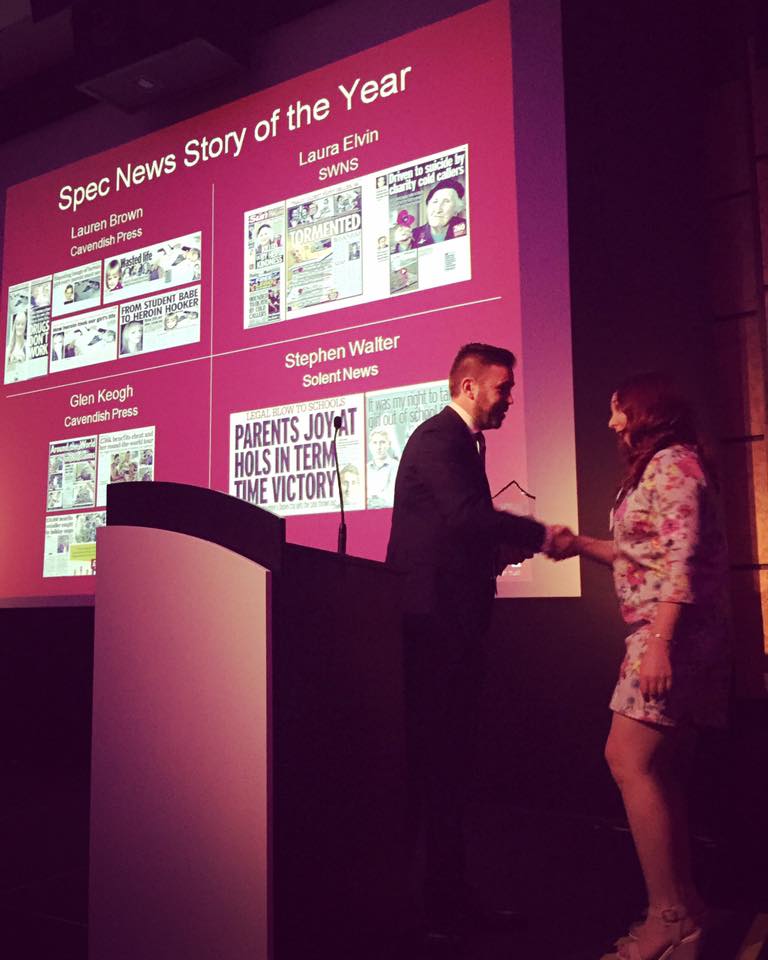 SellUsYourStory.com help members of the public connect with the national press and achieve the most money for selling their stories, photos and videos to newspapers and magazines.

SWNS has also won funding to create an online system where contributors can track their payments for stories, videos and photos in real time, which will make the process even more efficient.