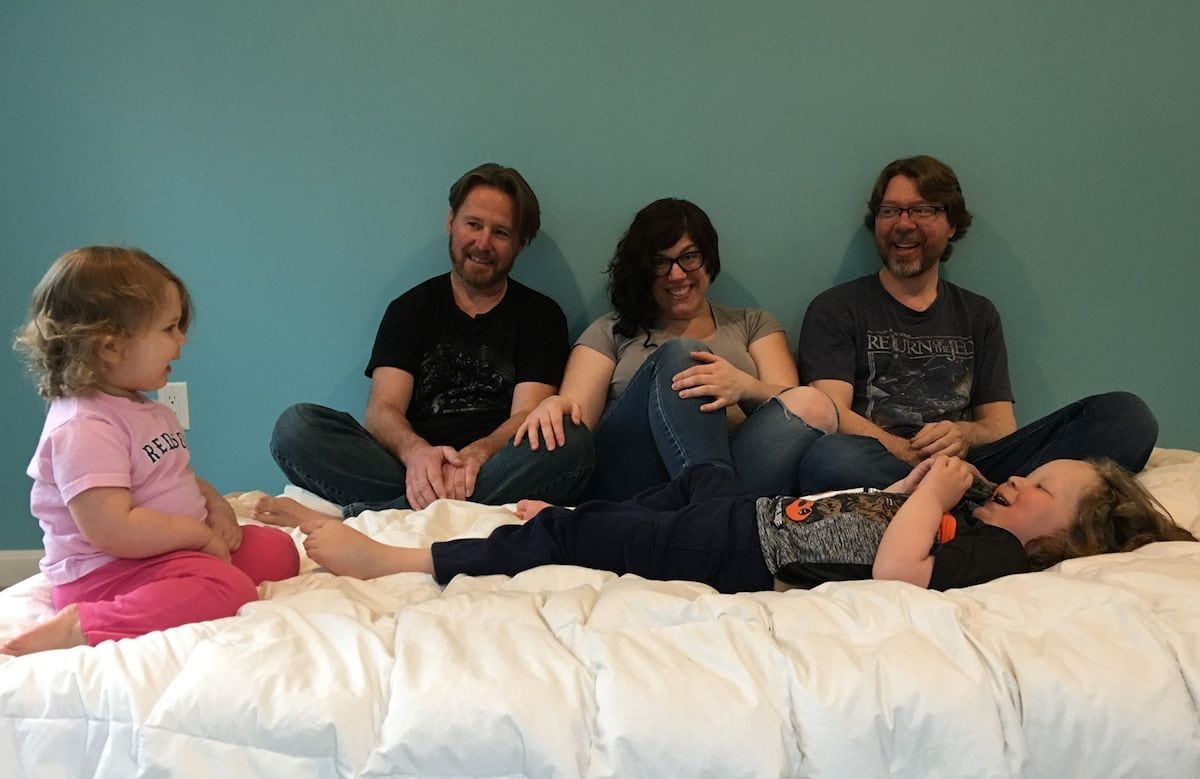 Would you like to sell a relationship story to a magazine?

If so, you’re in the right place. We work with every major magazine title, newspaper, and television network.

We’re part of the largest independent press agency in the UK. We’ll help you share your story quickly and for the highest fee possible.

How to sell a relationship story to a magazine

Every day we’re on the look out for new stories, particularly interesting relationship stories to fill the pages of the women’s magazines. We’ll do all the hard work and we’ll even write your story for you!

All you need to do is tell us a little about your story using the Story Valuation Form on this page. One of our writers will get back to you if your story is suitable for our magazines.

We’ll find out more and arrange photos. Once we’ve written up your story we’ll sell it to the highest bidding magazine in order to get you the best fee (or sell it to a magazine of your choice).

A mum has told how she lives with her TWO families in the same house – which she shares with her husband, her ex and their children.

Lindsay Taylor, 33, describes her unusual living arrangements as “a very modern family,” and stayed best friends with her ex-husband Chris Kelley, 46, when they split up.

Not long after their daughter Joanna, now two, was born Lindsay met Mike Taylor, 50, and they fell in love.

Knowing her marriage to Chris was over, Lindsay began divorce proceedings in 2016 but the couple remained on good terms.

Ex husband suggested we move in together

Chris looked after their children, Joanna, and Lucas, five, who suffers from a rare immunodeficiency disorder, chronic granulomatous disease or CGD. Lindsay moved back in with her mum and began seeing Mike and soon they decided to move in together. But when they were evicted because the landlord was renting to them illegally, Chris suggested they all move into his five-bed house in Connecticut, USA.

Lindsay said: “We started to look for another place, but Chris made a suggestion that no-one was expecting.  “He said ‘’Why don’t you both move in with me? We can pay one mortgage, one set of bills and keep all the kids together?’.

“Chris is very open minded, so for him, this wasn’t a big deal at all – it just made sense.” Moving in with Chris also gave them both the chance to see their children every day.

Lindsay added: “We were willing to do anything to keep the flow of our family going.

“Mike found it quite hard. He’s more classic and not as ‘go with the flow’. It took him a while to be comfortable in our blended home.”

The men quickly struck up a friendship and helped each other out with painting and decorating. Mike joked to Chris: “I took your wife, the least I could do was paint your kitchen.”

Mike and Lindsay tied the knot

In July last year, Mike and Lindsay tied the knot in a beach ceremony, when she was pregnant with baby Harrison, now aged five months.

Shortly after, in October, Lucas underwent a bone marrow transplant which it is hoped will regenerate his immune system and cure him of CGD.

He needs to live in a semi-sterile environment, and the five-bed home the family share is ideal. Lindsay said: “Lucas is a complex kid that needs a village around him and this is what we’re doing.

“It might seem a bit strange that I live with both my ex-husband and my husband, but it’s what we need to do to get through this as a family.

“Lucas’ immune system is so fragile right now that we need to limit his exposure to the outside world, and this means as a family we need to do this as well.

“We can go to the store and little things like that but we avoid large gatherings and restaurants where we can easily pick up infections and pass them on to Lucas. “It’s a big sacrifice that everyone is making but hopefully it will all be for the best when Lucas gets better.”

Lucas’ stepsister Rachel, 17, who Lindsay gave birth to as a teenager, is finishing her final year of high school at home.

Chris took leave from work to care for Lucas

Lindsay explained: “It was during the end of my pregnancy with Joanna that mine and Chris’ marriage began to break down.

“I couldn’t help thinking to myself: ‘I’m just not excited anymore, I’m just living with my best friend.’

“There was no fire or chemistry. I’m a very honest person and I knew that there was no amount of counselling that was going to make me change my mind.

“That’s when I met Mike. In August 2016 at a show for a mutual friend’s band, he walked towards me and I couldn’t help but check him out.

“But I was still married to Chris, so we left it at ‘hello’. That was the push I needed to file the divorce papers.”

She wanted a divorce

In September 2016, she told Chris she wanted a divorce and within a month they had legally separated.

Chris is looking for love online, but Lindsay says that any woman who wants to be a part of his life will have to accept their ‘blended family’. She said: “If there was a new woman in his life she would have to be happy with our blended family and blend in too.  “I’m sure we’ll all welcome her with open arms, it’ll just be another dynamic.”

The housing arrangement is unlikely to last forever as Lindsay and Mike hope to move to Hawaii – but she says the family will remain “a community”.

It must take a lot to live with your ex-wife

Lindsay said: “Sometimes I wish there was just a room to go to be alone when we’re all packed in together.

“We have a big house, but it’s still not big enough.

“Mike and I have always said we couldn’t do what Chris does. It must take a lot to live with your ex-wife and her new husband.”

The older children help out with chores and babysitting, while Chris does the grocery shopping and Lindsay and Mike do most of the cooking.

Lindsay added: “Everything we’ve done has been for the kids and if there’s one thing I’ve learnt, it’s that anything, no matter how ridiculous it may sound, is possible, if you try hard enough to make it work.”

Sell a relationship story to a magazine, or any other story

As mentioned, we are on the hunt for news and feature worthy stories, videos and pictures each and every day. Get in touch if you have any story you’d like to sell.

Simply fill out the story valuation form on this page, or see other ways to contact us here.

You can find out more about how to sell a story to the press here: Sell My Story.