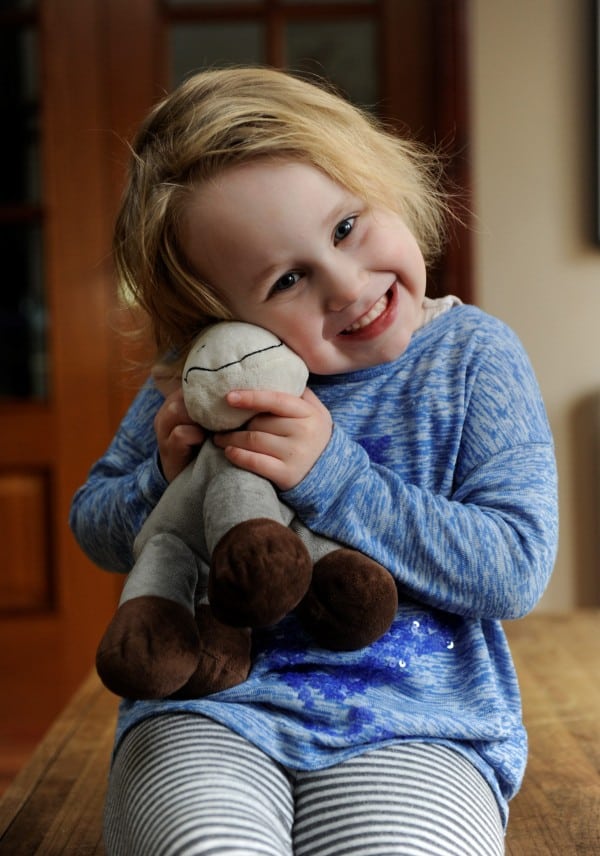 My Daughter Eats the Furniture: Read Nikki Cook’s story about her daughter’s rare disorder that gives her an insatiable appetite for carpet, sofas and cushions!  If you would like to raise awareness about a rare disorder or something bizarre or unusual, contact us today.  Read Nikki’s story…

When Nikki Cook’s little girl started chewing on the living room rug, as she crawled around on the floor, she thought Charlotte was just being inquisitive. Most babies explore new things by popping them in their mouths and Nikki had no reason to think Charlotte was any different. That was until she started to find lime green strands of material from the rug in her daughter’s nappies.

It was only then that she realised Charlotte’s habit was far from normal. As she got older Charlotte, now four, began to bite material from the sofas, carpets and her own cuddly toys in a bid to satisfy her bizarre cravings.

Her worried parents later discovered their little girl was autistic and also suffered from a rare disorder called Pica, which leaves her with a craving for inedible items. Pica is characterised by an appetite for substances largely non-nutritive, such as ice, clay, chalk, materials, dirt, or sand – and in Charlotte’s case fabric. It is particularly common in pregnant women, small children and those with developmental disabilities. 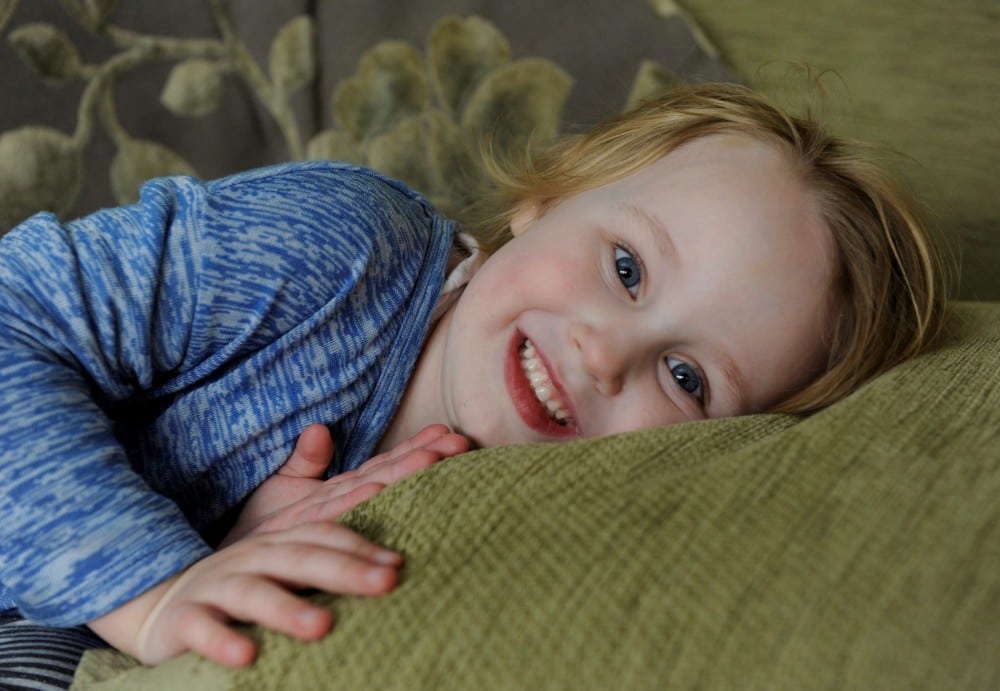 ‘We always knew that something wasn’t quite right with Charlotte,’ Nikki, from Lesmahagow, Lanarkshire, says. ‘We had a big green rug in the front room and when she was a year old she started eating it. I told the health visitor and she recommended we take the rug out of the room, so we removed it and thought that would be the end of it. But when Charlotte got too big for her cot and started sleeping in her own bed, she kept getting up in the night and gnawing at the carpet in her bedroom.’

‘I only realised she had been at it again when I changed her sheets and noticed patches of carpet missing under the bed. Then she began going into her older sister Evelyn’s room and doing it in there too.’

At first Nikki and her husband, Alasdair, 35, hoped it was just a phase but it soon became clear that Charlotte was addicted to eating fabric. The 42-year-old mum of two says: ‘We assumed it was just a stage Charlotte was going through. ‘But when it escalated and she moved on to the sofas and her cuddly toys we knew there was more to it. We had a similar problem with our other daughter, Evelyn, six, when she was a toddler. She had a strange habit of ripping the rough part of Velcro off of her shoes and toys.’ 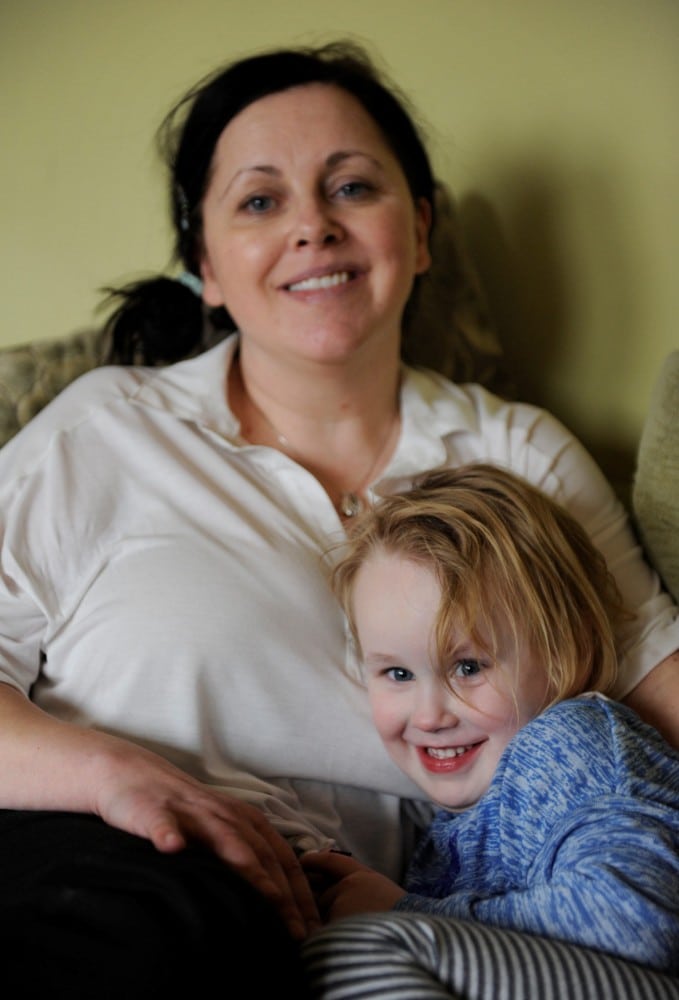 ‘It started when she was one and by the time she was three she had grown out of it. We had hoped the same might happen with Charlotte.’ But Charlotte has showed no signs of slowing down and is now eating her parents out of house and home quite literally. ‘She has destroyed the sofa arms and all of the cushions are ruined,’ Nikki explains. ‘The suite cost £2,700, but Charlotte has ruined it completely. But we know she can’t help it. When it came to the carpets, we replaced them for ones with a very small pile, but that didn’t stop her, she still managed to nibble at that too. She also has tried to eat the TV remote and even her car seat.’

The couple first sought the advice of their GP in September, 2012, when Charlotte started nursery and her behaviour got worse. They were then referred to a paediatrician. But medics struggled to find a solution to the unusual problem, leaving Nikki and Alasdair fearing for the health of their little girl. One expert recommended removing all fabric items from the house – an option the family cannot afford.

Nikki, who works as a self-employed sports therapist, said: ‘We have tried everything to prevent Charlotte from eating fabric – including covering the sofa in cherry powder. ‘We even sat Charlotte down and told her calmly that she can’t do it or she will be sick, but that has no affect either. Nothing can stop her from doing it. If we try and take anything fabric off her she completely freaks out. She is constantly picking the material out with her teeth and swallowing it.

‘My biggest worry is that it will clog up and kill her. It’s a sensory need for Charlotte. She needs to have it. It’s an addiction – that’s the only way I can describe it. She can’t help it. Half the time she doesn’t even realise she’s doing it. She is digesting a lot of fabric and she hardly eats any normal food – surviving mainly on a diet of Shreddies, chicken nuggets and chips. She will have the very occasional strawberry or red apple, but hates all vegetables.’ 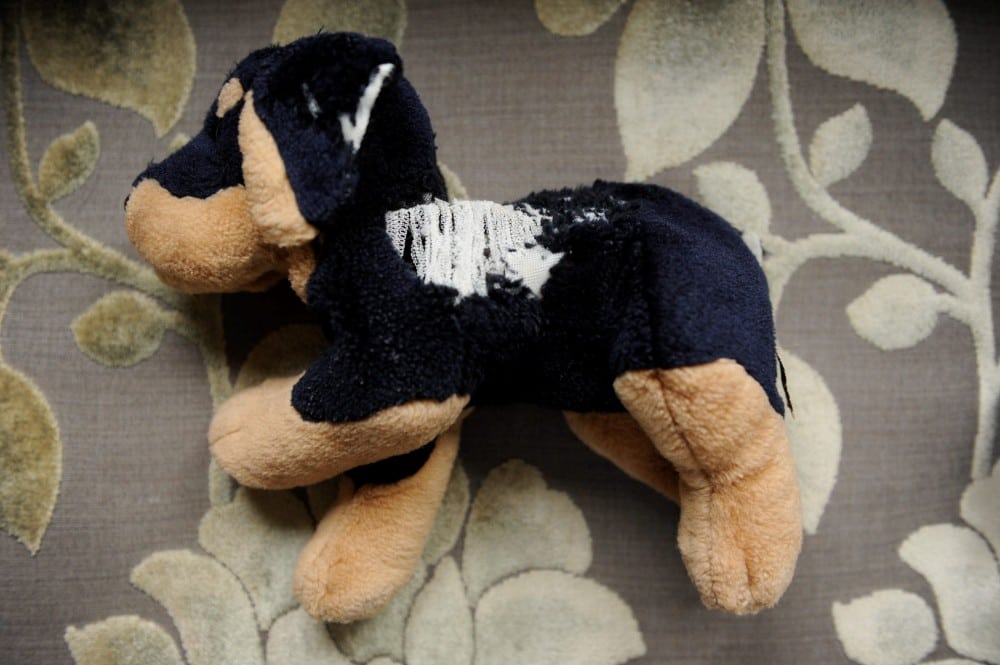 All Nikki can do is keep a close eye on Charlotte, as well as vetting any of her toys and presents to check they won’t pose a danger to her – with small parts – if she starts to try and eat them.

‘We don’t know what the answer is. There is no magic wand,’ Nikki says. ‘All the professionals have told us is that if Charlotte gets a high temperature or goes limp to take her straight to A&E, so that’s what we are dealing with on a daily basis. We just have to make sure Charlotte is never out of our sight.’

Pica affects around 30 per cent of children with autism and can cause choking, digestive problems and parasitic infections. Experts say it can be caused by a mineral or iron deficiency but it is also classed as a mental disorder.

The family are now trying to raise awareness of the condition in the hope of finding a way to help Charlotte. ‘We want to make people aware of Pica because it is rarely publicised,’ Nikki says. ‘Some people make me feel as if Charlotte is a freak but she is my daughter and I would do anything for her.’

If you would like to share a bizarre, unusual or wacky story with the press, please use the ‘two minute story valuation form’ on the right hand side of this page.

We can help you raise awareness of an important issue, or just ensure you get the maximum fee for your story (for you or a charity or your choice).

You can read more about how to sell a story to a magazine here.