If you are considering raising awareness of a cause or campaign, and you have a story to tell – you’re in the right place.  Read Sandra Cousins’ heartbreaking story below.  We helped her raise awareness of her cervical cancer awareness campaign through the national press.

Complaining of crippling stomach pains and irregular bleeding, Mercedes went to her doctor. She breathed a sigh of relief after being sent home with painkillers. But, when she started to take the pills, the agonising pain wouldn’t budge. 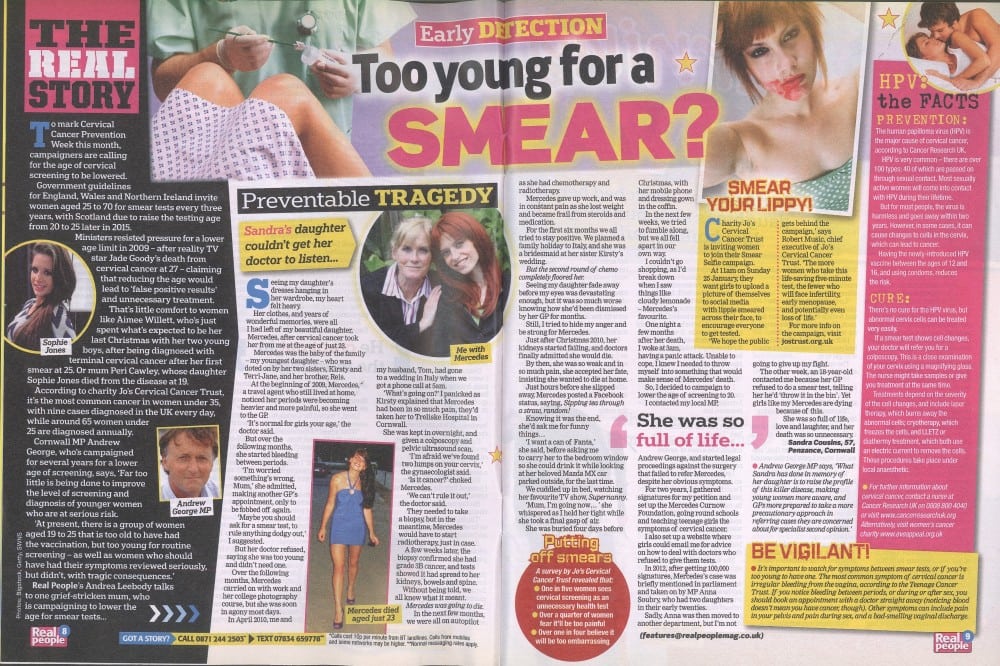 Over the space of 12-months Mercedes visited the doctors several more times only to hear the same frustrating news – it was nothing to worry about.  Mercedes’ mind was taken off her worrying symptoms when boyfriend Fred, 27, proposed. Screaming in delight, she pounced into his arms with a resounding ‘yes’.

But the happiness didn’t last long. Just a few months later, when Mercedes’ pain got worse, her brother-in-law took her to A&E.
She was quickly diagnosed with cervical cancer after showing all typical symptoms. But by then it was too late.
Determined to fight the disease, Mercedes started radiotherapy and chemo. The gruelling treatment took its toll on the pretty student. And, after noticing her strength slowly deteriorate, she called off the engagement with Fed.
She didn’t want him to be alone after she died. After 33 radiotherapy sessions and nine months of chemo, during which mum Sandra, 54, was constantly by her side, Mercedes passed away in her mother’s arms. She was just 23.
Now Sandra is determined to fight for a change that could have saved her daughter’s life – lower the age of smear tests to 20. She said: “Mercedes’ symptoms were ignored because of her age. “Had she had a smear test when she first went to the doctors she would still be alive today.
“I had two children before I was 25 – the age when women have their first smear test. “It’s just horrendous that they don’t do anything earlier. I don’t understand it. “When I look back now I don’t know how we got through it. 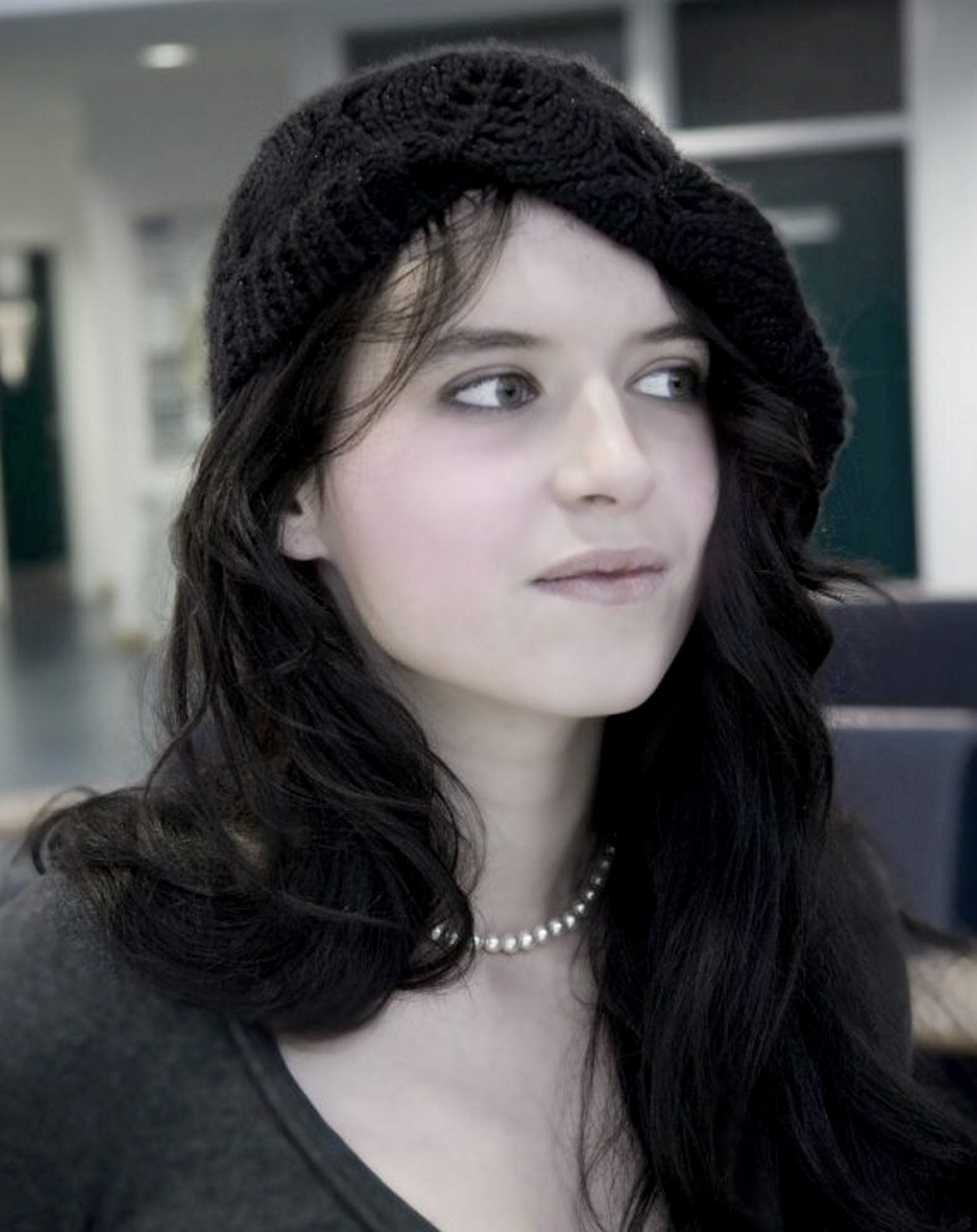 “I remember going shopping one day during her chemo and she was too weak to walk on her own. We had to find her a wheelchair. “I had to turn my back on her to wipe tears away without her seeing them. “Throughout her treatment she would try to remain her glamorous self, but I knew inside she was suffering.
“She was looking at TV adverts one evening with all of the usual beautiful women and I saw it in her face – the pain that she is not going to look like that for much longer. “Mercedes was an inspiration. Before she died we talked about setting up a foundation to step up the fight against cervical cancer.
“She wanted to go into schools and talk to young women. “She never got that chance, so I’m going to carry on with her mission.” Sandra hopes to bring about a change in the law to lower the age of regular testing back to 20. 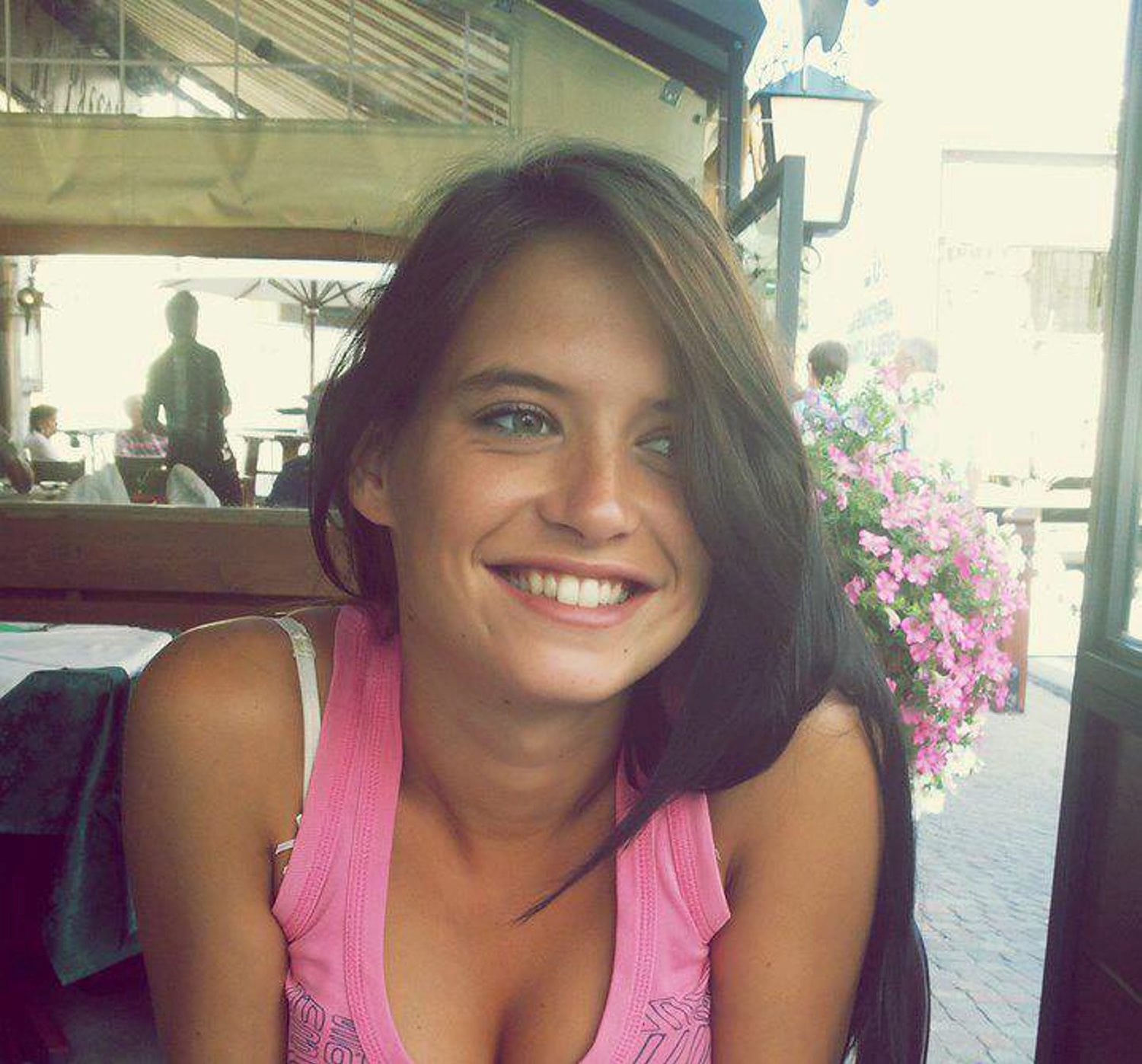 If you have an important cause or mission and you’d like to get your story into the national press, you’re in the right place.  We help hundreds of people every month get their stories told.  There is no better way to raise awareness in the national press.

Simply fill out the story valuation form and we’ll let you know if your story is something we can use.  What’s more, we’ll pay you the maximum fee possible for your story.  Our service is free and nothing will be printed without your permission.

To see more about how to sell a story to the press, read our Sell My Story page.