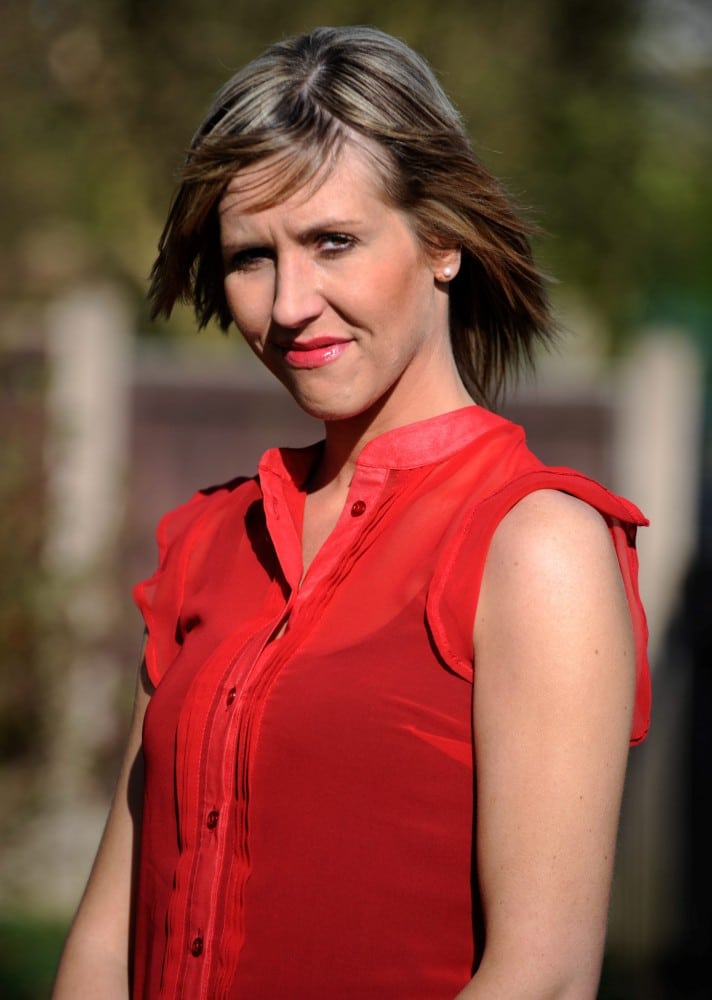 Have you been the victim of psychological abuse, domestic abuse (violent or non violent), or has someone been posting your Naked Pictures on Facebook or websites?  Would you like to share your story and help or warn others in a similar situation? Get in touch with us today. Read Lisa Beckett’s story about her harassing ex-boyfriend who posted naked photos on Facebook to humiliate her…

I was staring at the screen of my mobile absolutely fuming. ‘What’s the matter Lisa?’ my boss Sharon asked. ‘Ben just text me saying he has posted naked pictures of me on Facebook,’ I said.

Sharon was more than just my manager. After working together for nine years we were good friends and she knew the mess I was going through with my ex. ‘Do you want me to check for you?’ she offered. ‘If you could, he blocked me from his profile so I can’t see anything,’ I answered. ‘I know he’s bluffing anyways. I have never taken any naked pictures in my life.’ But a few minutes later I heard Sharon gasp and one look at the screen crushed me.

Ben, the man I loved for the past year had posted two pornographic pictures of us having ‘doggy style’ sex for all the world to see. Pictures I never knew existed!

Despite knowing Ben, 29, since school and having mutual friends, we never spent too much time together. We were both in longterm relationships and living our own lives. But years later after I had split from the father of my daughter Sophia, 2, I ran into Ben at a Christening party. He spoke to my friend Sarah* and told her he wanted to ask me out on a date. ‘So Ben fancies you,’ Sarah* whispered to me.

‘What? Ben Haddon?’ I asked shocked. ‘He’s had more girlfriends than hot dinners.’ Sarah laughed, ‘Maybe but he’s grown up a lot. He’s a nice guy. You should give him a chance.’ A few days later a message from Ben popped up in my Facebook asking me out that Saturday night. I reluctantly agreed. He picked me up Saturday evening and we went for a few drinks at the local pub.

Ben was funny and charming. We were both parents and he told me about how he was fighting for custody of his two young children. They were the similar ages to Sophia and my heart went out to him. I couldn’t imagine being separated from my daughter.

When he dropped me back home and walked me to my door he leaned in for a kiss. ‘Can I see you again?’ he asked softly. ‘I would love that,’ I said smiling. 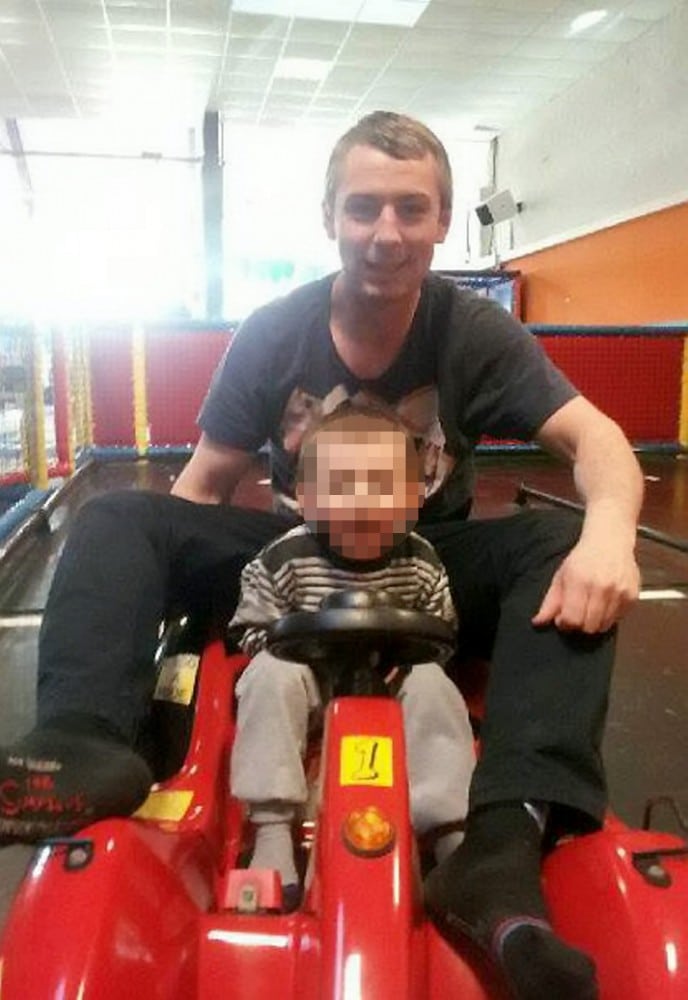 Not long after we started seeing each other a few times a week. It was the beginning of November 2012 when we started dating so by Christmas I thought it was time for him to meet Sophia. Ben was brilliant with her. You could tell he was a dad and new how to talk to kids. Sophia loved him.

We went to family Christmas parties and everyone thought we made a great couple. Things were going great apart from the custody battle he was fighting with his ex. He was desperate to see his kids and I was completely supportive of him. I even went to court with him a few times when he asked.

His ex accused him of threatening her and harassment and I was just shocked. I didn’t believe a word she said. That wasn’t my Ben. She even tried to warn me off him by sending me messages on Facebook. I just ignored her.

By June 2013 we decided to take the next step and move in together. It was nice seeing him every day after he finished work as a builder. He also helped take care of Sophia when I was at work as a support worker for disabled people. We finally got a chance to go on our first proper holiday together in October. We booked five days away at a Haven holiday in Prestatyn, North Wales.

About midway through the break we were walking through town doing some shopping when we passed a jewellery store. Ben suddenly stopped by the door. ‘I’ve got a surprise for you,’ he said. ‘What surprise?’ I questioned. ‘Lisa you have stood by me through everything this past year. ‘I love you and I love Sophia like she’s my own daughter. ‘I’ve never been happier in my life and I want to ask you to marry me?’ My hand flew to my mouth. I was overwhelmed.

‘Yes,’ I managed to say. ‘Well then let’s go pick you out a ring,’ he laughed as he hugged me. When we got home we told all our friends and family about our engagement. Everyone was so supportive.

Life carried on as normal but around Christmas I noticed a few changes in Ben. He was acting more jealous than I had ever seen him. If I was standing ‘too close’ to some of our mutual male friends he would make little comments like, ‘Why are you standing with them and not talking to me?’. It only ever happened when he had a few beers so I chalked it up to drink.

But on Boxing Day his ex rang him offering to let him see his children for a visit. ‘That’s great Ben,’ I encouraged. ‘This is a step in the right direction.’ ‘I just hope she isn’t playing a game,’ he said. Over the next week he saw the kids a couple of times and he started to seem distant. On January 6 he came home after work and went straight upstairs. I was sat with my mate Leanne having a cuppa and just figured he had a bad day.

Then he came downstairs with a suitcase and said, ‘I’m leaving you.’ I laughed. I thought it was a joke. ‘Why?’ I asked. ‘I don’t want to talk about it,’ Ben replied. ‘Well I’ll speak to you tomorrow then if you are just being silly,’ I said. I didn’t believe he was actually leaving. I mean we were engaged and he wasn’t giving any sort of explanation.

The next day I text him asking if he would be home that night. He responded by text, ‘I’m putting my children first.’ ‘What does that mean?’ I typed. ‘Is there something you’re not telling me?’ ‘Please wait for me until April,’ he asked. I was so confused.

Did he think he could just drop me and Sophia and come back to us whenever he pleases. I felt used and heartbroken. I told him I couldn’t see him or talk to him. That’s when he started harassing me. 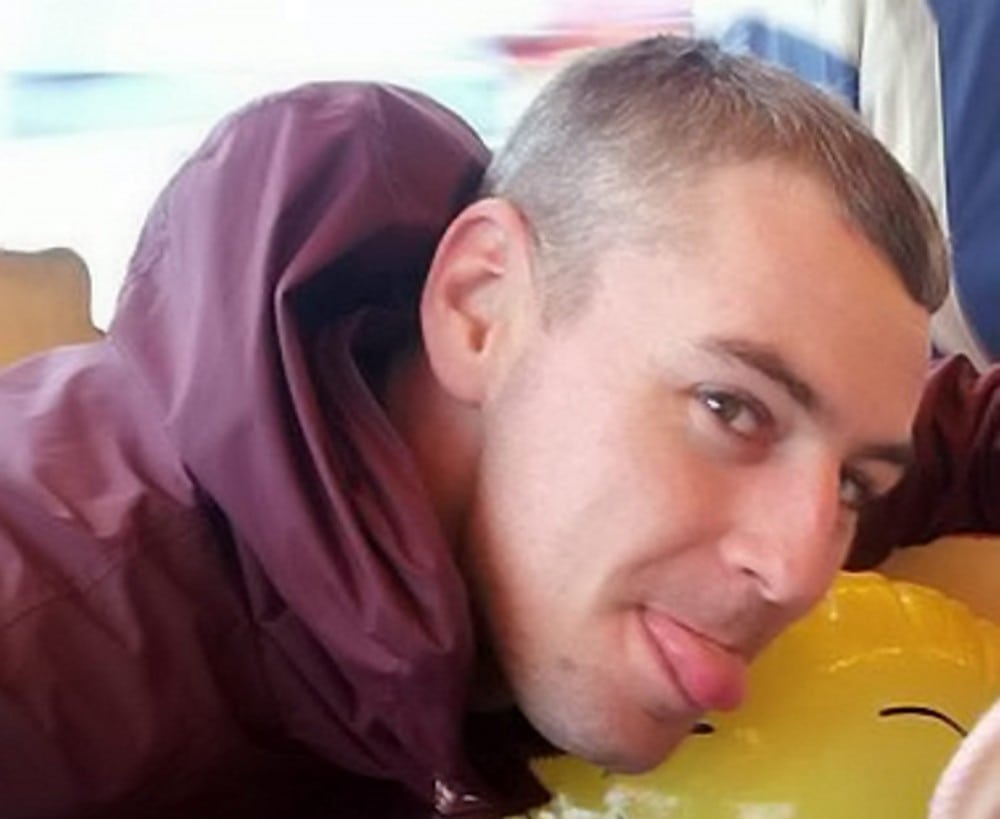 He turned up at my house drunk arguing with me and calling me a ‘tramp’ and asking who I had been out with. He sent threatening texts to me and my family. Message like ‘I’m going to destroy your life’, ‘I’ll get you sacked’ and ‘I’m ringing social services on you’ became daily occurrences.

On February 3 I called social services to warn them my ex was threatening to make false claims against me. The next day I went into work around 2pm. About an hour into my shift Ben rang me shouting ‘Nobody wants you!’ and ‘I’m going to turn everyone against you’ down the phone. ‘Leave me alone Ben!’ I shouted and hung up.

Sharon, my deputy manager, saw how shaken I was. ‘Are you alright Lisa?’ she asked. I was holding back tears. ‘It’s Ben,’ I said. ‘He won’t stop calling and texting these vile messages. He keeps saying he’s going to ring my work and get me fired.’  ‘He can ring all he wants Lisa but you’ve been here for nine years,’ she said. He won’t get you sacked.’

Around 4pm another text from Ben came in saying, ‘I’ve uploaded your naked pictures.’ I knew I had never taken any naked photos with him so I thought he was lying. Then another text came through, ‘I’ve got six more waiting to go up.’ I told Sharon what he was saying. ‘Do you want me to check for you?’ she offered. ‘If you could, he blocked me from his profile so I can’t see anything,’ I answered. ‘I know he’s bluffing anyways. I have never taken any naked pictures in my life.’ 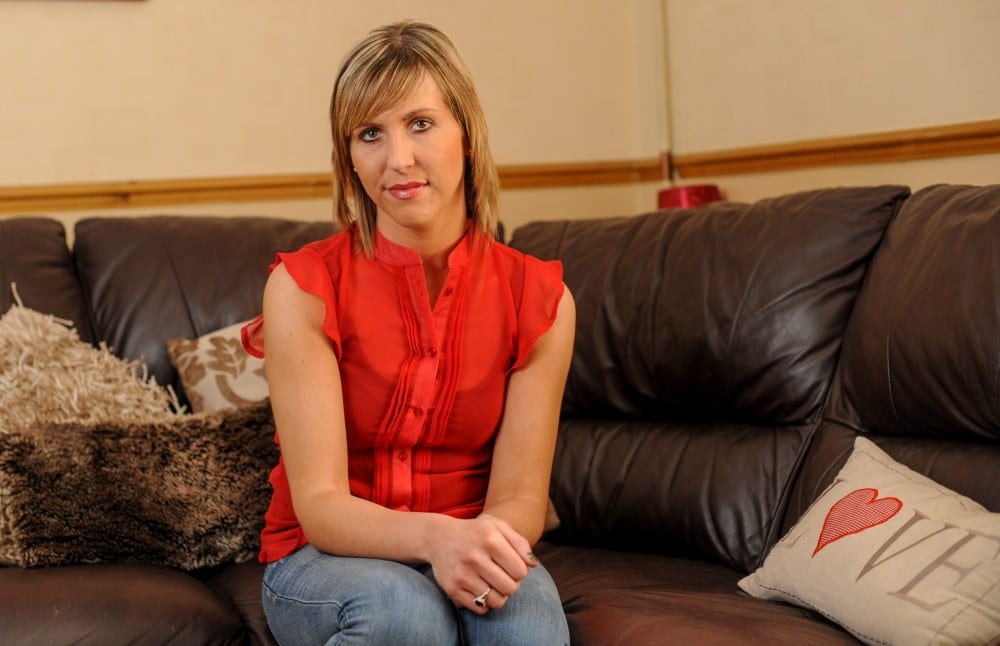 She loaded the page and suddenly gasped, nearly falling off her chair. I rushed to the screen and couldn’t believe my eyes. Two pictures of us having sex from behind were made public on his profile. They were all over the newsfeed for anyone to see. I was mortified. I burst into tears.

I called my best mate Leanne and before I could say anything she said, ‘I’ve seen them Lisa. I’ve already reported him to Facebook and I’m taking screenshots for the police. You need to call the police now.’

I rushed off the phone and called the police as well as all my friends and family begging them not to check Facebook. The pictures didn’t show my face but he posted my name with them and put comments slating me with the photos. And the photos weren’t just naked pictures. They were pornographic.

The pictures were taken down but not before most of my friends and family saw them. I was horrified. I couldn’t eat or sleep. He had ruined my reputation in just minutes.

The police took a statement from me and the evidence Leanne had collected and arrested Ben later that week. He pleaded guilty to one charge of harassment without violence when he appeared at North Staffordshire Justice Centre on March 20. Prosecutor Katie Price said in court, ‘On February 4, Mr Haddon sent a text saying he had uploaded some pornographic pictures and was planning to upload more. Miss Beckett was disgusted. The first photograph showed her and the defendant lying together naked on a bed. The second photograph was of a similar nature, but a close-up version. Miss Beckett claims she did not know these pictures had been taken and that she definitely did not consent to them.”

JPs slapped Ben with an indefinite restraining order banning him from contacting me He was also ordered to pay £250 in compensation to me as well as a £250 fine and £110 costs. But I didn’t want the cash. I wanted him to regret what he did and learn from it so he wouldn’t do it again.

Sadly I heard he was laughing outside of court and I doubt he has learned his lesson. It was the worst kind of betrayal. I loved Ben and thought I would spend the rest of my life with him. Now I feel like I’m just waiting for his next revenge attack.

If you have a story you would like to sell to the national press, please get in touch using the form on the right hand side of this page.  We guarantee to pay the most for your story (we are the largest independent press agency in the UK), and you will stay in full control of your story.

You can read more about the story selling process here: How to sell a story to a magazine.

If you would have a domestic violence story, you can read more about how to approach the press here.