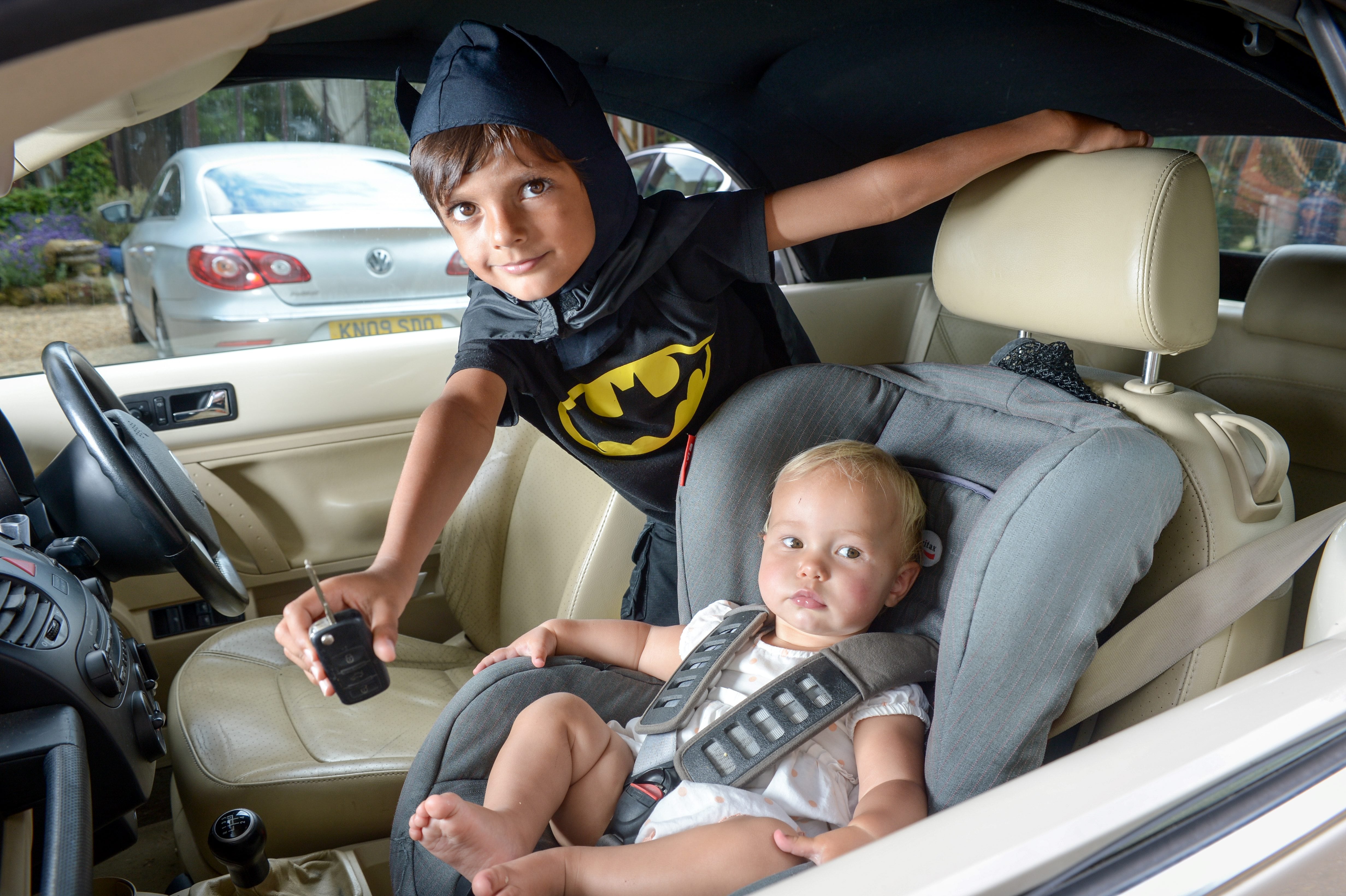 Would you like to pay tribute to a hero by selling your story to a magazine or newspaper?

SellUsYourStory.com is part of the UK’s largest independent press agency.  We’re not just looking for hard-hitting breaking news stories, we’re also on the hunt for uplifting real life stories and anything guaranteed to raise a smile.  Get in touch with us by completing the story valuation form on this page.

Here, one of our clients paid tribute to a hero; an amazing little boy who saved the day in his Batman costume.  We helped secure an exclusive magazine deal for the story.

Child locked in a car

I pulled away from Uckfield local library with the ‘Wheels on the bus’ tune echoing in my ears. Tuesday’s were the day I looked after my one-year-old granddaughter, Iris Adamski, for her mum, Eloise, 35, and we’d just left the Rhyme Time club where we went every week.

She sat in the car seat next to me in my Volkswagon Beetle as we headed to Tesco to pick up a few bits for tea. The weather was gorgeous and the sun was beating down.

“Round and round, round and…Here we are, darling,” I sang as I parked up the car.

I rolled the windows up, got out and unlocked the passenger door with the remote key, and went to unbuckle Iris’s seatbelt. I popped the key on the dashboard and then closed the door, thinking it best to grab a trolley first. 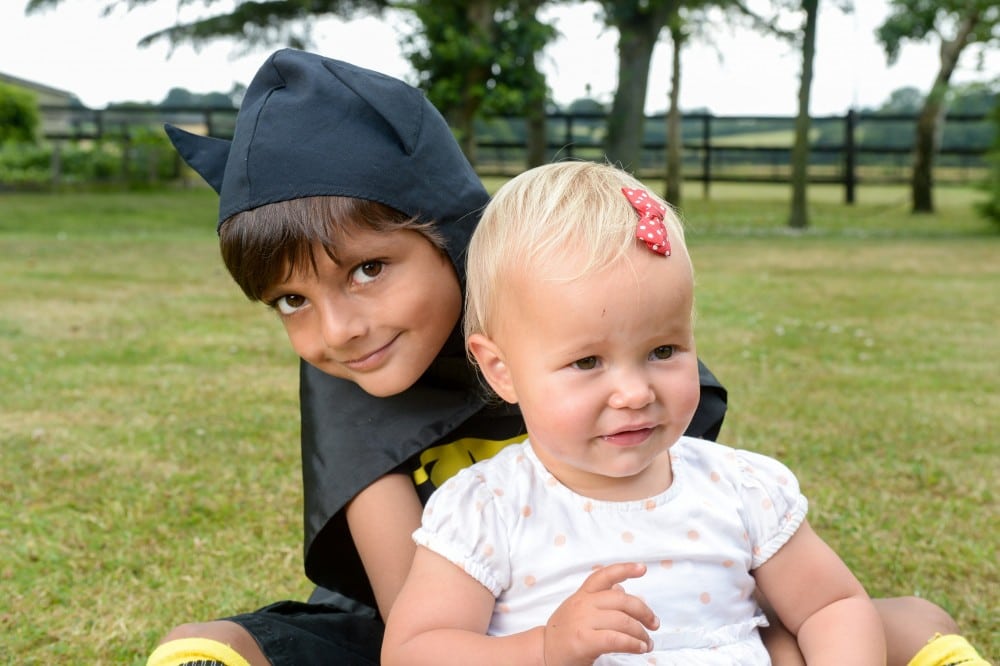 Zavi Ahmed with Iris Adamski. Zavi helped rescue 1 year old Iris when she got locked in a car by mistake.

I knew immediately, by the sound the door had made, that it had locked itself. I grabbed the door handle and began pulling the door in a panic. Nothing. I raced around to the driver’s side, and the same thing happened.

I stared in disbelief at the keys on the dashboard, then at Iris, who must’ve been wondering what was happening, why her Gran wasn’t getting her out of the car, and just standing there staring at her through the window.

Oh gosh said to myself!

I called my husband, John, 68, and told him what happened. “I’ll be right there,” he said reassuringly. 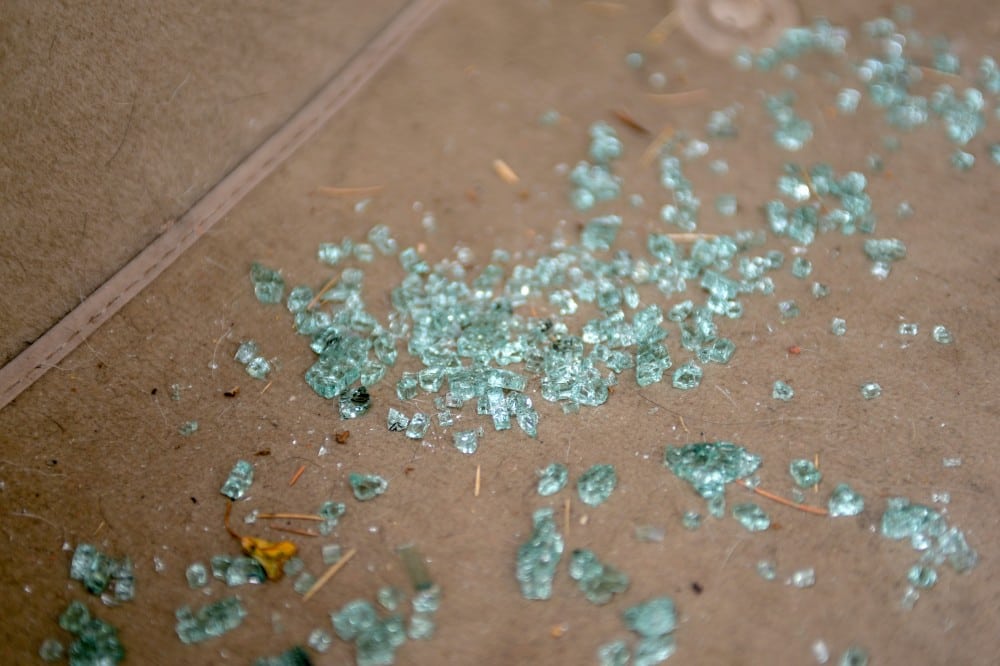 When I turned back around, Iris was fast asleep. After ten minutes, John pulled up and had a coat hanger in his hand.

“What’s that for?” I asked. “To break out the convict,” he said, jokingly.

He unravelled the coat hanger and slid one end down under the canvas roof of the convertible VW like a professional car thief. “Anything you want to tell me, John?” I teased. But the wire wasn’t strong enough to latch on to the door handle and it kept slipping off. 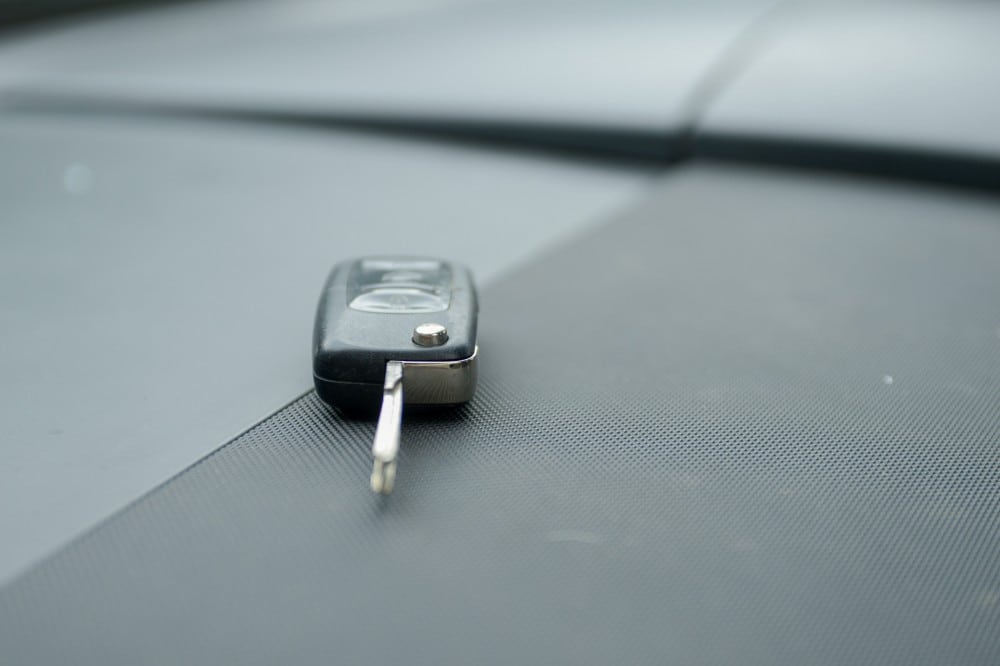 Car key on dash of car

By this time a few people had gathered around, intrigued by what was happening. “I think we need to call the police,” John said. “We can’t leave her in there much longer on a day like this, and this just isn’t working.”

All joking aside, it was getting quite worrying. I dialled 999 and explained the situation and they sent an officer from the Sussex constabulary to help get Iris out.

In the meantime, the kerfuffle had woken her up and she was staring in awe at all the people gathering around the car. Once the officer arrived, he and John tried to unlock the door with a stronger piece of wire, but again, it kept slipping off the handle.

“We’re going to have to break the window, I’m afraid,” the officer said. I gasped. “What about the baby?” I said.

Batkid to the rescue

“We’ll have to smash the back window on the opposite side. That way, she won’t get showered in glass.”

Some more people had gathered by this time and were distracting Iris with toys and some were even making faces to make her giggle, so she wouldn’t get scared. Once they’d broken the window though, we quickly realised that it was hopeless.

Without the keys, the door wouldn’t open anyway. And the keys were on the dashboard. Neither John nor the officer were small enough to squeeze through the back window. Iris had fully woken up and was stressed and crying her eyes out.

We all stood around with our hands on our hips wondering what on earth we were going to do.

Just at that moment, as if someone had turned on the Bat Signal over Gotham City, a sweet young boy dressed as Batman walked over and asked if he could help. His name was Zavi, five, and he was with his mum, Emma Ahmed, 32, and his brother, Nadeem, two, who was wearing a Superman outfit.

As we explained to them what had happened, Zavi fearlessly sprang into action. “I can climb in and rescue her,” he said. We all looked at each other in amazement, and then sudden realisation.

Zavi was the only one small enough to fit through the window. Without him, we’d have had to break through another window, and potential shower Iris in dangerously sharp shards of glass. “It’s Batman to the rescue,” John said, laughing. 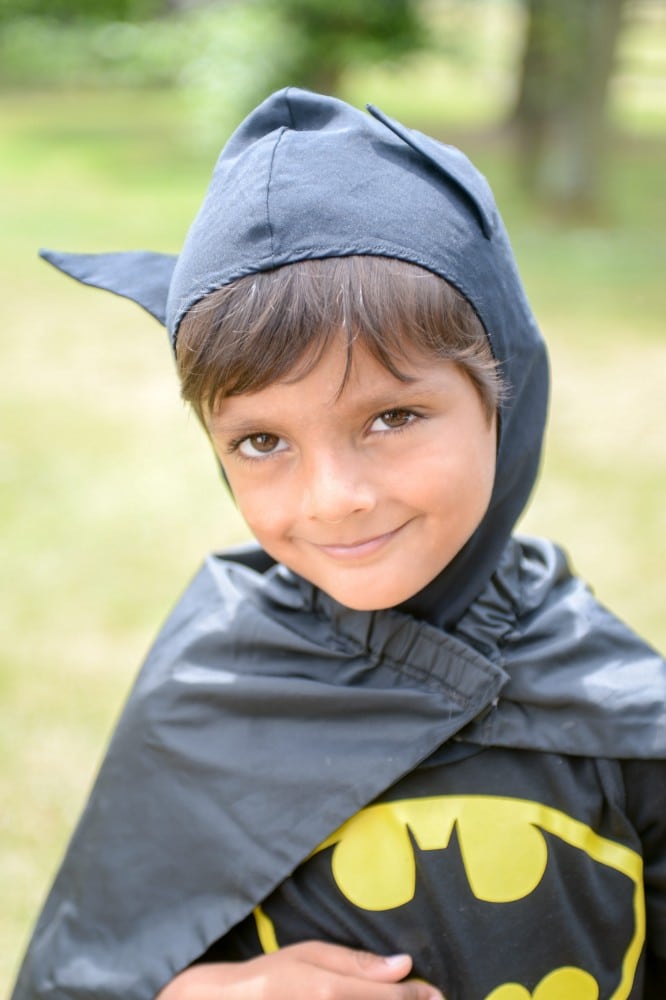 Zavi had begged his mum Emma, 32, to dress up as his favourite superhero that morning but never expected to come to the rescue of complete stranger Iris Adamski.

The officer put his jumper down on the window so Zavi wouldn’t get cut by the glass, and he climbed on through. He scrambled over the back seat and through the gap between the two front seats. He grabbed the keys off the dashboard, clicked the button to unlock the doors, and saved the day.

I quickly opened the door, unbuckled Iris’s seatbelt and held her in my arms, relieved to finally have her free. Her face beamed from all the attention. The crowd that had gathered gave a round of applause for our little Caped Crusader who’d come to Iris’s rescue.

Emma congratulated Zavi, and John and I thanked him. But true to form, he was as cool as his comic book hero, and just brushed the whole thing off.

“He wouldn’t leave the house this morning without wearing his Batman outfit,” Emma said, smiling. He said it was because he was a superhero. It’s like he knew he was going to be called upon to save the day.”

We all laughed and went our separate ways. John got in the car and drove home, and while I drove home myself, Iris’s mum, Eloise rang my hands free. “Hi mum,” she said. “What sort of day are you having?” I laughed “You wouldn’t believe me it if I told you.”

Pay tribute to a hero

SellUsYourStory.com is run by SWNS, the largest independent press agency in the UK.  We provide the national media with up to 20% of their content each day. We’ll pay you generously for your stories, photos and video clips (we guarantee the highest fees).

As you can see from the story above, we don’t just publish hard-hitting news stories.  We’ll consider any story whether it’s hilarious, bizarre, quirky or guaranteed to raise a smile.  You can pay tribute to a hero, just like Iris’ nan paid tribute to Zavi (AKA Bat Kid) in this story.  We arranged an exclusive deal for the story so that Zavi got the recognition he deserved.

If you would like to sell a story to the press, find out more on our sell my story page.  If you have an amazing video or photo, see our sell a video page or our sell a photo page for more info.