If you have been affected by an issue or a crime and would like to share your story, contact us today.  We are the largest press agency in the UK and will pay you the highest fees possible.  Use our Story Valuation form to find out what your story is worth, or call us on the number above.

As I dropped my daughter off to her interview at a coffee shop in our home town of Midlothian, Edinburgh, she gave me a kiss goodbye and slammed the car door.

“Good luck,” I mouthed through the glass as she trotted off inside. She shot me a nervous smile and gave a little wave. Ryeannie was only 14-years-old and she had just applied for her first job as a barista.  She had been so excited when she was invited for an interview. 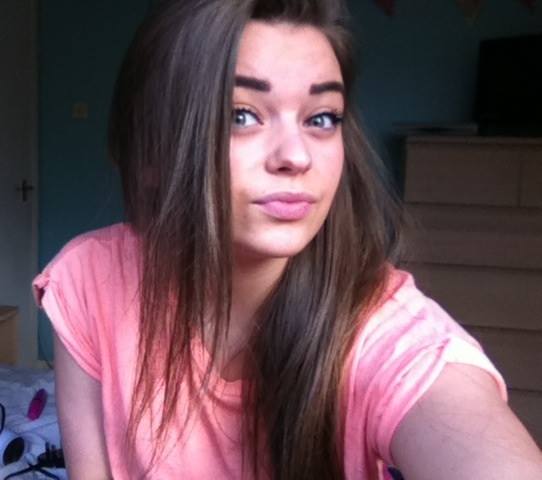 Then when the boss, Lokman Gunbat, 37, rang her to tell her he would like to take her on part-time, she was over the moon. “Mum, I got the job!” she squealed, running in to the kitchen.  “Lokman just called,” she told me, smiling. “Knew you’d ace it,” I replied.

“Well done you,” my partner, Ryeannie’s dad, Kevin, 50, added. Ryeannie’s new boss, Lokman was a local family man, dad-of-six, originally from Turkey. He had a lovely wife, and everyone in the local community enjoyed visiting his coffee shop just so they could have a little natter with him. He was polite and funny – everyone knew him.

My sister, Anne, 48, Ryeannie’s aunty, worked outside the coffee shop, running her own market stall, and when Lokman said he was looking for a pretty, young Saturday waitress – she knew just the girl! Ryeannie started on a Saturday in July last year and loved it from the word go.  She enjoyed talking to the customers, making coffees and teas, serving cakes, stocking up and cleaning the shop.

Soon she turned 15 and she loved having extra money to spend on clothes and make-up while she was still studying at school. “How was your first shift?” I asked Ryeannie as she came skipping in.  “I really like it, it’s a bit small and Lokman’s always having to squeeze past me closely, but apart from that, it’s great,” she chirped. 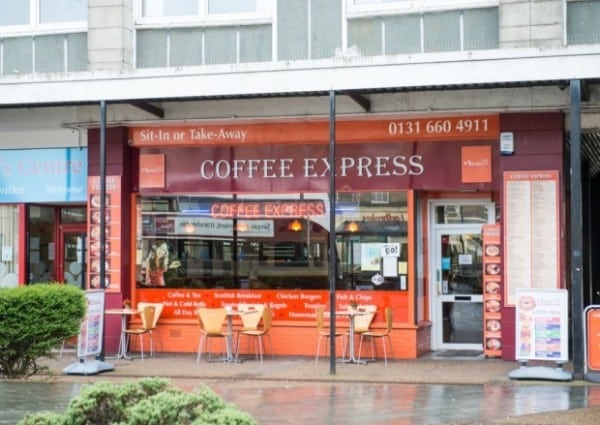 “I really liked Lokman,” Ryeannie smiled. “He’s always complimentary and hands on, which is good I guess,” she replied. After her fourth shift, Lokman asked Ryeannie to pick up an additional Friday shift at the café, during the six-week holidays. “Can I do it?” she begged me. “Of course you can. I’m so proud of you for working so hard,” I said, giving her a hug. Ryeannie ran off upstairs to get changed out of her work gear.

Having been working at the café for nearly two-months, it seemed the novelty started to wear thin. At the end of August, Ryeannie came home from work and ran straight up stairs. “Is that you Ryeannie?” I shouted while doing the ironing.

There was silence… “That’s weird,” I thought to myself. “She usually comes into the kitchen and tells me all about her day.” I shrugged it off but hours later, she was still in her bedroom. I popped upstairs to see if everything was ok and found Ryeannie in her pyjamas under the duvet. “Are you ok?” I asked peeping my head around the corner. She gave a forced half smile and said: “I’m fine.” 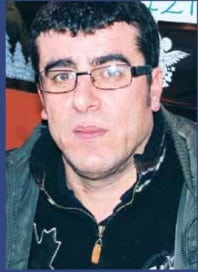 She continued to play on her phone and I knew she wanted to be left alone. For the next few weeks, Ryeannie would come home every Friday and Saturday and run straight to her room. She would stay there all evening and wouldn’t let me or her dad in, she wouldn’t talk to us, she shut us off and would act as if we didn’t exist.

“Teenage hormones?” Kevin suggested. I screwed up my face and looked down to the floor – I knew something was wrong with Ryeannie and there was something she wasn’t telling us. But, one Saturday in September, Ryeannie came home and broke down, she said she wasn’t going into work again, but her dad and I said she had to.

“It’s not fair to let people down,” he told her. “It’s my decision and I’m not going,” she said, slamming the door and going for a shower which lasted about 40 minutes. Kevin and I were worried, but we left her to her own devices and gave her time to calm down. “Do you think we should call Lokman?” I suggested.

“No, let’s just leave it for now and we’ll speak to her when she’s ready,” Kevin said. But, the next day, our world fell apart, when we finally released why Ryeannie was acting so differently – why she was shutting us both out, wasn’t coming out of her room and why she didn’t want to return to work. Tears filled her eyes as she stepped slowly down the stairs, ran to her dad and sunk into his arms. 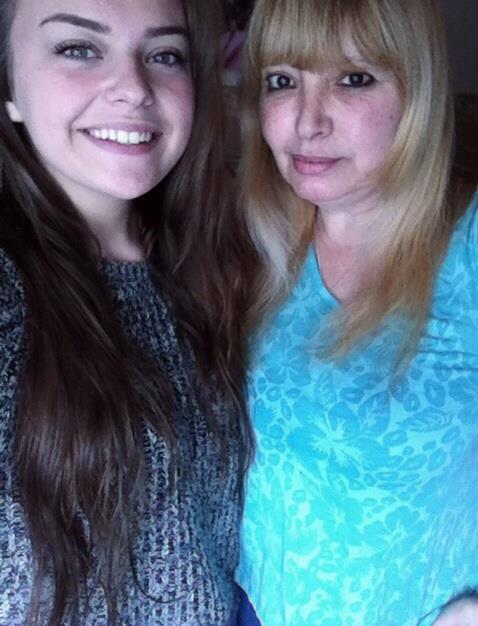 “He would tell me I was pretty all of the time, he would ask if I was seeing anybody and he would push past me grabbing my hips and grazing my bum with his hands – I didn’t think anything of it as it’s a really tight space and I used to laugh it off, thinking he was joking with me,” she continued.

“Then, as the weeks went on, he became more forceful “He would grab me by the hips from behind and thrust his pelvis into my back, then he asked if I was a virgin, of course I told him yes,” she blubbered, with tears streaming down her face.

“Oh god, Ryeannie why didn’t you tell us?” I soothed. “Wait, there’s more. Then as the weeks went on, he would offer me £100 to take my virginity,” she told us. “When I declined, he would up the offer and he eventually went to £500,” Ryeannie said in shame, looking down to the floor.

“Last Saturday, I was in the stock room getting some bits before my shift ended, he followed me in, locked the door and forced me up against the wall with all of his body weight, I was scared and I thought I was going to die, I started to scream, he put his hand over my mouth, and plunged his hand down my, my trousers,” she shuddered.

“I managed to push him off, I grabbed my stuff and I ran, I ran as fast as I could home. “He would say: ‘If I touch your bum, it’s only because it’s a little space, I’m not doing it on purpose’. “I was terrified and I didn’t think that any of my friends or my family would believe me, as he’s such a lovely man.” Kevin was furious with a mixture of hatred and regret in his heart – he rang the police so Ryeannie could put her abuser behind bars.

Then, the case went to court. Ryeannie had to give evidence behind a screen in Edinburgh Sheriff Court and she broke down as she told the jury what Lokman did to her. Lokman was found guilty of sexually assaulting Ryeannie on various occasions between August 9, 2013 and October 5, 2013 at Coffee Express by seizing hold of her body, pressing his body against her, making sexually inappropriate remarks to her and offering money in exchange for sex.

He was also convicted of sexually assaulting her by seizing hold of her, placing his hand over her mouth, putting his hands down her lower clothing, touching her, lunging towards her and attempting to kiss her on the face on October 5, 2013. Sick Lokman denied the allegations but, was found guilty of four charges following a week-long trial at Edinburgh Sheriff Court.

When he found out that Ryeannie had reported him, he claimed he said he had the ‘best lawyers in Edinburgh,’ and told her she was a ‘stupid little girl who wanted attention.’ He was jailed for three years and put on the sex offenders’ register. Ryeannie went through an awful stage, she changed her hair colour and her style so that no-one from the community would notice her.

But now she can finally move on with her life as her sick attacker is behind bars. She has started school again and feels like a new person. She won’t let her boss ruin the rest of her life.

Would you like to sell your story to a magazine? At SellUsYourStory.com, the UK’s largest independent press agency, we are here to help you tell your story, your way.  We make sure that you stay in full control of your story and get the maximum fee available.  If you have any story that you believe would make a good magazine feature, complete our STORY VALUATION form on this page and we’ll let you know how much your story is worth.

There is no obligation and we’ll only use what you send us for valuation purposes until you tell us otherwise (you only need to provide the basic outline of what happened for now).  We guarantee to get you the most money for your story, so what are you waiting for?

To read more about how to sell a story to a magazine, see our Sell My Story page.