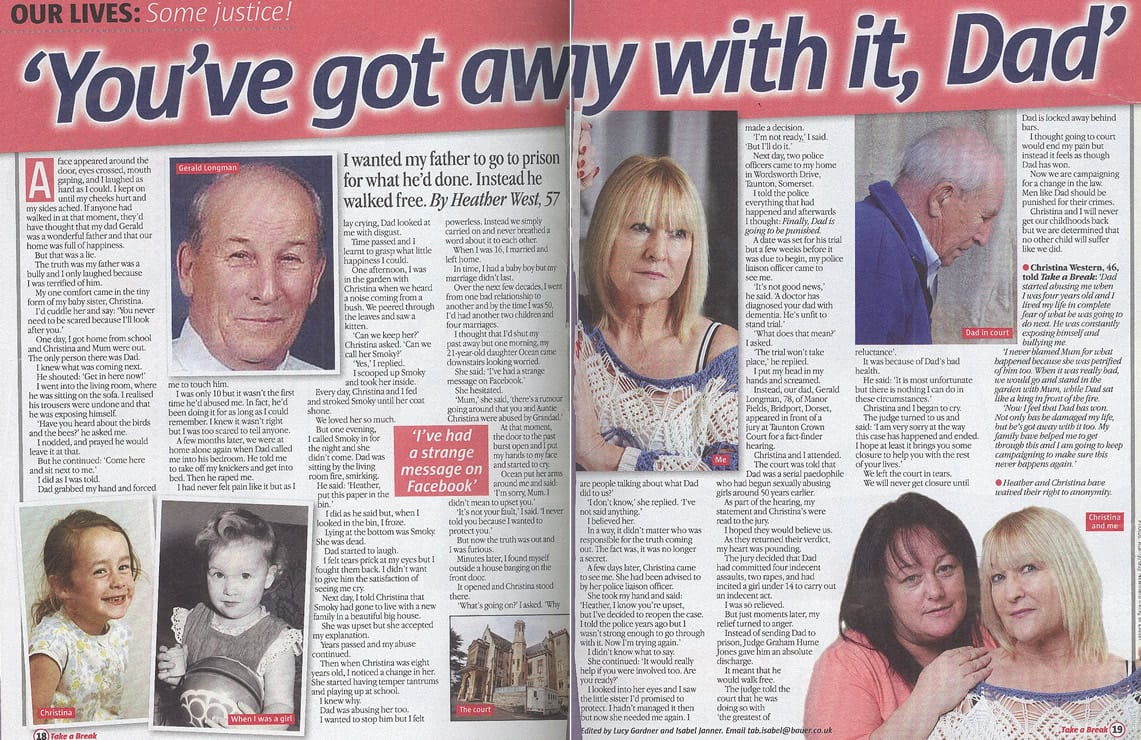 CHRISTINA WESTERN, 46, AND HEATHER WEST, 52, SPENT EVERY SECOND OF THEIR CHILDHOOD IN FEAR. WITH THEIR WHOLE HOUSEHOLD BEING CONTROLLED BY THEIR EVIL FATHER, GERALD LONGMAN, THE SIBLINGS WOULD PREFER TO SPEND TIME AT SCHOOL BEING HORRIFICALLY BULLIED THAN GO HOME TO THEIR PERVERTED FATHER.
AFTER FINALLY BURYING THEIR MOTHER, 15 YEARS AGO, CHRISTINA DECIDED TO GO TO THE POLICE BUT THE CASE GOT LOST IN THE SYSTEM. IT WASN’T UNTIL THE FRAUGHT SISTERS HAD A ROW 9 MONTHS AGO THAT THEY BOTH FACED “THE OLD MAN” IN COURT, BUT WATCHED IN HORROR AS HE WAS TO SET FREE TO PROWL THE STREETS, AFTER DOCTORS SAID HE WAS SUFFERING FROM DEMENTIA…SWNS 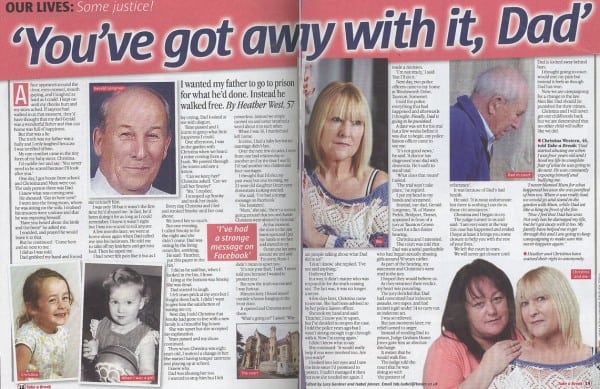