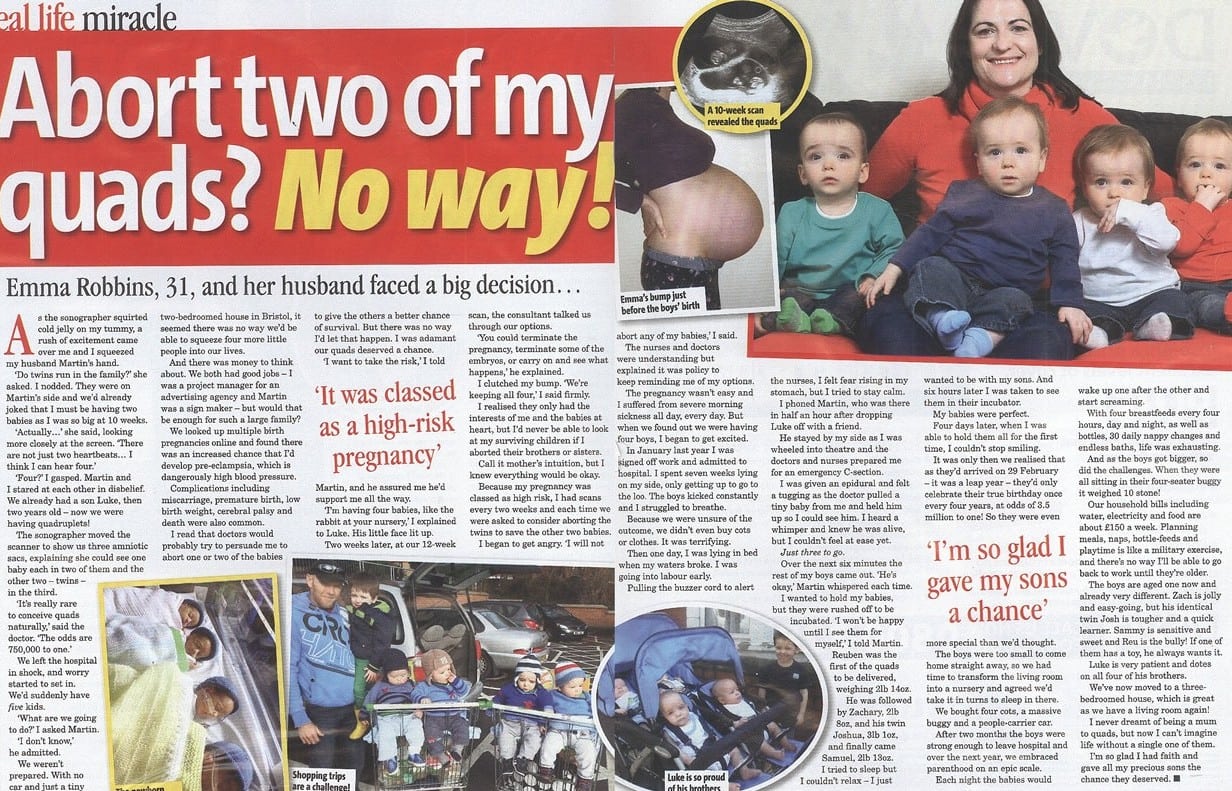 OH MY QUAD
EMMA, 31, AND MARTIN, 39, WERE DELIGHTED TO DISCOVER THEY WERE EXPECTING WHAT THEY THOUGHT WOULD BE THEIR SECOND BABY.
BUT AFTER A ROUTINE SCAN THEY WERE STUNNED TO DISCOVER EMMA HAD CONCEIVED QUADRUPLETS NATURALLY AT ODDS OF 750,000-TO-ONE! 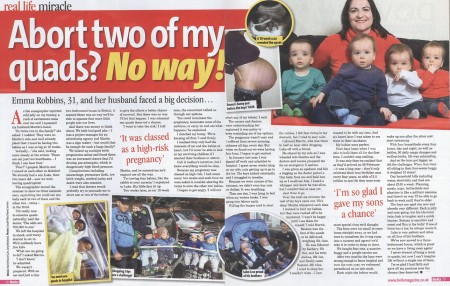 I wouldn’t abort my quads