My boyfriend bribed me to lose weight!!  SellUsYourStory.com helped Laura share her amazing weight loss to story with the press.  Her method might surprise you… and have most women reaching for a frying pan to whack their partners with!  Read Laura’s story below… 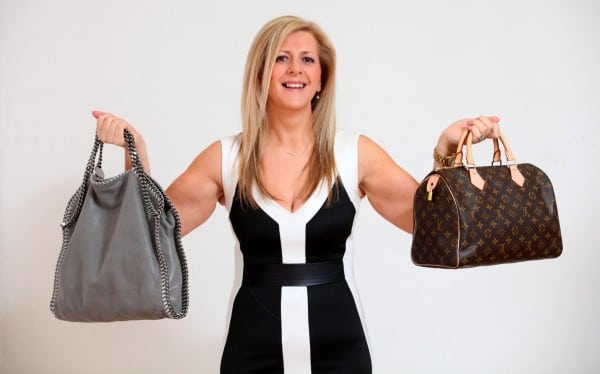 I was sitting in the canteen eating my lunch in peace, and trying to get a little quiet time away from the phones in the call centre where I worked, when I overheard six little words that would change my life forever.

A young girl was talking to one of my colleagues about the fitness company my husband Paul, 35, ran. She was asking who owned it and who she needed to speak to about renting some equipment.

When my colleague told her it was me, and pointed in my direction, she said: ‘Who, that heavy girl over there?’

My heart sank. I was mortified and felt so embarrassed. I knew I was huge, but nobody had ever said so.

I acted like nothing had happened and unhappily went back to my huge lunch.

But moments later she came over.

‘Is it you I need to talk to about renting some gym gear?’ she said, looking me up and down.

Trying to make light of such an awful situation, I joked: ‘Yeah, that’s me. You wouldn’t think so to look at me though.’

That was November 2012, and that Christmas, I ate like there was no tomorrow.

By January, I knew I had put on even more weight, and as I gingerly stepped on the scales, I wasn’t surprised to see them display 19 stone 2lbs.

The problem is I’ve always had a way of making people think I didn’t care about my weight, even though I was desperately unhappy about it.

I would eat what they expected a fat girl like me to eat; even if I wasn’t hungry I would order a starter, main course and dessert, every time I went out – just to prove a point, just to say, look at me, I’m happy being this fat.

I had convinced myself that I was always going to be this big fat girl. 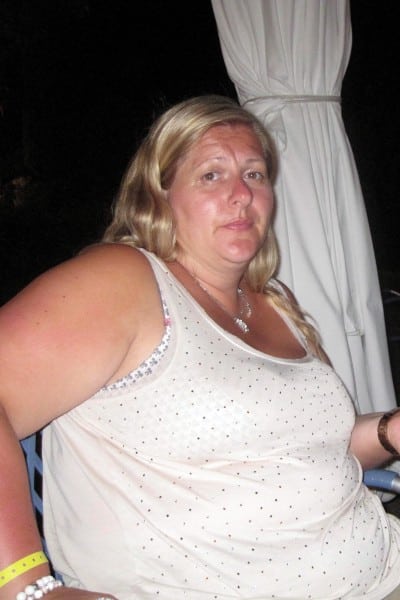 Since the age of 25 I have put on an average of a stone a year.

So to console myself, I would buy clothes like they were going out of fashion. If I found one item that fit, I would buy it in every colour.

I had hundreds of items clogging up my wardrobe, half of them with the tags still in.

When I put on weight, I would move to another shop that stocked my size. I went through TopShop, H&M, Oasis, River Island, and ended up at Next, as they were the only ones that stocked size 24

I’ve been with my husband, Paul since we were about 18. I met him through an old boyfriend and we hit it off straight away. He treats me like a princess and has never said anything about my weight.

But despite him owning a fitness equipment business, and being busy all the time, so never putting on weight, I still sat at home waiting for him to come home each day, just sitting on the couch.

I never had any energy to do anything, and my diet was atrocious.

Throughout the day I would snack on crisps, Greggs pasties, McDonalds, two litres of fizzy pop – everything that was high calorie.

If we were out for a meal, we’d have a curry and then I’d end up having a kebab on the way home.

It was no wonder I was almost 20 stone. 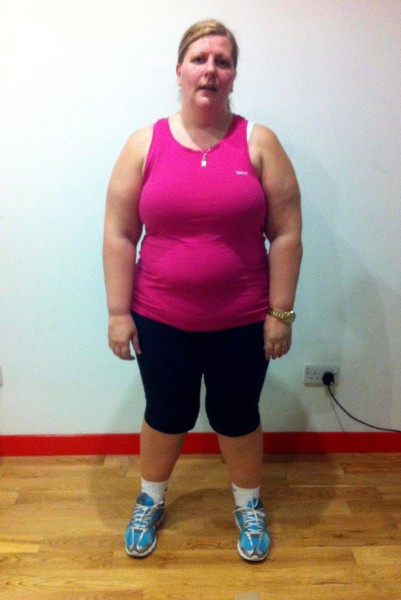 I began working with David Wilson, of Rapid Hypno Fitness who uses a combination of ‘non-sleep’ hypnosis, diet and daily exercise.

I lost seven pounds in my first week and a stone in the first month.

Out went the takeaways and lazy nights in on the couch.

I became active and started going to the gym every day. I started making home-cooked soups, and changing me chocolaty treats for fruits and low-calorie biscuits. 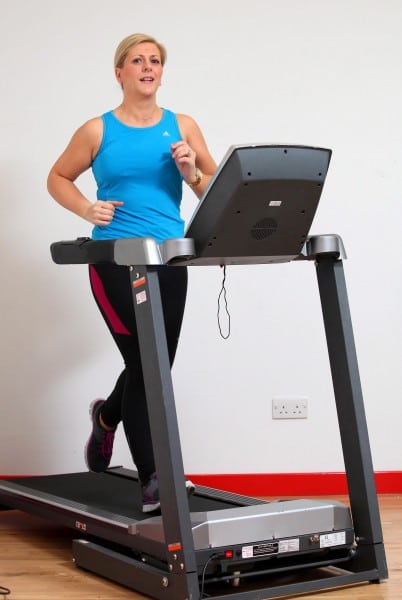 But when David suggested that my target weight should be 10 stone, I laughed and told Paul I’d never make it to that weight.

“Of course you will,” Paul said, enthusiastically.

“And for every stone you lose, I’ll buy you a designer handbag.”

If Paul knows anything, he knows I’m potty about hand bags.

I used to buy them because I could never really treat myself to glamorous clothes – I was just too fat.

So instead I would buy a nice hand bag to divert attention away from my expanding waistline.

As I reached each milestone, Paul bought me a beautiful designer bag. 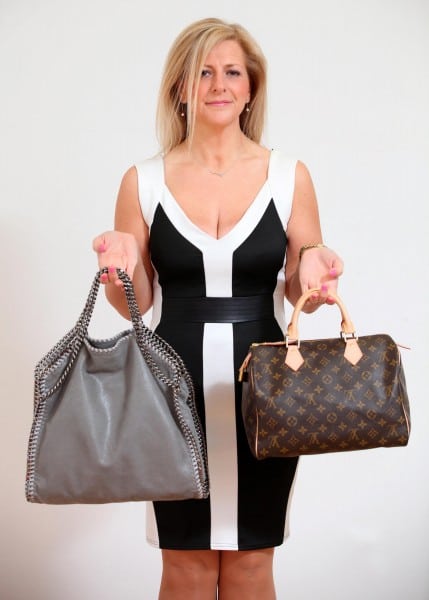 By June 2013, I had lost three stone, and had two beautiful bags from Paul: a Stella McCartney one and a stunning Louis Viutton number he got for me in Venice.

When looking for a space in wardrobe to display them, I began unloading hundreds of items of clothing I had never worn. Some even still had the tags ion.

So I decided to pop them on eBay to see if I could get rid of them.

I couldn’t believe the response I got. As they were all last year’s summer items, they were highly desirable.

Millions of people were bidding, and within no time I’d made almost £2,000.

It was wonderful watching the pounds falling off, and my purse filling up with a different kind of pound.

And every time I dropped a dress size, I put more clothes on eBay and made even more money.

I call it my amazing eBay diet – because even though I owe it all to David Wilson, the sales on eBay were such a motivation.

So far I have lost over nine stone and seven dress sizes! I know weigh just under 11 stone and can fit into a size 10.

Paul is delighted with my loss, and because of my new active lifestyle, he has even dropped a few pounds himself.

With the money I made selling my clothes, we were able to book a holiday to Florida, and I’ve bought a new bikini, in a size 10.

I haven’t been a size 10 since I was a little girl, and it will be the first time I’ve worn a bikini in 20 years.

As for the other seven handbags that Paul owes me, I have room in my wardrobe for another shelf now my fat clothes have gone – plenty more for all my new hand bags.

If you have a weight-loss story story that you’d like to sell to the national press, get in touch with us by using the form on the right hand side of this page.  One of our friendly, professional writers will call you straight back to discuss your story.