RAPED BY MY HUSBAND…  IN FRONT OF MY SON, KIM’S TRUE STORY.

KIM THOUGHT SHE’D HIT THE LOTTERY WHEN SHE MET JOHN.HE WAS THE MAN OF HER DREAMS WHO TOOK ON THE ROLE OF DAD FOR HER SON AND SHOWERED HER WITH LOVE AND AFFECTION.BUT WHEN HE WAS ARRESTED FOR VIOLATING HIS PROBATION, WHICH HE CLAIMED HE ONLY HAD BECAUSE HE HUMANELY KILLED HIS DOG TO END IT’S SUFFERING, HE WAS SENT TO PRISON.BLINDED BY LOVE KIM STOOD BY HER MAN, BUT WHEN HE WAS RELEASED HE WAS A DIFFERENT MAN.PLAGUED BY PARANOIA AND JEALOUSY, JOHN STARTED FURIOUS ROWS WITH KIM THAT CULMINATED WHEN HE PINNED HER DOWN AND RAPED HER…WHILE HER THREE-YEAR-OLD SON WATCHED! 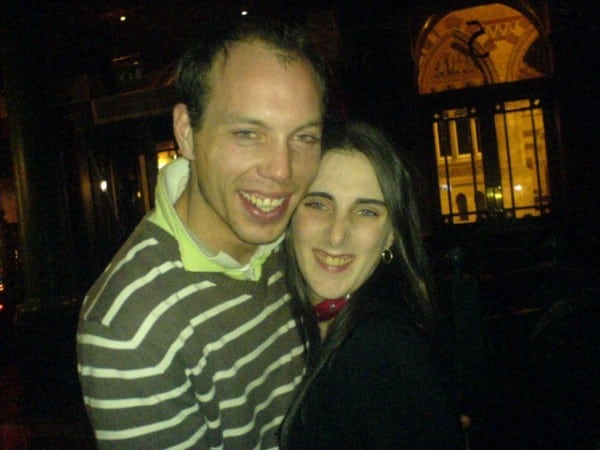 It was 2008 when I first met John.I had just given birth to my first child, Steven, and split from his father because he had become abusive.Struggling to get used to being a single mum put enough on my plate and I certainly wasn’t looking for any romance to further complicate things.But when my friend Angie introduced me to this tall man with sandy blonde hair and stunning green eyes.‘I’ve heard so much about you,’ John said with a smile.‘Really?’ I asked surprised. ‘I hope it was all good things.’‘Of course it was,’ he chuckled. ‘I don’t think anyone could say a bad thing about you even if they tried.’I blushed. He was so charming!We hit it off straight away and the chemistry was electric.Within a few weeks I was head over heels in love with John and thought he was ‘the one.’We moved in together and he took on the role of dad for Steven, who was just three-months-old at the time.Seeing him with my son only made me fall in love with him even more.John wasn’t the kind a bloke to be scared of a nappy and he loved playing with Steven.‘How are my two boys doing?’ I asked one night as he gave Steven his bottle.‘I’m just giving him the ins and outs of handling women,’ John laughed. ‘He’ll need as much advice as I can give him.’‘Since when did you become the expert?’ I asked.‘Well I managed to snag you so I must be doing something right,’ he shot back.I loved our banter and our relationship had grown from strength to strength.One day, as I ran to the shops to get some milk I walked back into the flat and there were flower petals and candles all over the place.John was standing in the lounge when I asked, ‘What’s all this?’He got down on one knee and asked, ‘Kim I love you so much! Will you marry me?’ 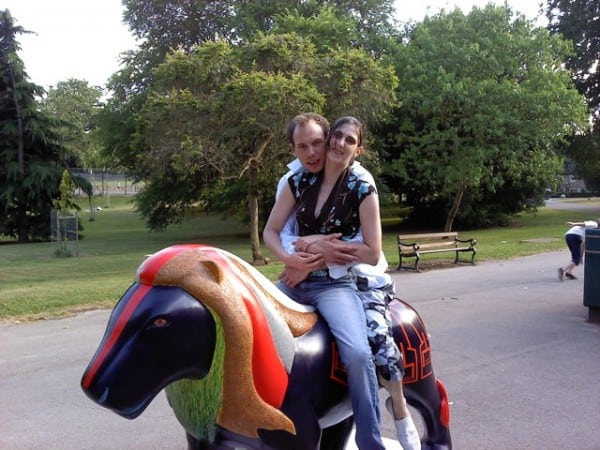 Tears stung my eyes as I said ‘Yes!’I couldn’t believe we were engaged.There were no red flags or warning signs so in March 2009 when I received a call from John in prison I was stunned.He had run to the shops with a mate and was supposed be home but on the way their had been pulled over by police.It turned out John was driving without a license or insurance.And to make matters worse, he had violated probation.I was stunned. I had no idea he was on probation.John was arrested.I rushed to the police station both worried and angry.When I finally got to speak with John I was beside myself.‘How could you not tell me you were on probation,’ I cried.‘I didn’t think it was a big deal,’ he answered.‘It may not be a big deal to you, but it is to me,’ I shouted. ‘What did you do?’He said, ‘It’s a long story really but you remember me talking about my pet dog?’I nodded.‘Well he got hit by a car and was suffering. I killed him to put him out of his misery and got done for it.‘All I wanted to do was help and I was punished.’‘That’s awful,’ I said. ‘Well what did you do to break the conditions of your probation?’John replied, ‘I moved in with you.‘I guess I wasn’t supposed to leave the address I had given but it was before I met you.‘I didn’t even think.’I managed to ask, ‘Well what happens next?’The next words from he said put me in floods of tears.‘Baby I think I’m going to jail,’ he whispered.I didn’t undertand what was happening and why he needed to go to prison because of something that seemed so silly.‘I’ll stand by you,’ I reassured him. ‘You’ll always have me.’He said, ‘I love you baby.’Over the next five months I visited John in prison.I was so in love with him I was blind.I trusted him so I didn’t question things too much.While he was behind bars I started planning out wedding. I bought my dress and a few bits and pieces so that when he was released we could book a date and venue.The hardest part was explaining to Steven why the man he saw as his dad wasn’t around.In August 2009 John was finally free to come home and I had a little welcome home party for him.Steven was so excited to have him back.But within weeks I noticed changes in John. 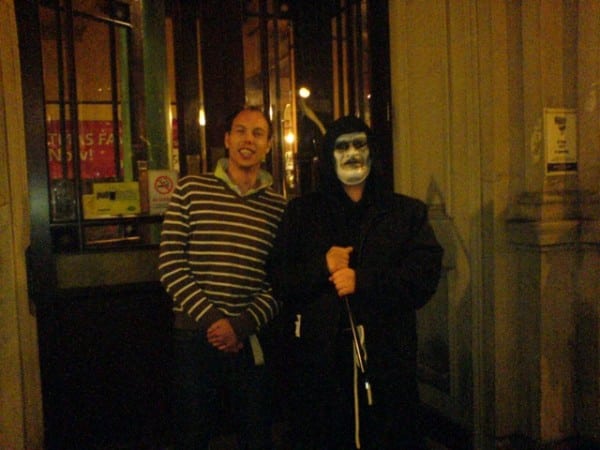 He was the happy man I fell in love with.He had become paranoid and jealous.‘The neighbours have put cameras in the flat,’ he accused. ‘They’re in the ceiling. I know they are watching us.’‘Quit being silly,’ I told him. ‘No one is watching us.’If he saw me speaking to any other man, even if it was a mutual friend, he would fly into a rage.I thought it was just after-effects from being in prison and he would eventually go back to normal.But things only got worse.Over the next year we began rowing constantly. I became isolated from my friends and family.But despite the fighting I still loved him and wanted to be there for him.On Christmas Day 2010 we had a lovely morning opening presents with Steven.We had a quiet day in and had dinner together – just the three of us.But by the night John had turned dark and brooding.The arguing escalated and we were shouting at one another.Suddenly he grabbed me and slammed my head against a wooden chair.I was stunned. He had never hurt me before and I couldn’t believe what just happened.Immediately he grabbed me and hugged me. He looked like he was in shock.‘I’m so sorry Kim!’ he pleaded. ‘I didn’t mean to! Please forgive me, it won’t ever happen again.’I was quiet as he moved me to the kitchen to clean me upI refused to say anything and went to bed.In the morning, I woke up to his smiling face. 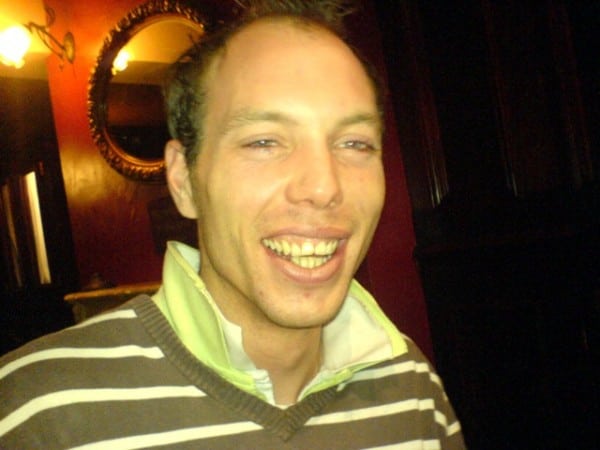 ‘Aren’t you going to give me a kiss and a cuddle then?’ he asked.‘No,’ I replied. ‘I’m still mad at you.’I climbed out of bed to see to Steven, but was suddenly pulled back.John had grabbed ahold of my hair and dragged me back to the bed.He climbed on top of me and pulled my clothes off.I started to panic and shout ‘No!’I begged, ‘Please, please don’t do this John.’But it was like he didn’t hear me or really he just didn’t care.I fought to get free but he was too strong.He pushed a pillow against my face and started to rape me.I could barely breath and only managed to catch short breaths by turning my head to the side.But when I did I saw Steven.He was standing in the doorway watching, frozen with fright.I didn’t know what to do and just prayed he would walk away.At some point during the attack he must have because I couldn’t see him anymore.After an hour of abuse, John climbed off me and went to the kitchen.I was in shock and petrified.I got dressed and grabbed Steven.‘Everything is going to be okay baby,’ I whispered in his ear. ‘Let’s get you dressed and then you can come out with mummy.’Trying to remain calm, I told John I was popping out to get some bread.Once out of the flat, I rushed over to the nearest bus stop.But just minutes before the bus was due to arrive I spotted John running towards me.With Steven in his buggy, I began walking away.John followed and tried to convince me to go home with him.‘Let’s talk about it Kim,’ John shouted. ‘Come home!’I ignored him.There was a police station just a five minute walk away, but I was devastated to find that the it was closed.I looked around and noticed that CCTV cameras were pointed on her.When I looked back, John had disappeared.I called the police and was taken to a different station to give a statement before being transferred to hospital for a rape exam.Police, meanwhile, went to my flat and found that John had washed his clothes and our bedding.John was arrested but he was later bailed.He wasn’t allowed to go anywhere near me, but it didn’t stop him from turning up at my flat.Luckily I had gone away to stop with family.Police caught him and he was sent back into custody.Over the next few months police informed me that John was denying the charges for assault and rape and would go to trial.My first court date was postponed and nearly a year later I finally had my chance to face him in the dock in April 2012I gave evidence and refused to stand behind a screen. I wanted him to see my face as I told everyone what he put me through.There was no remorse on his face. It was like he was someone else.It was during the trial that I found out about John’s previous convictions.He was jailed for four years in 2002 for a series of robberies involving snatching handbags from vulnerable pensioners.John was also jailed for 32 months in 2006 and was once sentenced to four months’ imprisonment for killing his pet dog with a hammer.It wasn’t the act of kindness he had told me and it left me fuming – I had no idea just what a monster he was.The trial lasted several days and when the jury finally came back with a decision I was on edge.I can’t even describe the relief I felt when I heard the foreman say, ‘guilty.’John was jailed for seven-and-a-half years and will be on the sex offenders register for life.But the ordeal has left it’s mark on both Steven and I.It took me a long time to feel like I could trust anyone again. 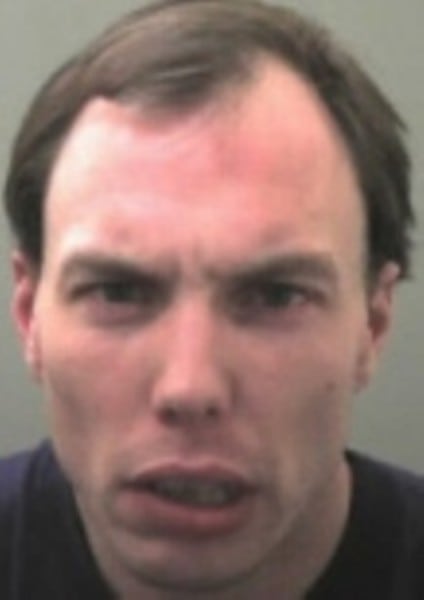 And Steven started acting out. He would bite and kick.Before he had always been a passive little boy so I knew it was because of what he had seen.I took him to therapy and he’s getting better.It’s something we’ve both had to face.As a mum I never would have wanted any child to see what I went through.——–

SWNS supports the REPORT EVERY RAPE campaign.  We help hundreds of women speak out each year, which helps those in similar situations come forward and report their abuser.

You can read more about our work with domestic violence and rape stories on our Share My Domestic Violence Story page.

If you are thinking of selling a story to the press, all you need to do is complete the form on the right hand side of this page.  Nothing will be written without your consent; one of our friendly, trained writers will get back to you within a day to discuss your story.  We will only go ahead once you are happy and have given us express permission (we will interview you over the phone, or in person if you prefer, and then give you a full read-back of your story before anything is printed).  You can rest assured that your story will be handled with integrity and professionalism.