SellUsYourStory client Amy Dawson shares her shocking story with That’s Life magazine:  her husband battered her on their wedding night!

As I turned to Gavin to reveal two positive lines on the pregnancy test, he scooped me off my feet and span me around in the air. 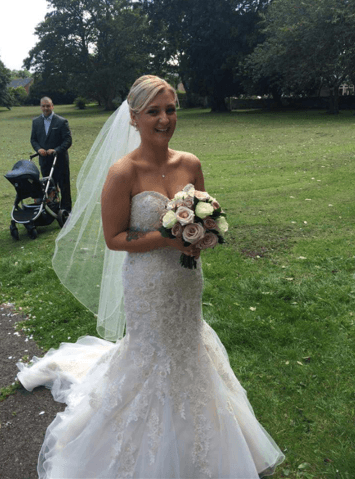 “I can’t believe we’re going to have a baby together,” Gavin, 29, said with the biggest smile I had ever seen. Even though we had only known each other for six-months and been together for four, it felt like we hadn’t spent a day apart. He was so caring, loving and affectionate, I felt as if I was living in a fairy tale.

“Now there’s a little one on the way, how would you feel about moving in together?” he asked me. “I would love too!” I replied with excitement. Months later, we had finally made our house into a home in Durham, and Gavin wouldn’t let me lift a finger while I was pregnant. One day, while he was keeping busy decorating our child’s room, I thought I’d pop out.

“The smell of the paint is making me feel funny,” I said. “What? Where are you going?” He replied, snappier than normal. “Just to my mum’s,” I said giving him a peck of the cheek, and trotted off downstairs. He didn’t say goodbye or kiss me back, but I didn’t think much of it. I grabbed my bag and left the house. When I returned a couple of hours later, I put my key in the door and the chain was on the hook.

I put my face to the gap in the door and shouted up the stairs: “I’m back, let me in!” Gavin unhooked the chain and stood in the door, blocking my way into the house. “Where have you been?” he asked. “To my mum’s house. I told you already. My mum made these lovely…” Gavin turned his back on me. The atmosphere could be cut with a knife.

“Have I done something wrong? I said, as I placed my phone on the side. Suddenly, he snatched it from the work top, 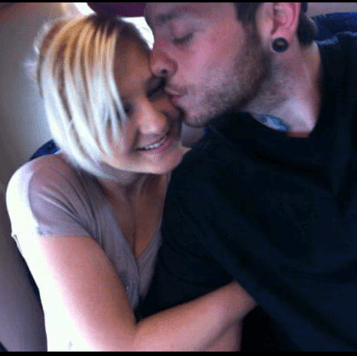 grabbed my upper arm and dragged me into the living room. “What are you doing, Gavin?” Maybe the paint fumes had gone to his head. Surely he would never hurt me, I thought to myself. He was flicking through my text messages and checking my phone book. “Gavin, what’s wrong!” I screamed. “I know you’ve been seeing other men,” he shouted at me.

“Gavin, I have been to my mum’s house. Plus I’m 20-weeks pregnant, I’m hardly in the position to be gallivanting off with other men,” I replied. But this seemed to anger him further. He grabbed my throat, threw me down to the floor and as I looked up, he landed an almighty blow into my jaw, knocking me unconscious for several seconds. As I came around, I was terrified and confused. He lifted me from the ground and gave me a hug.

“I’m so sorry, Amy. I don’t know what came over me, with you being pregnant. “I don’t want anything to happen to us,” Gavin explained. I said nothing. I needed to sit down. But I must have gone to sleep because before I knew it the smell of cooking food filled my nose and woke me up. The table was set, with candles and placemats.

Gavin had made me a slap up ‘I’m sorry meal.’ I was hoping it was a terrible dream, but I had no such luck. I found it hard to believe that Gavin just attacked me. “It won’t happen again, Amy,” he said nearly in tears. I looked at him with hatred and disgust, while I rubbed my jaw to sooth the pain. I stupidly shrugged off the argument.

Gavin had been working hard decorating the house so he was probably stressed and I was the nearest person for him to take it out on. He looked really sorry and I believed it wouldn’t happen again. After I felt as if I was walking on eggs shells. I would flinch when he moved quickly and he was becoming manipulative, controlling and angry.

He wouldn’t let me see my friends and he would hide my mobile phone. As the weeks went on, our relationship changed, and even after all his promises not to hurt me again, Gavin raised his hand at me again several times. Then came the home-cooked meals and the “I’m sorrys.” I was 26 weeks pregnant and when we got home from our check-up, I had the shock of my life.

Gavin got down one knee and opened up small box with a ring in it. “Will you marry me Amy?” He asked. One million thoughts ran through my mind. Of course I loved Gavin, we were having a baby together and I wanted to spend the rest of my life with him. But I was terrified of what I would be getting myself into. I took a deep breath, and cautiously agreed.

He scooped me off my feet and lifted me into the air. This wedding was exactly what we needed and planning it kept my mind of Gavin’s mood swings. It was finally the big day and after nearly two-years of preparation, we got married on 11th August 2014 at 1pm. The church looked beautiful and we had 100 of our close friends and family with us. 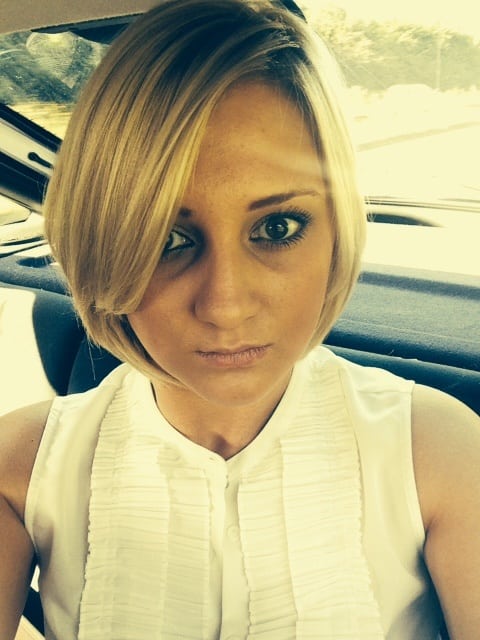 The day was magical, it went perfectly and the reception looked more stunning than I could ever imagine. As Gavin pulled me to the dance floor, he held me close and I knew this was our fresh start. After a night of fabulous dinner, drinks and dancing the evening was drawing to a close. “It’s 12:30 Gavin,” I said yawning. We couldn’t believe the time and after an exhausting day, it was finally time for us to retreat to our honey-moon suite.

Gavin swept me off my feet and carried me into our bedroom, in true husband style. “Look how beautiful it is in here Gavin, there’s even champagne on ice!” I said. I poured me and Gavin a glass to toast to one another. I was trying to take off my wedding dress and slip into something a little more comfortable. “Ugh, I’m all arms Gavin, could you help me undo my dress please?” I said politely.

“No, do it yourself,” he snapped. Gavin had his eyes shut resting on the chair next to me. I ignored his attitude. I reached for the crochet, to help undo my dress. Out of nowhere, Gavin stood up on the chair and flattened me to the floor. He pinned me down, sat on my chest and started punching me in the face with all of his strength.

I couldn’t move, I couldn’t breathe and I thought I was going to die. “Gavin, get off of me!” I managed to scream. I had no idea what was going on, I was yelling: “Help! Help!” in the hope that someone would hear my terrifying screams. “I’m going to kill you.” Gavin said. I didn’t doubt it for it a second and thought I’d be leaving my honeymoon suite in a body bag. I tried to fight Gavin off, but he was too strong.

He suddenly left the room, leaving me bloody, battered and bruised. But, as I went to escape, he came back in the room and locked the door. He knocked the champagne glasses on the floor and our celebratory drinks were soaking into the carpet, and the glasses had smashed. He pinned me down once more and the beating continued, his fists felt like bricks hitting my face.

I reached for one of the champagne glasses on the floor, and I managed to roll it towards me. I grabbed the champagne flute in my hand and lunged the tail of the broken glass into Gavin’s shoulder in an attempt to escape. Gavin gave an almighty yell. I finally managed to wriggle from his strong grasp. A hotel porter rang the police and they arrested Gavin, I saw him being led away in handcuffs in his wedding suit while I was being checked over by the paramedics.

I was taken down to the police station for five-hours of questioning. I couldn’t believe our marriage lasted all of 12 hours and our wedding night ended with me being battered by my groom and me stabbing my husband.  Gavin claimed that he had been drugged before the attack and can’t remember beating me within an inch of my life.

But he pleaded guilty to a single count of assault causing actual bodily harm at Peterlee Magistrates’ Court.  He received a 24-month community order and was given a restraining order prohibiting him from contacting me. His punishment was very soft, he nearly killed me and if I wouldn’t have struck him the champagne tail, he probably would have succeeded.

The attack left me with a cut eye brow, a bruised face and chest. I’m now living with my mother in Sunderland and completing my Trainee Accountant Qualification. I still have no idea why he attacked me on that horrific night and I don’t think I will ever find out. I have filed for divorce but I can’t get hold of the papers until a year time, so I have to stay married to a man who tried to kill me.

I had no idea I was in a domestically abusive relationship, until it was too late. Gavin, means nothing to me now.

If you would like to share a story with the national press to help those in a similar situation, contact us today. You can use the form on this page to send a message directly to our amazing features team.

We’ve helped hundreds of women (and men) share their domestic abuse stories with women’s magazines and newspapers.  We always make sure that the highest fee is paid for sharing your story, and we guarantee a full read-back of the story before it is published – so you can ensure the story is told your way.

You can see a selection of recent domestic abuse and domestic violence stories here: https://www.sellusyourstory.com/news/category/domestic-violence-abuse/

If you would like to sell a wedding story to the press, you can also get in touch using the form on this page.  Find out what your wedding story is worth today.  You can read some of our client’s wedding stories that we’ve secured the highest fees for here: https://www.sellusyourstory.com/news/category/wedding-stories/