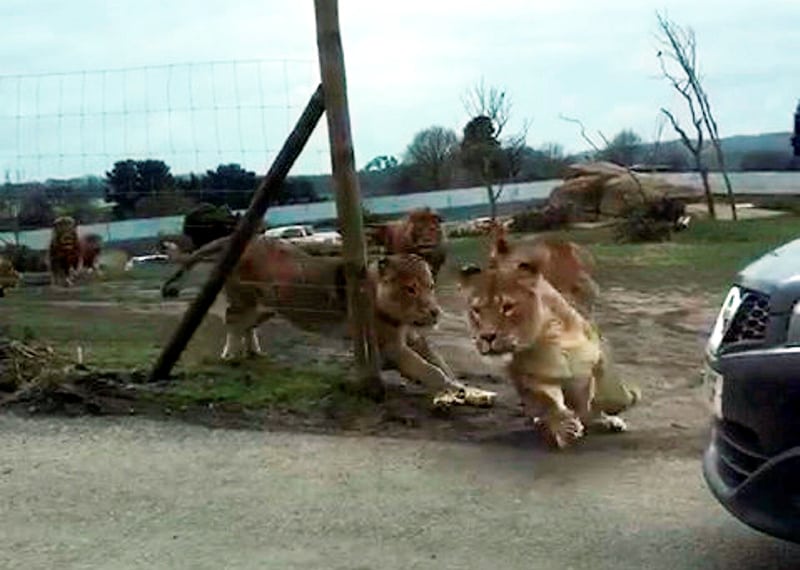 Want to make money from video footage?  Do you have a mobile phone or camera clip that would make a strong newspaper or magazine story? If so, get in touch with us and we guaranteed to get you the most money for your footage.

We provide a free, no obligation service to help you make the most from your story, video or photograph.

We take all the hassle and stress out of selling your video clip or selling photographs to the press because we deal with ALL the newspapers, magazines, television companies and major websites, so you don’t have to.

Simply fill in the form on this page with a little info about your story, photo or video clip. We’ll get back to you with a valuation for your content. If you want to upload your video directly to us, you can use our SellUsYourVideo.com video upload site.

HOW TO MAKE MONEY FROM VIDEO FOOTAGE & GO VIRAL

SellUsYourStory.com is part of SWNS, the UK’s largest independent press agency.  We supply around 20 per cent of all major newspaper content. If your footage is newsworthy, we can help it go viral.  Not only will you get paid every time it’s used, you could drive millions of hits to your video.

RECENT CLIENT WHO DECIDED TO MAKE MONEY FROM VIDEO FOOTAGE

Abi and her friend were visiting a safari park when they captured a terrifying video of the LIONS charging at their car.

Heart-stopping footage shows the lightning-fast beasts bounding on to the bonnet and roof of the Hyundai i-30 leaving behind a huge paw print-shaped dent.

They were shut in the lion enclosure when the rangers closed the gates for safety and were left stunned when the pack leapt on top of the car, leaving behind dents and scratches.

The clip was posted online – and soon Abi was bombarded by media, asking to use her video.

This is the terrifying moment a pride of raging lions charged a woman’s car at West Midland Safari Park in Bewdley, Worcestershire – leaving a huge paw print-shaped dent in the roof.

Thankfully, she spoke to one of our news editors Nathan Pynn. He asked her and her friend who took the video if they wanted him and his colleagues to manage all the approaches.

SellUsYourStory.com reporter, Henry Clare, had a chat with Abi and her friend. Henry got all the information he needed to write a story. He listened to what hey said, and heard any concerns they had.

When Abi’s friend was ready, she filled in an agreement to say she was happy for us to sell her clip on her behalf.

She retained the copyright – and still does. We made sure it was sold in a way she was happy with, and anyone who used it paid for it.

HOW WE SELL YOUR VIDEO FOR CASH

Within an hour Nathan had placed the story on websites around the world.

Henry and Nathan were on hand to deal with anyone who got in touch. Or with any questions Abi and her friend had.

When anyone got in touch with Abi, she was able to simply give them Henry and Nathan’s phone number and get on with her day.

Paw prints on the car

The next day the story appeared in a whole host of national newspapers. These included the Daily Telegraph, Metro, Daily Mail, Daily Star and The Sun.

Abi’s friend will be paid every single time the footage is used.

GETTING THE MOST MONEY FOR YOUR VIDEO

SellUsYourStory.com ensures you are paid every time your footage appears on a news site.

We teamed up with Google become the only agency in the world with an online system that tracks each use of your video. You can also track your earnings and payments in real time.

WOULD YOU LIKE TO MAKE MONEY FROM VIDEO FOOTAGE?

If you capture a video clip you think should be in the press, get in touch with us. We can help you make money from video footage by selling it to the entire national press. You get paid every time it is used.

Abi’s clip was only a few seconds long, but we made the most out of it thanks to our team of trained reporters.

Have you taken newsworthy footage on your mobile?

Would you like to turn a video into cash?

Tell us a little about your content and we’ll let you know what it’s worth.

For more information about how our service works, see our Sell My Story page.  You can also find out more about how to sell a video to the press.

If you want to send your video to us but are having trouble uploading it, send it to us via our dedicated video upload site SellUsYourVideo.com.