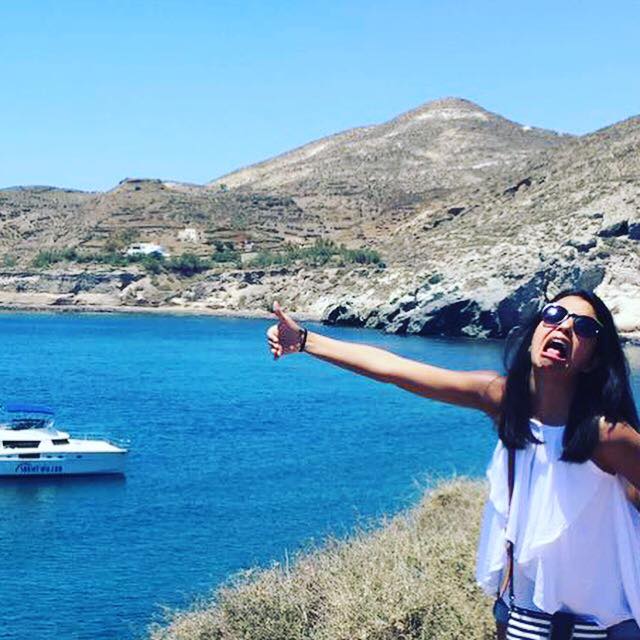 Want to know how to make a story go viral? Use our free service!

If you want to know how to make a story go viral, you’re in the right place.

SellUsYourStory.com is part of the UK’s largest press agency.  We supply up to 20% of all print news. Not only that, we supply images and videos to the UK’s top news websites.

Simply fill out the form on this page to let us know about your story, video or photo.  We’ll get back to you to let you know what it’s worth.  There is no obligation. We guarantee the highest fees and we make sure your story is told your way.

Placing your story, photo or video in the press is the best way to help your content go viral, If you’re searching for information about how to make a story go viral, look no further!

When a newlywed bride was told her hubby’s visa had been rejected she made the tough decision… to honeymoon without him!

Huma reluctantly made the trip of a lifetime with her new in-laws, and ended up becoming viral for her funny solo selfies.

SellUsYourStory.com helped Huma secure the best fee possible for sharing her incredible story with the women’s weekly magazines. If you’ve got an outrageous story for us, don’t hesitate to get in touch.

As I headed home from work to my new hubby, Arsalaaan, 28, all I could think about was our upcoming honeymoon, a truly grand adventure around the European islands of Greece.

I opened the door and beamed at him. ‘Just three days to go!’ I squealed.

In three days we’d be saying goodbye to Lahore, Pakistan and hello to the land of the Greeks – ancient ruins, crystal clear seas and magnificent mezzes – I could not be more excited

I met Arsalaan over three years ago at a wedding.

Whilst everyone else was looking at the bride and groom I couldn’t take my eyes off the handsome stranger in the crowd.

That was back in late 2013 – three years later and we’ve tied the knot.

On paper there was nothing extraordinary about Arsalaan’s proposal but it was the biggest surprise of my life.

My husband isn’t known for his romantic gestures so when he surprised me by taking me to my favourite Japanese restaurant I thought maybe he’d been up to know good. How wrong I’d been…

As he struggled with his tuna nigiri and I sipped on some miso soup – my favourite – I was completely unaware of what was coming next.

After finally gave up and putting his chopsticks down he looked at me solidly in the eye.

‘You have no idea how happy you make me and I want to spend the rest of my life with you.’ He began.
 Heart pounding

My pulse began to pound and my heart was in my throat, was this happening?

I was so taken aback by the whole situation, I didn’t know what to say.

‘What?’ I asked, completely dazed. ‘Are you sure?’

It wasn’t the reaction he was expecting but what can I say? I was in utter shock, I hadn’t seen this coming at all.

‘Of course I’m sure. I don’t deserve you Huma, but I know I want to spend the rest of my life with you.’ He said, holding a single platinum engagement ring set with a magnificent diamond towards me.

I leaned over the sashimi platter and planted a kiss on his lips.

Before long it was the 29th December and we were getting married. We had a traditional wedding, I wore an elegant ivory sari adorned with ruby red adornments.

As soon as the wedding was over we got to plan our honeymoon, well our second honeymoon I suppose. Technically we did go on a honeymoon – a romantic getaway to the Maldives.

It was just the us two so the idea that time and Arsalaan really wanted to welcome me into the family so planned a honeymoon for all of us. Or as I called it, the ‘familymoon’.

All in all a holiday with the in-laws didn’t seem that daunting at all. Also it kind of made sense, a holiday for four works out a lot cheaper than a holiday for two – win win.

We spent almost a year of planning the getaway – it’s no easy task organising a trip around Europe when you are from Pakistan. Visa applications, salary slips, marriage registrations, financial checks, the list is endless.

I was particularly worried, I’d never traveled to Europe before and was anxious my application would be rejected. Arsalaan had been when he was younger, so he would have no problem getting his visa… or so I thought.

Just two days before our flight and the dreaded visa forms had finally arrived.

Arsalaan ripped open the seal and his eyes darted across the pages.

He looked at me overjoyed and said: ‘Huma your visas have passed! I told you it would all be ok Eur-‘ He stopped mid sentence.

‘What is it?!’ I asked. His jaw dropped and he looked stunned.

‘I… I can’t believe it. Huma, they’ve rejected my application.’ He said.

I thought he was joking… he had to be joking. But as soon as I saw the look in the eyes I realised this was no joke.

It didn’t even say why, to this day we still don’t know the reason.

‘Well, if you can’t go I’m not.’ I said, tears beginning to running down my eyes.

‘You’ve got to sweetie, think of the all the money we’ve spent, there’s no point both of us not going. One of us should at least enjoy it. It’s a trip of a lifetime.’ He said.

It took a while to come round to the idea and I was not hundred percent sure I wanted to go but as he held me in his arms and told me it would be good for the family I eventually agreed.

The next two days I reluctantly finished off packing my luggage, as I put the last few essentials in my case – sun cream, earphones, my trashy novel – my heart sank deeper and deeper.

All I could think about was the one thing I wanted to bring but couldn’t: my husband.

Arsalaan drove us to the airport and as he left us at the check-in gates all I could do was turn around every other second to see if he was still there.

But as I boarded the aircraft something changed and as the plane started to lift off the ground so did the looming disappointment I had felt since learning the bad news.

After all, I was about to spend fourteen day travelling Greece and Croatia, I wasn’t the one stuck back at home. Poor Arsalaan…

Trip of a lifetime

If only I’d known how right she had been.

As we landed in Athens and I stepped off the plane I just knew I had to let Arsalaan know how much I was missing him.

I fumbled round my hand luggage, pulled out my phone and connected to the wi-fi as soon as I could.

Then, I positioned myself for the perfect selfie. Phone raised to the right and at an angle and embraced the space where my hubby should have been.

I can’t take credit for the idea, it was actual Arsalaan who started the trend.

Straight after our engagement he jetted off to Budapest and wanted to let me know much he missed me.

He took the now famous hand hovering over an imaginary figure pose and sent it to me.

I thought I’d reciprocate the gesture and let him know just how much I missed him. It became something of an inside joke between the two of us than ran throughout the course of my holiday.

As I did all the thing that Arsalaan and me had planned on doing I would adopt the tragic pose and share it with my hubby across the continent.

Sunset in in the streets of Santorini? Snap. Exploring the grand ruins of Athens? Snap. Moonlit dinners in the cobbled streets of CretE? Snap.

Over the course of eight different cities and five different islands I documented every moment we should have shared together – a tribute to my husbandless honeymoon.

‘Are you alright their miss, are you looking for someone?’ A stranger asked.

It was the first time someone called me out on my unusual holiday snaps. Thanks to the rise of the selfie stick no one seemed to notice my tragic photos – they were all too busy taking selfies of their own!

By the end of the two weeks I was reflecting on my grand husbandless-honeymoon adventure. I’d explored some of most awe-inspiring places the med has to offer, torn up the Santorini strip with my mum-in-law until the early hours and Arsalaan’s dad, Suhail, 61, had come realise what a wicked sense of humour we both shared.

As the plane prepared to land back home I came to realise how right Arsalaan had been, this holiday really has brought us all together as a family.

How to make a story go viral

Thanks to the coverage arranged by our team, Huma’s ended up becoming viral for her funny solo selfies. Not only did we arrange the best fee possible for Hum’s story, we helped her tell her story HER way.

If you want more information about how to sell a story to the press, see our Sell My Story page.

If you would like to sell your own images, videos or stories to the national press, let us know about it using our Story Valuation form.

For more information about how to make a story go viral, get in touch with our team. We’re on hand to answer any questions.