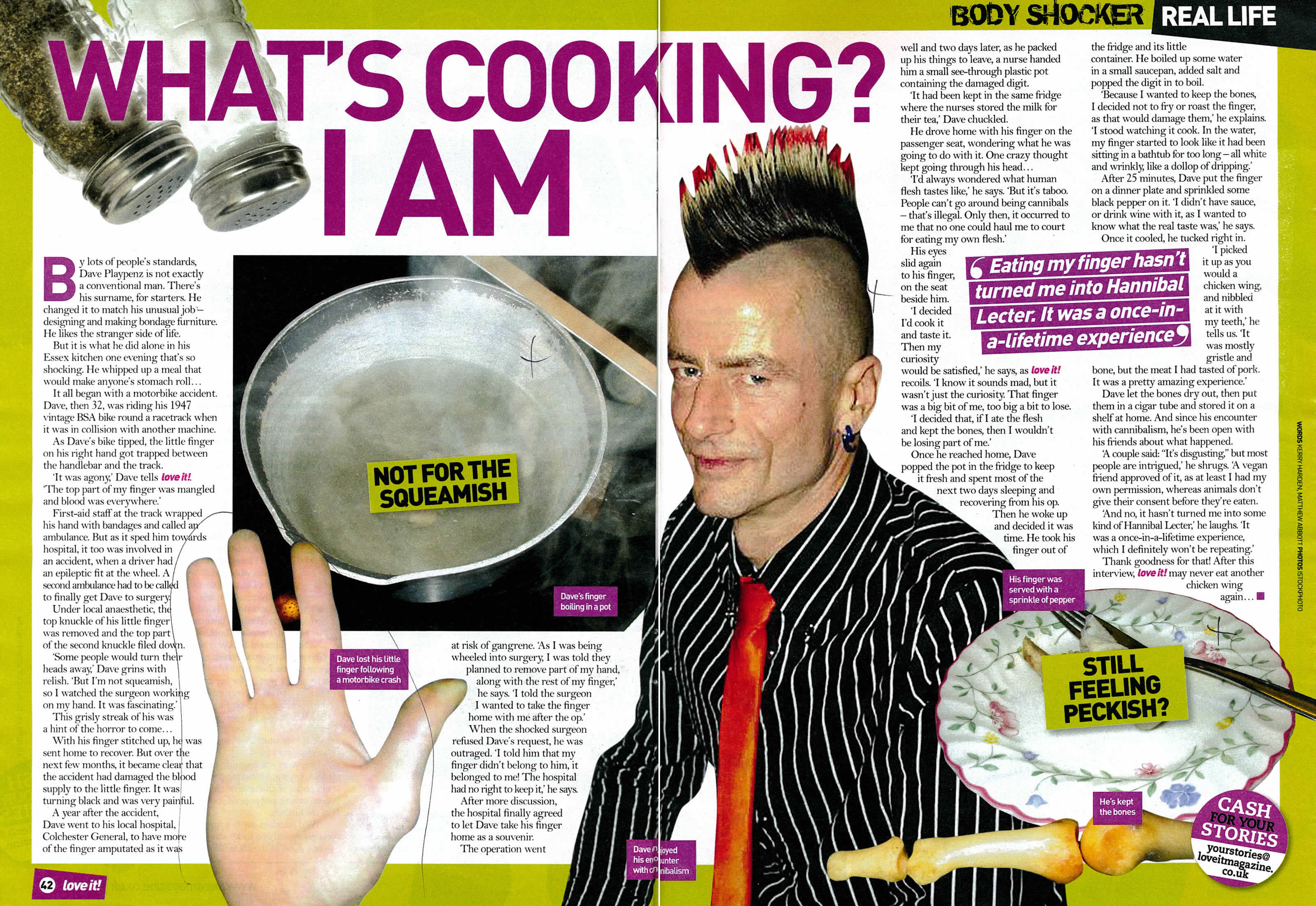 The phrase finger-lickin’ good has never been more appropriate than in the case of Dave’s post-op snack. That’s because the finger the barmy Hannibal Lector wannabe was lickin’ was also the finger he was eating: the pinky from his right hand, boiled and salted, and nibbled like a spare rib.

A BIKER who lost a finger in a horrific smash stunned medics by taking home the severed digit . . . then cooking and EATING it!

Motorbike nut Dave was racing with a sidecar when a competitor clipped his wheel, sending him flying. Dave, 40, was left with a gaping hole in one foot and a monstrously mangled right hand. Surgeons tried to save Dave’s pummeled pinky, but it didn’t heal well and started to show signs of gangrene. Docs decided that Dave’s whole finger would need to be cut off. And it was then the former welder decided he wanted to eat his own amputated appendage. 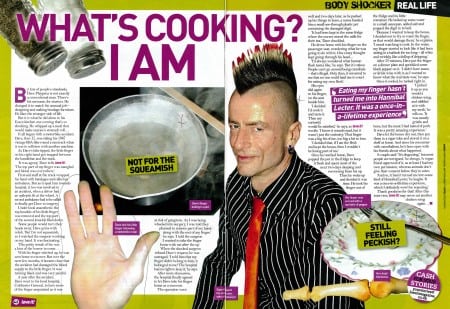 He says: “It felt like I had a once-in-a-lifetime opportunity to taste something truly taboo, – plus it was my finger and I wanted the bugger back. It looked like it had been sitting in a bathtub, though – all white and wrinkly, like a dollop of dripping.”

Back in his kitchen Dave simmered his finger in a pan of boiling water for 25 minutes, medium heat, before seasoning it and then eating it – pure cannibalism! He added: “My finger probably would have tasted nicer if I’d roasted it or fried it. When my girlfriend came in after I’d had my ‘lunch’, she sniffed at the air and asked if I was cooking pork. And to be fair, it did smell a bit like bacon. It certainly tasted like spare ribs!”

Dave now keeps the bones in a cigar tube and is planning on having them made into a necklace.

Did you know that you can make money from your own quirky, funny or bizarre stories?  Read more on the Sell My Story page.