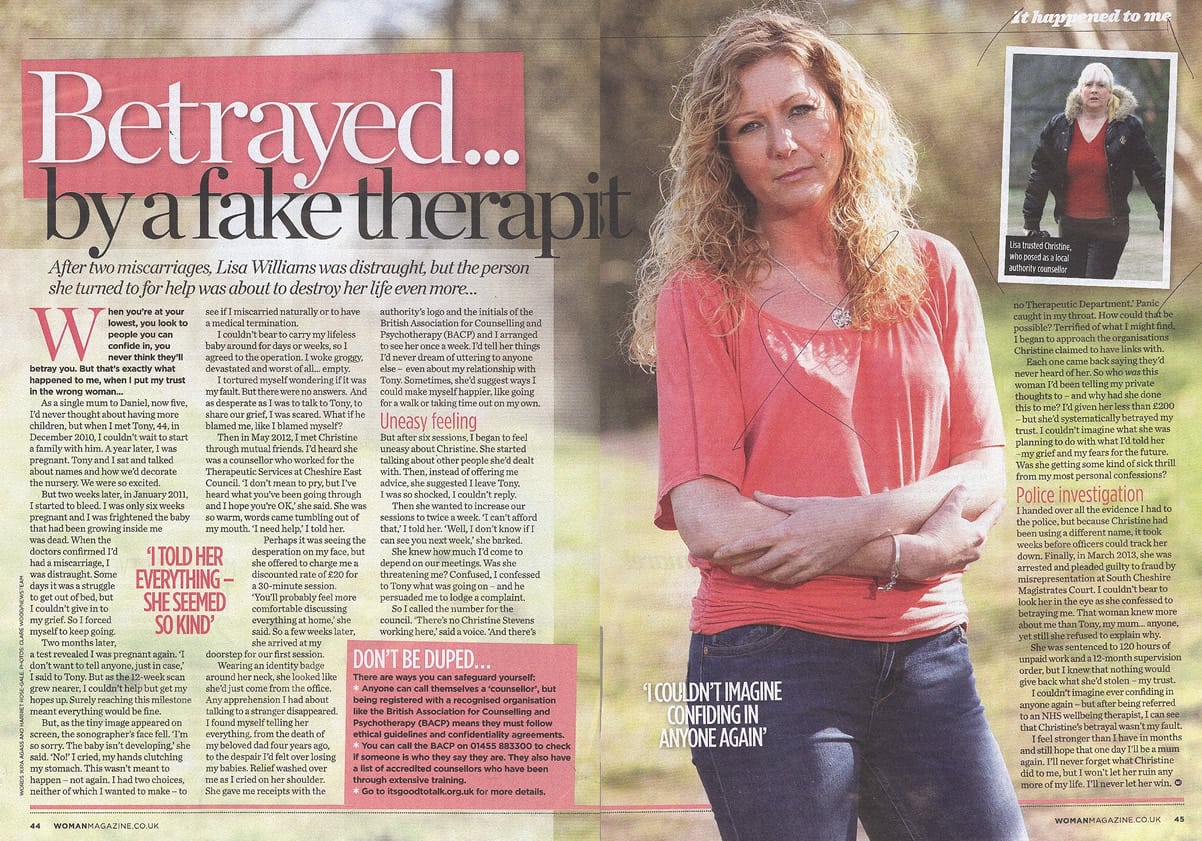 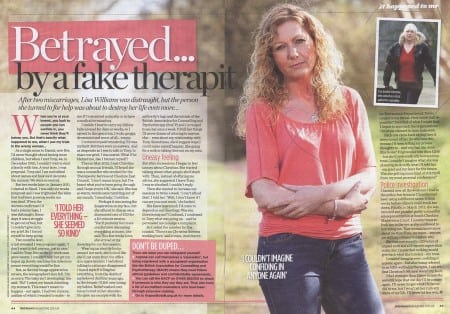 Christine was ordered to repay the cash and carry out 120 hours of unpaid work.
She was also made the subject of a 12-month supervision order and told to pay £85 costs plus a £65 victim surcharge.
What she has put me through affected me deeply and caused me major anguish, distress and upset.
I feel as if I am always looking over my shoulder and I don’t know who I can trust any more.
I was looking for help and believed I could pay for a service and receive one, but Christine has shattered my confidence and left me in a worse place than I was in beforehand.
She left me feeling as if my soul had been burgled.
I was under the impression she worked for the council so assumed she would have had the relevant experience, qualifications and checks done on her.
Now I’m speaking to a fully qualified counsellor and I’ve had hypnotherapy which means I’m in a much better place.
I just hope other people aren’t duped like I was.
I would urge anyone seeking counselling to check credentials thoroughly.
ENDS