Although Glyn Martin, 62, is very much alive and rotting in a prison cell somewhere in South Wales, according Nicola Melrose he died on October 14th 2003. That was the day she learned who her ‘father’ really was, and the terrible role she had been forced to play in his depraved fantasies.  He had systematically drugged Nicola and her friends in order to carry out his horrific fantasies whilst they were knocked-out. 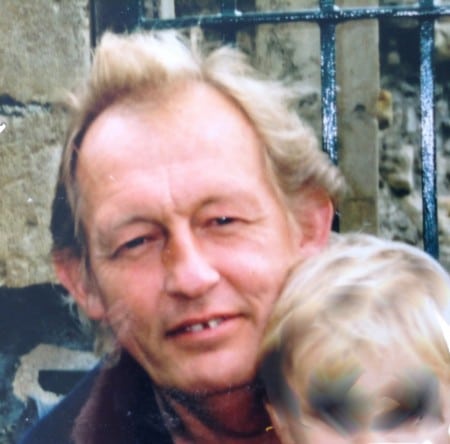 Twenty years old and seven months pregnant with her second child, Nicola was taken to the local police station in Doncaster and shown a selection of images she describes as ‘the stuff of nightmares’.

Unbeknown to her, the pictures were of her school friends: drugged, naked and covered in fake blood and face paint to simulate their deaths. The bodies looked limp, stupefied; faceless in carefully framed pictures, with boards saying what their ‘captor’ wanted to do, or ‘had done’.

One read: “The girl she is nine. She is dead. I put my hand on her throat, it didn’t take long.” One girl was positioned in such a way as to simulate her screaming as her throat was cut.

Their captor was in some of the shots, wearing a hockey mask like Jason from the Friday the 13th horror movies. Across the mask were the words ‘Child Killer’. Other pictures showed girls with pokers, swords and crossbows pointed at their bodies.

Nicola didn’t recognise any of the victims. She couldn’t identify Glyn. But she knew it was him – she recognised the familiar pattern on the duvet covers. The police already had Glyn, anyway. The photographs had been found in one of his lock-ups. But Nicola couldn’t tell the locations of where other pictures had been taken, of beaches, woodland, and freshly dug holes she says were the size of human hands.

Over the following two years, Nicola learned that there were over 6,000 indecent photographs like these involving more than 2,000 drugged girls. Another 12,000 images on hundreds of rolls of undeveloped film featured 1,100 more girls – each image accompanied by a corresponding diary entry – taken between the mid-1980s and 2003. 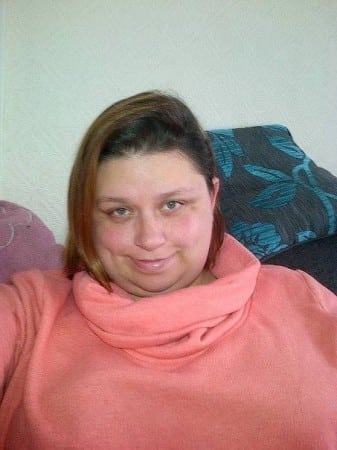 Despite the police begging her to look at them to help identify the victims, Nicola could only manage to look at a few. She couldn’t identify any of them. But what made this fact even more frightening for Nicola, was that she didn’t know if any of the pictures were of her. Nobody did, or ever would.

What she did know, and what would stick with her forever, was that Glyn had used her to lure the girls to their flat for sleepovers. Once there, Glyn would insist they take a ‘vitamin’ with their hot chocolate, leaving their bodies ‘stupefied’ so he could strip them, abuse them and carry out his sick murder fantasies.

“When I first realised what he had been doing, I cried. Then I vomited. I stayed in that state for three months,” Nicola says. “I used to be such a deep sleeper, but when I first left home, I had trouble sleeping. Glyn had been sedating us so regularly, I was having withdrawal symptoms. Thank god for small mercies none of the girls have any recollection of what he did to them.” It’s an old phrase for a woman of 30 to be using. But she admits the revelations surrounding Glyn’s decade of terror have taken their toll. 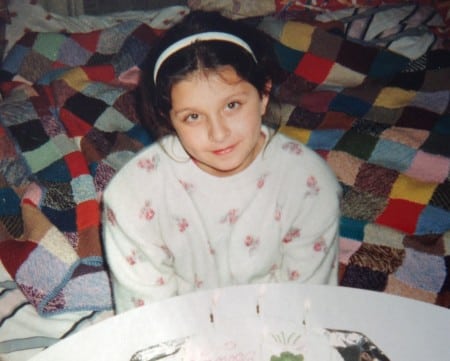 It all began when Glyn ‘rescued’ Nicola from a drunken father and a mother who didn’t care. Shadowing a social worker, he made regular visits to Nicola’s parents before officially adopting her in 1989. “I remember feeling as though all my birthdays, Christmases and Easters had come at once,” Nicola says. “He took care of me, washed my clothes, and fed me. I was drawn to him, like no one else. “I remember sitting on his knee, being bounced up and down, and feeling like the happiest person in the world.

“He was such an attentive and loving father figure. He would attend every school outing, sports day or children’s event that I took part in. I asked him once why he didn’t have a wife or girlfriend. He said ‘I’m having too much fun being a dad’.”

In 1993, Glyn was arrested after a parent complained that some pictures he had taken, at a gymnasium he ran, were indecent. Police interviewed Nicola who was 11 at the time. She remembers Glyn saying that she should dress nice for her interview with the solicitor. Nicola told the solicitor she was well looked after and that Glyn was a ‘wonderful foster father’. All the charges against him were dropped, and within a few weeks social services paid him over £5,000 in back pay for the foster allowance they had withheld due to the investigation. “He took me out for fish and chips to celebrate,” says Nicola.

Looking back, Nicola believes social services made a terminal mistake letting the adoption continue. “That they let this man go unchecked for another ten years just shows how flawed the department is,” says Nicola. “There were no visits, no more questions, and no follow up investigation. They just forgot about me.” 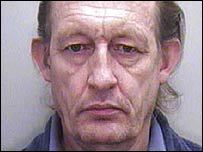 After the arrest, things carried on as normal. Glyn was, by all counts, a doting father. Nicola says he would walk her to school every morning, even when other kids, who by then were old enough to make their own way, were walking alone. He would always encourage her to have sleepovers, and to invite her friends on days out, or to his face-painting stand on the beach-front. And always, without fail, Glyn would have his Canon E05 camera.

“It was his pride and joy, his prized possession,” says Nicola. “He took it everywhere with him, every day out; he had it at the face-painting stand and shop we had, and he would clean it religiously. “I understood that people took care of their things, but Glyn took care of that camera, like nothing else.”

It would prove to be Glyn’s undoing. Along with film, camera equipment, photographs, and a library of cuttings on child killers such as Ian Huntley and Robert Black, builders renovating one of his properties found a list recording his crimes. In his ‘laboratory’, Glyn had maintained a detailed diary of his actions and fantasies including notes and diagrams depicting young girls. The police were so concerned with the severity of what they found, they tested Glyn’s DNA against material from unsolved murders and rapes.

Judge Michael Mettyear of Hull Crown Court said: “All the evidence in the case indicates you are a determined paedophile. Your offences were carefully prepared and calculated. Your victims were young and numerous. “You worked hard to put yourself in a position to carry out your perverted activities. It is also clear…that you wished to commit further unspeakable crimes against children, including their abduction, rape, torture and murder.”

“I needed answers,” says Nicola. “I visited him in prison and demanded that this man, who had been my saviour, who had raised me, and looked after me, admit what he had done. When he leaned forward and held my hand and said: ‘I’ll be home soon’, I lost it. They had to drag me out of that prison, kicking and screaming.”

Glyn went on to plead guilty to 57 counts of indecent assault, child abduction, indecency with a child, administering noxious substances and taking indecent photographs. He was sentenced to 18 years, with no parole.

“He was grooming me from the moment he met me,” says Nicola. “He saw me as a way of getting to other girls. I was his meal ticket, his bait, his lure. He knew the domestic situation I came from, and how vulnerable I was. And he strived to maintain a control over me right up until I left home at 16. I hope he dies of something horrible before he gets out so I never have to see or hear from him again.”

If you have been the victim of a terrible crime and you’d like to share your story, get in touch today by completing the quick contact form on this page.  You can help those in a similar situation, and make money for yourself or a charity of your choice.  Our features team has extensive experience dealing with sensitive and shocking stories.  You’re in safe hands with Britain’s oldest, largest and most trusted media agency.

You can read more about selling stories to the press here: sellusyourstory.com/sell-my-story