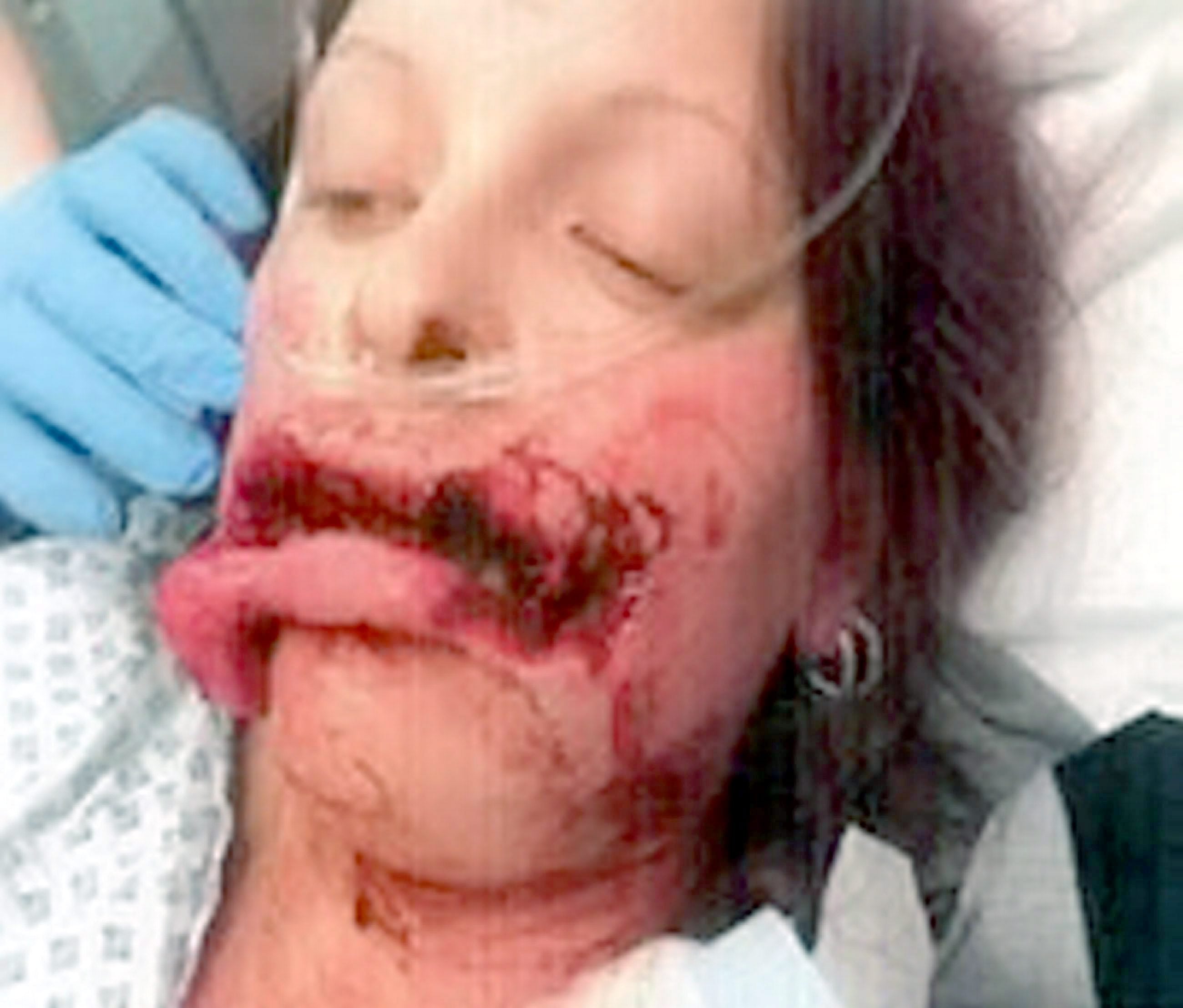 A dog owner is the first in Britain to be prosecuted under tough new laws after her SEVEN-STONE American Akita savaged a heavily pregnant woman leaving her scarred for life.

Laura Holmes suffered horrific facial injuries in the terrifying dog attack on May 14 this year – one day after police were given new powers to prosecute irresponsible dog owners.

The 21-year-old still has trouble eating and drinking after her bottom lip was partially bitten off by the nine-year-old dog, called Koda. She also needed more than 60 stitches in her face and suffered deep bites and scratches to her arms and legs. The dog’s owner Tracie Taylor, 49, was the first person in Britain to be charged after changes were made to the 1991 Dangerous Dogs Act. 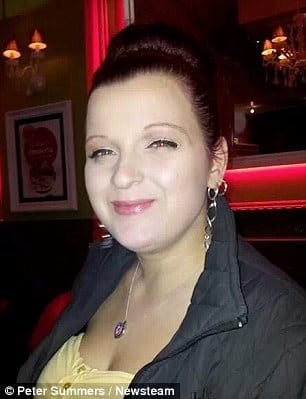 Before the changes came into force, owners were immune from prosecution if their pet attacked a person in a private residence. On Tuesday (4/11) Taylor was handed a 16-week prison sentence suspended for 12 months when she admitted “having a dog dangerously out of control” at Nottingham Magistrates’ Court. She was also banned from owning animals for life and ordered to pay Laura £1,000 in compensation. The court ordered the dog, which weighed 50kg (7.8 stone) to be destroyed.

Shockingly, the court heard Koda had previously mauled another person in 2009 but Taylor escaped prosecution because the attack did not happen in a public place. Chairman of the bench Geoff Jordan said: “We accept no amount of money could compensate the victim. It is not the court’s view that this is how much the injury is worth and if we could award more we would.” 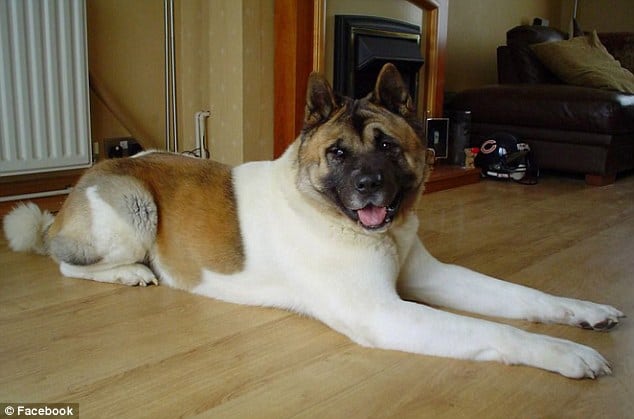 Laura was seven months pregnant when she was attacked by Koda after visiting her friend Taylor at her home in Hope Close, The Meadows, Notts. Prosecutor David Miles said: “Laura went upstairs and saw the dog looking out of the window. She sat on the bed and looked at her phone and with no warning the dog bit her face. She tried to get off the bed and the dog then bit her on the right arm and as she turned away from the animal it bit her on the left leg. Laura ran from the room to the bathroom but the dog managed to get hold of her left arm this time and started to pull. She managed to get in the bathroom and when she looked down she saw her own flesh in the sink. The defendant’s daughter took down the mirror so she could not look at what had happened.”

Taylor, who represented herself in court, said: “I can’t sleep at night and have considered ending it all. I am leaving Nottingham because it is not fair that the family have to see me all the time after what happened.” 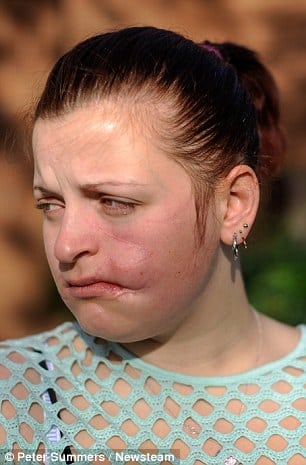 Laura gave birth to baby Nathaniel, now 15 weeks old, by caesarean section after medics feared her wounds would rupture during a natural labour. She has already had one lengthy operation to treat the injuries to her face and body and will have further facial surgery in December. Yesterday (Wed) Laura, also from The Meadows, Notts., said: “When it happened I just thought I was going to die and that was it. The dog chased me through two rooms, it did not want to stop. There was no barking or growling, it just went for my face and that was that.”

“When that dog jumped on me I had no time to react. It was so quick. He just didn’t want to let me go. But while he did this to me, it wasn’t his fault. I couldn’t look myself in the mirror for weeks afterwards, when I eventually forced myself I just wanted to crawl into bed not get up again. I feel lucky to be alive, but this is the worst thing that has ever happened to me and I am reminded about it all the time, every day. There is no amount of money that could make up for what has happened.”

“This never should have happened to me because it bit someone before but nothing was done about it. There will be no right way to tell my son what happened to my face when he is older. It could have killed a young person and the doctor said I was lucky to be alive.” 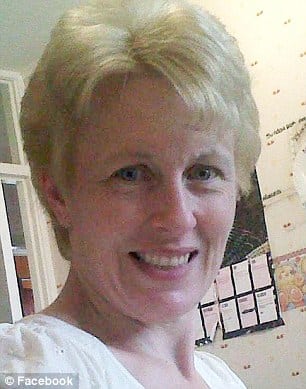 “I had to have all my hair cut off because it was blood soaked and I wasn’t allowed to wash my face after the first surgery which took six-and-a-half hours. It’s hard going outside because people stare at me and jump to conclusions. I’m really conscious about not scaring children.”

“It’s remarkable what the doctors have been able to do for me. I was told that I could have lost my own life and that of my son’s that night. Thankfully we survived, but the attack meant I wasn’t able to give birth naturally because there was too much of a risk of rupturing my wounds.”

Dogs legislation officer PC Steve Feary, of Nottinghamshire Police, said: “I believe this is the first conviction of its kind since the change to the dog laws earlier this year. Laura was badly injured that evening and she will carry the physical scars with her for the rest of her life, not to mention the psychological effects she continues to battle, and all this while trying to raise a new baby. I hope this serves as reminder that being a pet owner, and particularly a dog owner, brings with it accountability. If someone dies as a result of your dog attacking them you could face up to 14 years’ imprisonment. If they are injured it’s up to five years.”

If you have a story that you would like to share with the press, please get in touch today (you can use our online contact form, or call our office hotline).  We will help you tell your story for the highest figure possible.  Whether you’d like to raise awareness of an issue, raise money for a charity, or just tell your side of the story, we are here to help.  Our friendly, helpful and dedicated features team help write hundreds of stories every year.