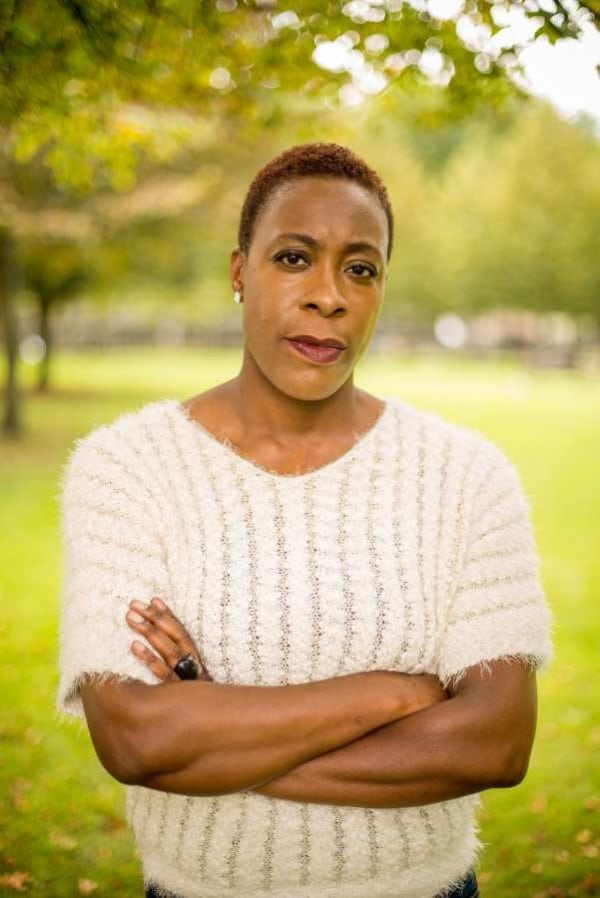 “When Thomas and I took those photos, we were in love and planning on getting married. I sent him one picture and the others he took of me himself. They were for our eyes only and I trusted him to keep them between us. We were in a happy relationship and it never crossed my mind that Thomas would share the pictures publicly and use them against me. When I discovered he’d put them online and they’d been viewed by my family, friends and the people I worked with I felt sick to the stomach. I felt raped, numb and crushed. It was so violating.”

The office manager, from Bristol, met customer advisor Thomas, in January 2012 through a mutual friend. Within four months Thomas had invited Folami, 44, and her teenage son to move in with him. “When we first got together I thought ‘wow’ and I told my kids: ‘he’s the one’. I was besotted. We seemed to have so much in common,” she says. “From the word go, Thomas and I discussed getting married and we started looking for rings, a venue and my dress. “Thomas told me he was planning on officially proposing to me last Christmas. It didn’t happen though.

“He said he’d been to buy an engagement ring but they didn’t have the right size. “Looking back I don’t know whether he was telling the truth. Either way I think I had a lucky escape.” Not long into their two-year romance Thomas’s vindictive side began to show. Folami says: “He soon went from caring and thoughtful to controlling, manipulative and jealous. “Thomas would regularly get angry about the things I would say, the clothes I wore and me wanting to spend time with my friends and family. “He liked his own company and preferred me to stay in with him rather than see anyone else.

“Thomas would claim he didn’t mind me socialising, but if I did he would call me all the names under the sun. “If he took issue with an outfit I was wearing he’d call me a slut. In rows he’d say the C-word in earshot of my son. “Then later Thomas would claim he didn’t mean any of it and tell me he loved me. “Eventually I couldn’t cope with it any longer. “It wasn’t fair to put my son through it either. He was having to listen to Thomas being disrespectful towards me. “I knew we both deserved better.” Folami first split with Thomas in January this year. 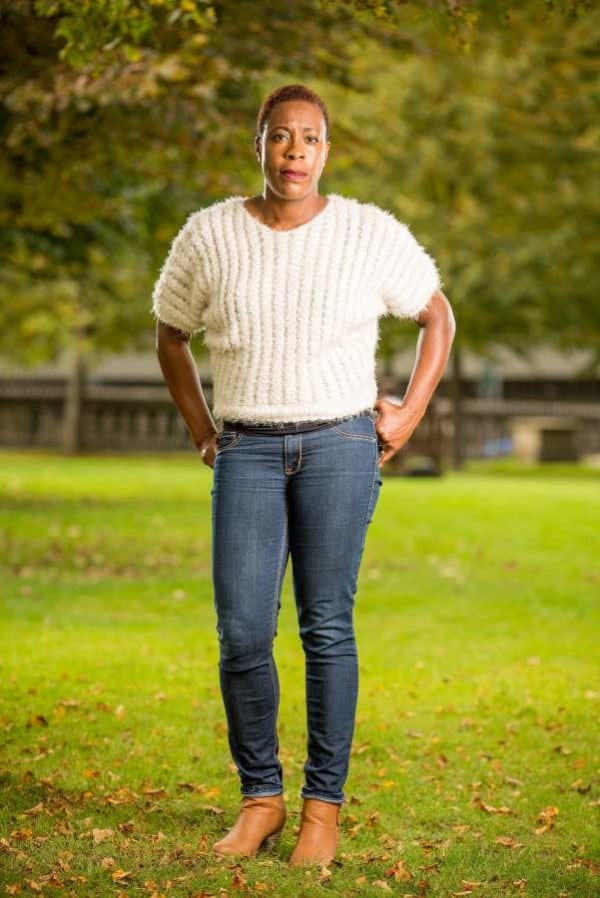 She says: “When I broke up with him he kicked my son and I out. “We moved in with my brother, and for a few months Thomas and I tried to make things work between us. “But me not being there every day was killing him. He hated not knowing where I was and what I was doing at all times. “He had become so nasty, I couldn’t cope with it anymore. In March I left him for good.” Not long after, Folami discovered her former partner had uploaded the intimate photos they had taken to Facebook. He had set up a fake profile in Folami’s name – adding more than 15 of her friends, family and work colleagues in the process.

The pictures he posted included two of her performing a sexual act and three others of an intimate nature. They were removed by the social networking site within hours, but by then it was too late. Many of Folami’s friends, relatives and colleagues had already seen them. She later learned they had also been shared on porn websites. Folami says: “A week after we broke up Thomas started sending me text messages warning me not to tell other people our business. “He asked me why I had been talking about him; I told him I hadn’t. “I think his neighbours probably saw me moving out and started asking him questions which annoyed him and made him think I had been gossiping.”

Thomas then sent a more sinister message. It read: ‘I see you like telling everyone our business… I know how much you love to share and I also know you love to show everyone what you’ve got visually so I thought as we’re divulging private info you won’t mind if I share a few photos of our time together with your friends.’ Folami says: “I knew he was threatening to reveal our private pictures, but I just ignored him. “I knew he didn’t drive and thought if he was walking and bumped into any of my friends they wouldn’t stop for him to show them indecent images.

“I didn’t even consider he might plaster them all over the internet. “But a few hours later my phone started going off with messages and calls. “My friends and family were telling me they’d received a friend request from me on Facebook, although we were already friends on there. “Assuming I was setting up a new profile, a few of them had accepted the request and seen the graphic photos Thomas had put online. “I knew I needed to see it for myself. “I was helping my daughter to move, and we were in the car at the time. “She used her phone to search my name and found two profiles come up – my real one and another which had the same profile picture of me.

“She clicked on it and became hysterical. “I couldn’t believe it. I was devastated and completely in shock. “She said: ‘Mum, I don’t understand how you can be so calm.’ “I told her: ‘If I’m not, I won’t be able to think straight.’ “Although it was deeply distressing, I knew I had to remain level-headed. “Confronting Thomas wouldn’t help the situation. It’d probably only have made things worse, so the first thing I did was contact the police. “I rang them and the call handler told me to get the pictures taken down.

“She shouldn’t have given that advice as the officers later told me they needed to see the pictures as evidence, but we didn’t realise that then. “My daughter clicked through each of the pictures and report them individually for abuse. They were removed not long after.” Folami thought that was the end of Thomas’ abuse, but when the local newspaper reported on the court case more evidence of his vile behaviour emerged. Folami said: “An article came out and I was contacted by the director of HR at my work place who informed me that the photos were still on the internet. “I was told if I type my name into Google the pictures appeared. They had been uploaded to porn websites as well as Facebook.

“I easily found them online and this time the police took screen shots. “I was mortified that Thomas had gone so far. This time I couldn’t help but cry with disbelief and anger.” At Bristol Magistrates’ Court, Thomas Samuel admitted sending a communication conveying indecent images. He was handed six months behind bars, suspended for two years. Folami says: “Thomas’ sentence doesn’t reflect the seriousness of the crime, but if I had done nothing he would have got nothing. “At least this way he hasn’t completely got away with it. He has a criminal record and he’s lost his job.

“You only need to search his name online to read about what he’s done. “Other women will see his name, whether it’s weeks, months or years down the line and if they type it into Google they’ll be made aware of his past.” She adds: “I think revenge porn definitely needs to be a specific crime. The internet isn’t policed. You can get away with virtually anything online now. “It’s growing so fast and the safeguards aren’t being put in place quickly enough to protect people’s privacy. “I would say to other victims: ‘Don’t sit and do nothing, go to the police.’

If you have a story that you would like to sell to the press to help those in a similar situation, we’d like to hear from you.  We supply over 20% of all news content and we are always on the hunt for new stories.  We guarantee you the highest fee, and we’ll handle the whole process for you.  Read more about selling a story here: https://www.sellusyourstory.com/sell-my-story/