The team at SellUsYourStory.com help thousands of people share their story with the press each year to raise awareness for important causes.  Meet one brave little boy who is battling a rare condition and needs to raise as much awareness about it as possible.

This week we helped Sheona and Gordon share their story about their son who appears to be the “picture of health” on the outside, but is battling a rare combination of illnesses, which has left doctors scratching their heads.

Dylan Kennedy, six, has already had several major operations in his short life as he battles with a rare heart problem called Tetralogy of Fallots. The congenital heart defect involves four anatomical abnormalities in the heart. It causes a low oxygenation of blood, with symptoms including a heart murmur and delayed growth and development. But Dylan is also suffering from pulmonary hypertension, meaning he has fewer branches in his lungs, causing him breathing issues.

The combination of the two illnesses, as well as other health problems has left doctors scratching their heads as it is rare for a child to suffer from both Tetralogy of Fallots and permanent pulmonary hypertension. The youngster from Dumbarton, Dunbartonshire, has undergone genetic testing to try to work out if there are defects in his DNA – and if he is even in his own “category” of genetic illness. 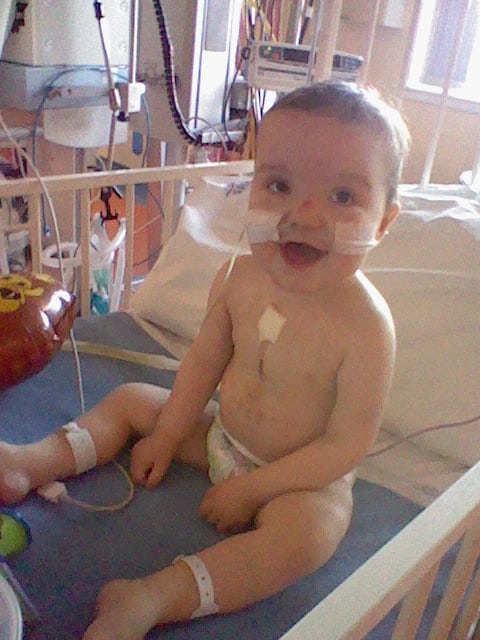 His parents, Sheona and Gordon, have already been through a number of hospital visits and will be forced to go through more in the future, despite Dylan appearing relatively healthy on the outside.

Sheona, 41, said: “Dylan is extremely ill. On the outside to look at him you would never know — he looks the picture of health. “Dylan can walk to school and back, other days he has to take a buggy. “He is asymptomatic.

“It’s difficult knowing when he is getting sicker — that’s the scary thing as a mum.” When Dylan was just 36 hours old doctors discovered he was ill.

Sheona said: “The paediatrician said he had a bit of a heart murmur, and we got a second opinion, thinking it would be fine. “We were asked if we wanted to come to a quiet room and our world fell apart when we knew there was something wrong with our baby.”

Since then, Dylan had open heart surgery both at 16 months old and at three years old, where his pulmonary valve was replaced with a bovine valve. During his first surgery, at Yorkhill Hospital in Glasgow, they repaired a hole in his heart and fixed some other defects. 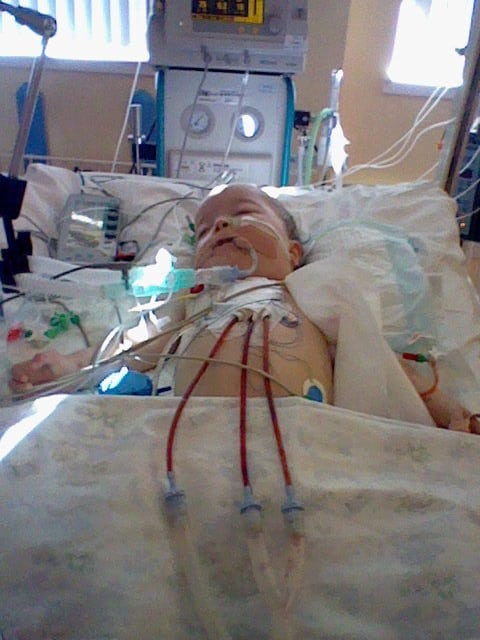 But afterwards his parents spent a worrying few weeks in hospital as Dylan struggled to get better. They then discovered he had pulmonary hypertension – which sometimes develops temporarily after surgery, but in Dylan’s case was permanent as he had been born with the condition.

Doctors put off doing his second major surgery as they were concerned he would not survive it. Sheona, who is also mum to Sam, nine, and Mikayla, four, said: “He needed another open heart surgery but it was too risky as doctors thought they could lose him on the table.

“He went on for a few more months showing no symptoms of being ill. He was literally losing his life and we would never have known to look at him.”

Doctors eventually decided it was worth the risk and did the operation, warning it would take a long time for Dylan to get back on his feet. His mum said: “We were told months and months of recovery. If we could get him home for Christmas we would be happy, then eight days after the surgery my boy walked off the ward and went home. No one can explain it.”

Three years ago, Dylan, who also struggles with his speech due to a vocal cord paralysis, was put forward for genetic testing to try to explain his illness. Sheona said: “He has so many issues that aren’t linked to Tetralogy of Fallots it could be genetic. 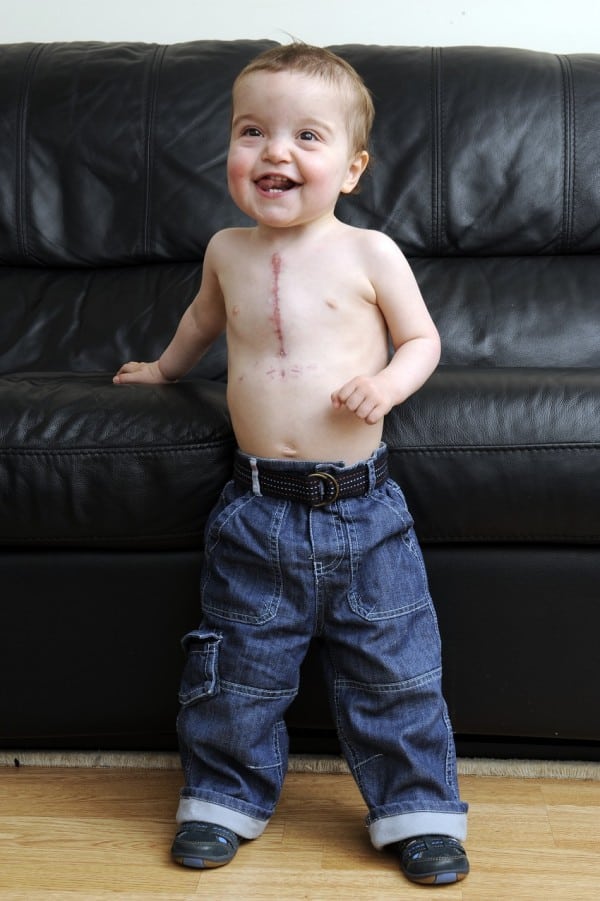 “It’s definitely something but we don’t know what. The geneticist said he had a larger than normal tongue for his mouth and there were other things she could notice facially. “They take a strand of DNA and others and can strip it down to the tiniest defect.

“Three years down the line we have not had any details back. It’s not to say they haven’t found something but he maybe does not fit into a category. “They try to find patients have that similar or the same traits. He may have a unique category of his own. It could take 15 or 20 years down the line before we get a call where they find other people.

“There could be one unique individual with those traits.” Dylan’s parents have no idea what the future holds for their little boy, with the possibility of a pacemaker being fitted, or even having to undergo a double transplant if his heart were to completely fail.

He visits doctors every six months for a check up on his health. Sheona said: “He is starting to realise the seriousness of being unwell. But it’s amazing what he does achieve considering how poorly he is on the inside.

“He doesn’t let it get him down.” After spending so much time at the former Yorkhill Children’s Hospital in Glasgow, Sheona has nothing but praise for the staff. She said: “We hold the staff in that hospital on such a high level. We’ve had nothing but positive care. I can’t say anything bad about them – I idolise them.”

Yorkhill Children’s Charity has launched an appeal to raise funds to help children like Dylan with heart defects. Any money raised in their campaign would go towards buying a #150,000 4D cardiac scanner – one of three at the new Royal Hospital for Children and the first of their kind in the UK. It can diagnose and treat heart conditions more quickly and effectively, even in unborn babies.

Heart defects are the most common problem a baby can be born with. The scanners will be used in three areas of the hospital – intensive care, the catheter laboratory and the main cardiology department.

If you would like to raise awareness of an important cause or issue that directly affects you or your loved ones, get in touch today and we’ll do what we can to help.  Our service is completely free and we’ll secure you the highest fee available from magazines and newspapers wishing to use your story.

You can read more about the process of selling a story to the press here: Sell My Story, and you can see a small selection of recent client’s stories below…