Meet inspiring baby Dexter who was born at 22 weeks and weighed 1lb 3oz.  We helped secure Dexter a magazine deal to share his story with other parents who are going through a similar situation.

As I put away the washing up, I rubbed my tiny bulge with a mixture of excitement and dread. 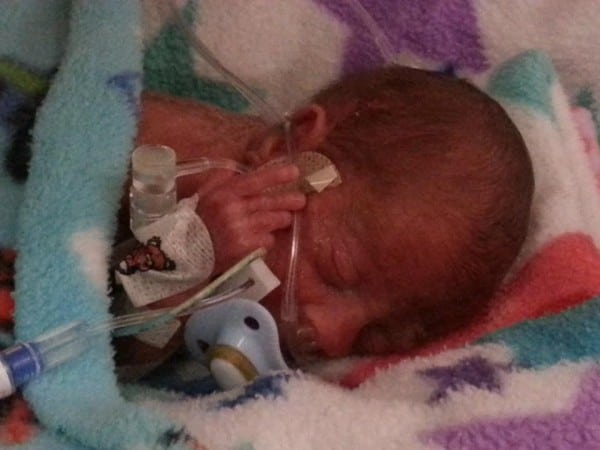 I was 20 weeks pregnant and my little baby bump was starting to show. After losing Lucy last year at just 22 weeks, losing the bump I had already named Dexter would be heart-breaking. “How’s our little Dextty doing?” asked my partner Mark, 48.

He touched my tummy and smiled at me. “He’s good,” I said with a hint of uncertainty. I couldn’t become excited about Dexter, I was petrified about losing my little boy like I lost Lucy. Lucy only survived for an hour and 15 minutes after she was born nearly four months early. At the 22 week mark, I started to pray.

“Please get past the 24th week,” I whispered to Dexter, holding my belly. The doctors told me that if Dexter was to be born early like Lucy, then he’d stand a much better chance of survival if he could get to 24 weeks. But at 23 weeks, as I was vacuuming the living room, I suddenly started to feel really odd. The feeling felt ever so familiar and my heart sank knowing something wasn’t right. 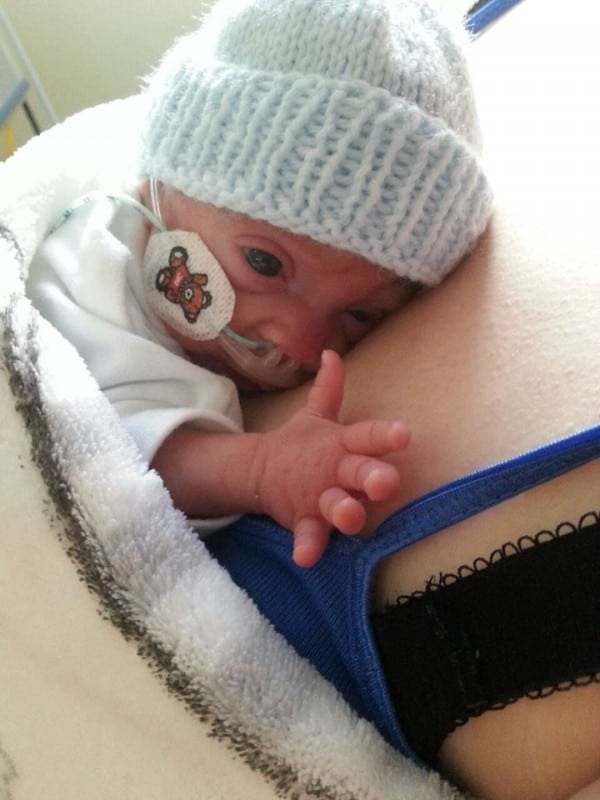 I booked an appointment and a few days later the doctors told me the most devastating thing I could have heard. “I’m really sorry, Nina, but you’re 2cm dilated and it looks like Dexter’s going to make an early appearance.” I looked up at Mark and burst out crying. “Not again!” I sobbed. Following in his big sister’s footsteps, Dexter’s early arrival was becoming inevitable, and that if he was born within the next week, he’d only have a 5% chance of survival.

My world fell apart. “There’s no way I’m losing him,” I sobbed to Mark. “I can’t go through this again.” He rubbed my head to comfort me but nothing could console me. “Our only option is to insert an Arabin pessary,” the doctor explained. He went on to say that the pessary is used to treat pregnant women with cervical incompetence in order to support the cervix and keep the baby inside the womb for as long as possible.

“It should hopefully delay Dexter’s early arrival for a week or two,” he said. “Every day that goes by, his chances increase a little more.” But two days later and Dexter just wasn’t responding. He was determined to come out, even though he wasn’t ready and nowhere near developed enough to survive. After four hours of labour, by tiny baby Dexter had arrived. He was only 22 weeks old. Just 154 days. 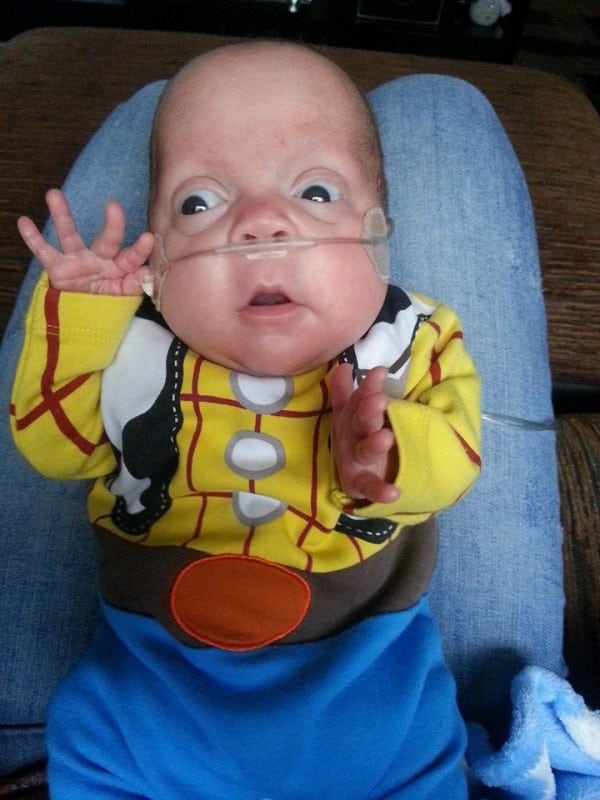 Dexter was the size of a fig and hadn’t even developed his eye colour yet. He was whisked away from my grasp before I could even meet him. He weighed a tiny 1lb 3oz, the same weight as a tennis ball and he was rushed into intensive care where he was put into a sandwich bag and hooked up to oxygen, wires and chemicals while doctors made great efforts to keep him alive.

Dexter had five blood transfusions the night he was born and he had several bleeds on his tiny brain. “Dexter’s condition is critical,” the doctor told me. “He probably won’t make it through the night. I’m really sorry.” He turned his back and walked away. But that night Dexter somehow managed to pull through, and after days of waiting in absolute agony, we could finally meet our little man.

He was so tiny and his skin was see-through and his hands were no larger than a grape. I held him in my arms while wearing a pair of gloves because he was so precious and tiny, it was the nicest feeling in the world. I have finally met my little boy. I looked around the intensive care unit and saw so many small babies. 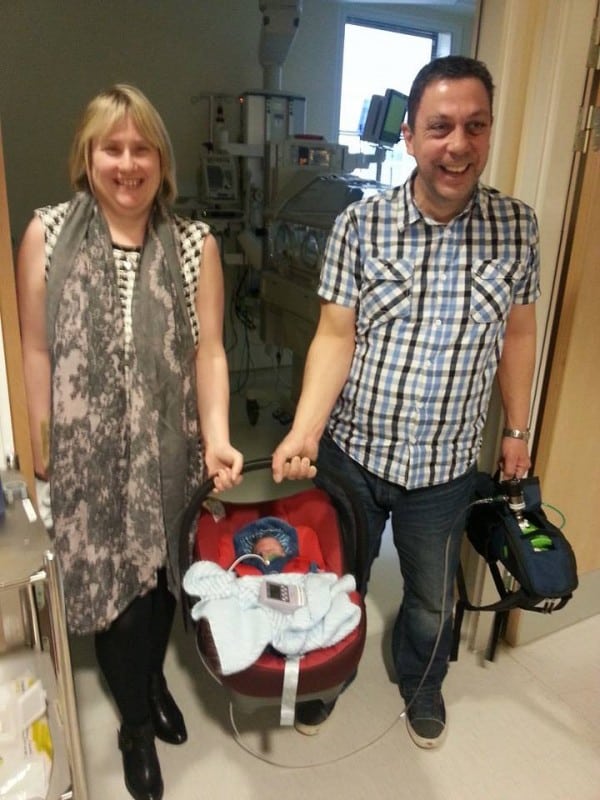 “There are other babies in the here, Mark, and they’re far bigger than Dexter and they aren’t pulling through.” I looked down at him resting in the palm of my hand and prayed that he’ll pull through. Doctors told us there was little hope for Dexter, and Mark and I prepared ourselves for the second time to lose another child at 22 weeks.Amazingly, Dexter spent eight-long weeks at the hospital, where we constantly monitored 24-7, and had yet more blood transfusions to keep him strong.

He was then transferred and treated in Stoke Mandeville’s specialist unit, where it was make or break for our little boy. I was by his side for 13-hours a day until visiting hours were over and Mark visited before and after work. But, after 10 weeks, Dexter bounced back and proved us all wrong. Our little 5% miracle was going from strength to strength.

Dexter now weights 4lbs 2oz and has survived 22 blood transfusions and had had numerous bleeds on his brain. He’s also had a gut infection but he’s fought through it all. At six-months old Dexter is our little hero and is finally home with us. Doctors said Dexter will suffer from chronic lung disease until at least the age of five, and he’ll be hooked up to oxygen while at home and on day trips away. 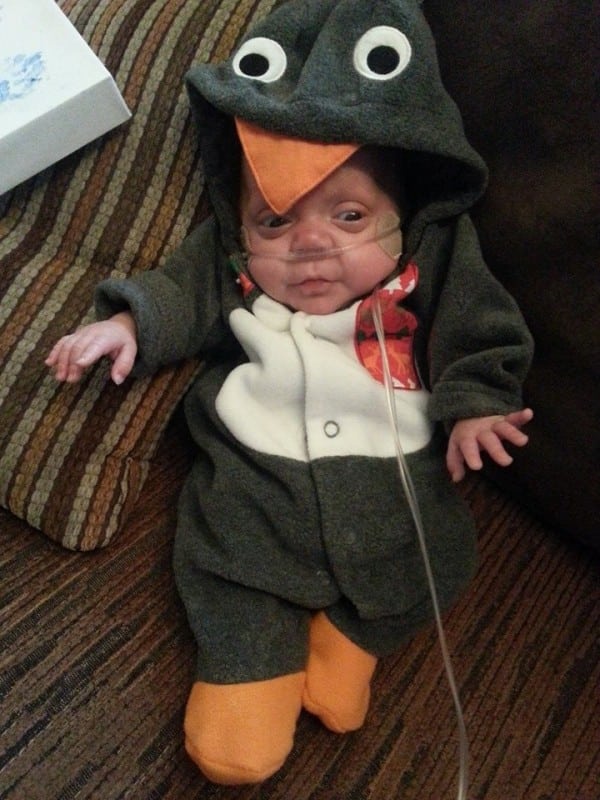 But Mark and I will be forever grateful we still have our little boy by their side. The odds stacked up against him but he pulled through. “I think Lucy is looking down on her brother and looking out for him,” I said to Mark smiling.

If you have a story to share with the press, and would like to help inspire others going through a similar situation, contact us today (using the form on this page). You can read more about how to sell a story to the press on our ‘sell my story’ page: Sell My Story.